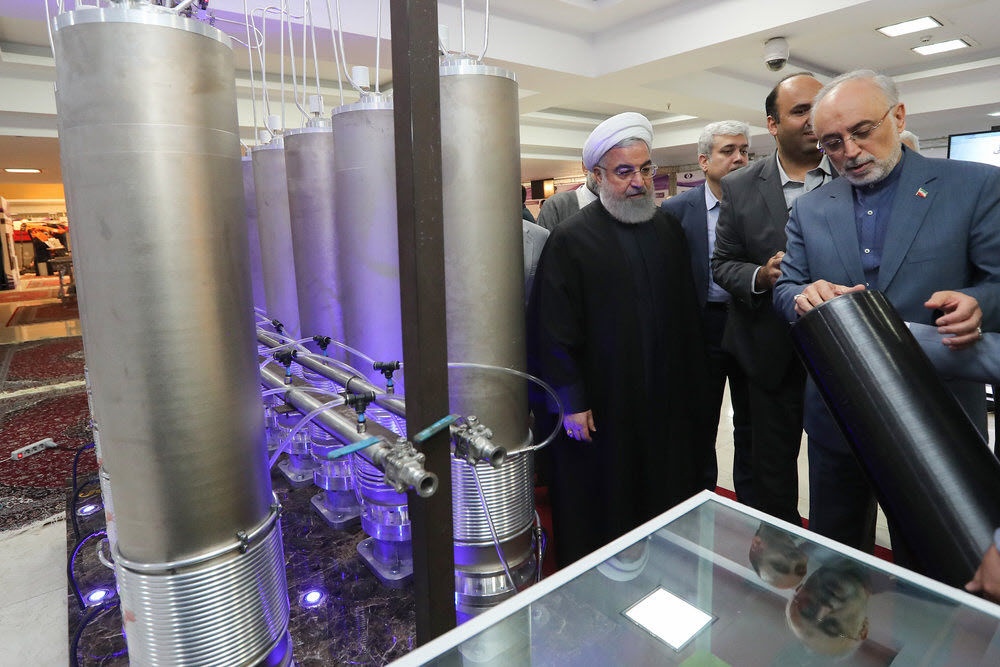 The Iranian regime’s parliament announced its so-called “strategic plan” to force the lifting of international sanctions in December, legalizing the regime’s nuclear extortion. Since then, the regime took its violations of the 2015 Iran’s nuclear deal with world powers to higher levels. The question is will the regime succeed? And what is the right policy to take vis-à-vis the regime in Tehran?

“Iran has informed the Agency that in order to comply with a legal act recently passed by the country’s parliament, the Atomic Energy Organization of Iran intends to produce low-enriched uranium (LEU) up to 20 percent at the Fordow Fuel Enrichment Plant,” the International Atomic Energy Agency said in a statement on Friday, January 1.

The European signatories of the nuclear deal also called this action a “considerable departure” from the agreement, formally known as the Joint Comprehensive Plan of Action (JCPOA).

The regime has never abided by its commitments under the JCPOA terms. The National Council of Resistance of Iran (NCRI), which has played a pivotal role in exposing the regime’s nuclear adventurism had previously exposed in 2017 that despite signing the JCPOA, Tehran had never stopped its quest for obtaining a nuclear bomb.

The regime has also been threatening the international community with violating the “Additional Protocol,” and expelling IAEA inspectors from Iran on January 21.

The regime has always denied its intention of producing nuclear bombs. When in 2003 the NCRI exposed the regime’s nuclear site in Lavizan-Shian near Tehran, the regime quickly destroyed the site to eliminate the evidence of its nuclear program.

But the regime’s new steps in violating the JCPOA, such as leaving the Additional Protocol and the Non-Proliferation Treaty, have confirmed the regime has no intentions but to achieve a nuclear bomb and prolong its ominous rule.

The regime tries to extort the international community, particularly Europe, to provide it with more incentive packages and lift sanctions. Tehran also tries to exploit the political situation in the United States and the change of administration to achieve its malign goals.

Despite their clear violation of the JCPOA, Iranian authorities claim they have not left the JCPOA, and if the U.S. lifts sanctions, the regime will abide by its commitments. These contradictory remarks indicate the regime’s nuclear extortion is not coming from a position of strength.

The regime faces a restive society. Obtaining a nuclear weapon or easing of the international pressure might give the mullahs in Tehran this hope to rule a bit longer. The regime dreams of a return to the “Golden years” of appeasement.

The regime is not in the same position as in 2015. The two major Iran protests in 2018 and 2019 portrayed the regime’s weakness and that it is inauspicious, as well as the Iranian people’s desire for regime change. The ongoing protests inside Iran by all walks of life, identifying the regime as the real source of all economic and social problems, shows the regime has failed in quelling the society or deceiving them by blaming international sanctions as the root of all problems.

On February 9, 2021, Mahmoud Alavi, the Iranian regime’s Minister of Intelligence and Security, acknowledged in an unprecedented fashion that the mullahs are seeking...
Read more
Iran News Now