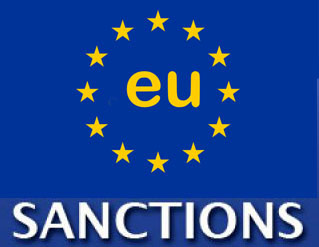 Reuters – Iran on Tuesday rejected as "illogical and wrong" the European Union's plans for tighter sanctions against the Islamic state over its disputed nuclear activities, which the West fears is a cover to build bombs.

Moving beyond a fourth round of U.N. sanctions imposed on Iran last week, the EU will push ahead with plans for tighter sanctions against Iran on Thursday, including measures to stem investment in the energy sector, a draft obtained by Reuters showed.

European Union foreign ministers, who are responsible for agreeing a bloc-wide position ahead of an EU summit on Thursday, signed off on a statement on Monday that goes substantially beyond the fourth round of U.N. sanctions.

Iran has repeatedly shrugged off the impact of international sanctions, but analysts say the new measures could be more painful for the major oil producer because they target Iran's energy sector.

"The carrot and stick policy of the EU is wrong and illogical because such measures would not resolve the issue (Iran's nuclear row with the West)," Foreign Ministry spokesman Ramin Mehmanparast told a weekly news conference.

The EU sanctions will target Iran's "key sectors of the gas and oil industry," trade, including dual-use items, banking and insurance and Iran's transport sector, including shipping and air cargo. The U.S. Congress is also drawing up its own set of additional measures against Iran.

Iran, the world's fifth largest crude oil exporter, has so far refused to suspend its sensitive nuclear work, as demanded by the U.N. Security Council, and said the new resolution will not stop its uranium enrichment work.

"UNSTABLE Behavior"
Iran sits on 11 percent of the world's oil reserves and has the second largest gas reserves. Sanctions imposed since the Islamic Revolution in 1979 have limited Iran's ability to develop its energy sector, including its refining capability.

Iran says it needs around $25 billion a year in oil and gas industry investment and could turn into an importer of oil because of the lack of such funds. But U.N. and U.S. sanctions are deterring energy companies, especially Western ones.

President Mahmoud Ahmadinejad, who said the U.N. sanctions were like a "used handkerchief," criticized on Tuesday the "unstable behavior" of foreign companies over investment in Iran's energy sector.

"Big powers want to impose their will on other nations … we do not need financial support of these countries," Ahmadinejad said, according to state television.

The Islamic state has increasingly turned to Asian firms that are less susceptible to Western political pressure. But they often lack the technology to implement oil and gas projects.

The EU measures are likely to put strong financial pressure on Iran. Sweden, Cyprus, Spain were believed to be opposed to any EU measures that go beyond the U.N. sanctions and Germany was said to have concerns about targeting Iran's oil and gas sector, where it has large investments.

Mehmanparast said Ashton "lost the negotiations opportunity for some months." "Maybe she had some other priorities to deal with. Iran is reviewing Ashton's request for talks with Iranian officials," said Mehmanparast.

Previous articleBrad Sherman: We cannot allow a human rights catastrophe to occur in Camp Ashraf
Next articleDana Rohrabacher: Our goal has to be to side with the people of Iran and replacing that regime