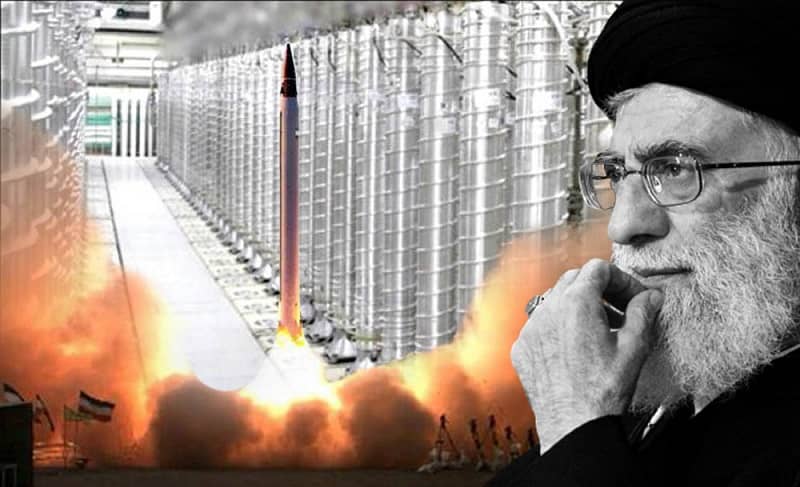 Iranian regime’s Intelligence Minister recently made international headlines with remarks that flew in the face of some of his regime’s most closely-held propaganda regarding the controversial Iranian nuclear program. State media quoted him Mahmoud Alavi as saying that if Western powers “push Iran in that direction, then it wouldn’t be Iran’s fault” if it acquires nuclear weapons capability.

The regime’s official position has always been that it has no intentions for its nuclear material other than power generation and scientific research. But Alavi’s statement acknowledges that the regime has been deceiving the world about its nuclear ambitions.

Certainly, there are lessons in this incident for those policymakers who are responsible for formulating American and European responses to Iran’s nuclear provocations. But there are also broader lessons to be learned from it by those who have influence over Western reactions to any of Iran’s other malign activities. Alavi’s recent statements say as much about the underlying patterns of Iranian propaganda as they do about the truths that that propaganda barely conceals.

In deliberately shifting away from the narrative of an exclusively peaceful nuclear program, Alavi revealed Iran’s tactic of altering its self-representation according to the practical needs of the moment.

In the weeks prior to Alavi’s threat, Tehran was apparently depending upon the newly-inaugurated Biden administration to quickly suspend the economic sanctions its predecessor had re-imposed. By insisting that its intentions had been peaceful, the regime surely expected to promote that outcome. But the US insisted upon Iran resuming compliance with the terms of the 2015 nuclear deal before receiving any sanctions relief, the regime began try to exert more obvious pressure on the new US administration.

Alavi’s threat was not the only example of this shift. Among the latest such provocations was the announcement of the regime’s intention to produce uranium metal, a substance with virtually no function other than as part of the core of a nuclear weapon.

The Intelligence Minister’s statement was noteworthy for the rarity of its positive reference to potential weapons development. It was also noteworthy for its attempt at playing both sides of the issue. Alavi prefaced his comments by declaring that Iran’s nuclear program is peaceful and that nuclear weapons are banned by a fatwa from the regime’s Supreme Leader Ali Khamenei. But he immediately undermined that point by suggesting that the ban could be quickly reversed in response to the perception of foreign “pressure.”

In a single breath, Alavi gave voice to the inherent untrustworthiness of official Iranian pronouncement on virtually any issue, especially issues of importance to the regime’s foreign adversaries. Incidents like this are by no means an isolated incident, and so they ought to inspire those adversaries to apply extreme skepticism to all public statements by all public officials. More than that, they ought to prompt those same adversaries to be aware of Iran’s reliance on self-serving propaganda, and to be on guard against less obvious outlets for it.

Serious critics of the Iranian regime have been warning about this phenomenon practically since the advent of the Iranian regime. In so doing, they have pointed not only to the mullahs’ tight control over media inside the country but also to a vast network of foreign proxies and friendly journalists that is responsible for spreading the regime’s talking points far beyond its own borders.

The function of this network is rarely as obvious as one might assume. Often, its outlets and operatives manage to fly under the radar by masking their true affiliations behind occasional criticism of the Iranian regime. Using such tactics, Iranian regime’s agents and apologists may not convince the international community to believe in the peaceful nature of the Iranian nuclear program; but they may convince Western leaders to embrace other narratives that compel them to adopt conciliatory strategies like that which was on display in the 2015 nuclear deal.

That agreement was rightly criticized for its weak and temporary restrictions on Iran’s nuclear development, as well as for its failure to address related issues like the regime’s ballistic missile program and its penchant for destructive interference in the affairs of surrounding countries. But for many of the supporters of that agreement, it presumably represented the only viable option for constraining Iran’s progress toward a nuclear weapon, short of escalating the risk of a drawn-out military conflict.

The problem with this notion is that it depends upon a false perception of the Iranian regime as a government that is politically stable, appreciably strong, and lacking in serious domestic challenges to its hold on power. To a great extent, that perception has been created over many years by Iranian influence operations, the prime objective of which was to downplay and delegitimize an organized Iranian Resistance movement that has been gaining traction both at home and abroad since very soon after the mullahs’ co-opted a popular revolution in 1979.

As the main target of those operations, the National Council of Resistance of Iran (NCRI) has been working tirelessly over the years to expose the tactics that Iranian authorities rely upon in order to project a false image of their own strength while manipulating Western counterparts into adopting and defending conciliatory policies.

The NCRI has highlighted the work of Iranian intelligence operatives and lobbies outside of Iran which have been pursuing Iranian regime’s “psychological warfare” against the opposition.

That psychological warfare has only grown more intense in recent years, as evidenced by an upsurge in the amount of state propaganda targeting the NCRI and its main constituent group, the People’s Mojahedin Organization of Iran (PMOI-MEK). Interestingly, this phenomenon was explicitly highlighted by the Intelligence Minister within the same statement that acknowledged the falsity of the regime’s peaceful nuclear narrative. Alavi boasted about the number of “films and serials” that his Ministry had recently produced in order to “educate the public” and “protect society against espionage.”

In other words, Alavi confirmed via state media on Tuesday that the regime is aggressively spreading propaganda against its main opposition, the MEK. It is doing the same on a global scale, using established networks which the international community has yet to root out. Until those networks have been dismantled, every published work or public statement that aligns with Iranian regime’s talking points must been scrutinized intensely, especially if those points seem convenient to the moment.