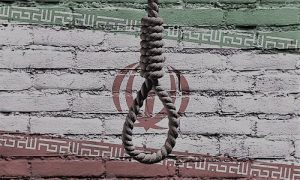 In the first month of 2021, the Iranian regime carried out the execution of at least 27 prisoners in line with its 40 years of human rights violation. Statistics on this topic are often incomplete, as the Iranian judiciary is notorious for its secrecy and it tends to formally acknowledge only a portion of the total number of executions. Other instances are intermittently revealed by Iranian activists and fellow prisoners, but these can take months to be verified by reliable non-governmental organizations.

Because of this, the existing estimate is very likely to be revised upward, even as the regime continues to implement death sentences for other prisoners. But even if the 27 known hangings represent a complete record of executions up to this date, it puts Iran in a clear position to retain its record as the world’s leading abuser of the death penalty. That outcome will only become more likely if Tehran lashes out against the domestic population in response to forthcoming crises, as it has done in response to outpourings of dissent in the recent past.

While a complete picture of 2020 is still taking shape, it is understood that at least 280 Iranian civilians were executed after a period of imprisonment during the year 2019. Very nearly as many executions took place in 2018, and both of these figures exclude instances of pro-democracy activists being killed in the streets by the Islamic Revolutionary Guard Corps (IRGC).

During just one brief anti-regime uprising in November 2019, an estimated 1,500 peaceful protesters and innocent bystanders were shot dead, marking an extraordinary escalation over the several dozen killings associated with a previous uprising in the first weeks of 2018. Both of these clashes between the regime and its people also resulted in thousands of arrests, many of which led to prosecutions that were backed up by torturous interrogation, false confession, and the prospect of several years in the harsh conditions of Iran’s most notorious prisons.

Those examples underscore the broader human rights issues underlying Iran’s world-leading execution rate. It is a problem that has been eagerly highlighted by many of the regime’s most serious critics, including some that currently serve in Western governments. But it is also a problem that those governments as a whole have turned a blind eye to. Indeed, they have done so since the earliest years of the regime, and in the face of some of the theocratic dictatorship’s worst crimes against humanity.

In 1988, a fatwa from the regime’s founder, Ruhollah Khomeini, led to the formation of tribunals that came to be known as “death commissions” in prison facilities throughout the country. During that summer, those bodies systematically interrogated political prisoners over their affiliations and their attitudes toward the theocratic system, then ordered the summary execution of all those who failed to demonstrate loyalty to the supreme leader. During a period of several months, the death toll grew to approximately 30,000, though the precise number may never be known as the victims were buried in secret mass graves, some of which have since been built upon.

Last September, several United Nations human rights experts wrote a letter to Iranian authorities in which they highlighted the unresolved history of the 1988 massacre and urged the release of additional information about it. After the requisite waiting period with no response from those authorities, the statement was released to the public, where it served as an indictment of the impunity that the international community had helped to instantiate in the Iranian regime at the time of the massacre and for many years afterward.

The letter explained that the 1988 massacre had made its way into the text of that year’s resolution on the situation of human rights in Iran, but had not been followed up on by the Human Rights Council, the Security Council, or the General Assembly. “The failure of these bodies to act,” the experts explained, “had a devastating impact on the survivors and families as well as on the general situation of human rights in Iran and emboldened Iran to… maintain a strategy of deflection and denial that continue to date.”

The continuation of that strategy is clear, for instance, in the uncertainty surrounding January’s capital punishment statistics, as well as in the several examples during that month of regime authorities passing off prosecutions as “national security” cases when there seems to be no other motivation for them but the punishment of any recognizable connection with the People’s Mojahedin Organization of Iran (PMOI-MEK).

That pro-democracy dissident group was the main target of the 1988 massacre, and it was incidentally the main target of the 1,500 killings associated with the November 2019 uprising. That mass protest, like its predecessor in January 2018, was widely acknowledged as having been led by MEK “Resistance units.” Even the regime’s Supreme Leader Ali Khamenei said as much, thereby breaking with years of propaganda that portrayed the group as having been largely eliminated in 1988 with little popular support inside Iran.

Since this propaganda began to collapse three years ago, the regime’s anxiety over MEK influence has arguably become increasingly easy to recognize. It manifests in the prosecution of now political prisoners like Zahra Safaie and her daughter Parastoo Moeini, as well as in efforts to arbitrarily extend sentences and mete out extrajudicial punishment for existing political prisoners like Majid Asadi and Mohammad Amirkhizi. And perhaps more important from the perspective of Western policy toward the Iranian regime, it also manifests in efforts to strike out at the MEK’s foreign base of support, which has steadily grown throughout the world.

In June 2018, just a few months after the first major MEK-led uprising in recent years, a high-ranking Iranian diplomat attempted to carry out the bombing of a major gathering of Iranian expatriates just outside Paris. The event, organized by the National Council of Resistance of Iran (NCRI), was also attended by political dignitaries representing Britain, the European Union, the United States, and other democratic nations. Had it not been thwarted it would have no doubt resulted in hundreds of casualties.

For those who have been paying appropriate attention to the full range of Iran’s malign activities, incidents like this one are virtually inseparable from Iran’s record of domestic human rights abuses. On January 25, more than 50 members of the European Parliament highlighted this fact in a statement that called attention to both the Paris terror plot and the mass killing and imprisonment of participants in the November 2019 uprising.

“The domestic policy of repression and [the export of] terrorism and fundamentalism abroad have been the foundation of Iran’s survival strategy for decades,” the statement noted. It went on to point out that the foreign branch of this strategy is often supported by Iranian embassies in Europe – a fact that calls for revision of European dealings with the Islamic Republic. The statement rightly suggested that any future diplomatic and trade ties with that regime should be conditioned upon the regime’s disavowal of foreign terrorism and its improvement of domestic human rights conditions. The emerging record of executions in 2021 only reinforces the urgency of this action.