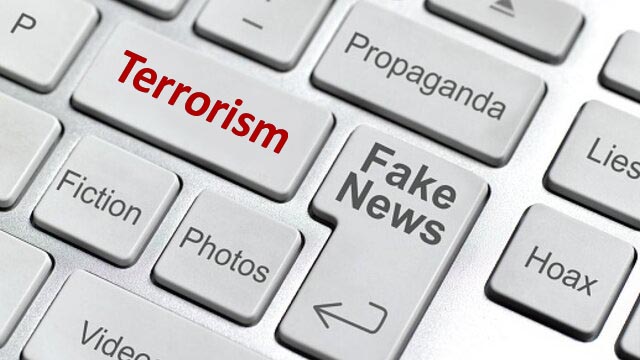 Despite the efforts by the Iranian regime and its apologists, there is a viable alternative to the mullahs’ regime. In the first weeks of 2018, when the Iranian regime’s Supreme Leader Ali Khamenei acknowledged that the People’s Mojahedin Organization of Iran (PMOI-MEK), had played a leading role in organizing and facilitating the protests that comprised a nationwide uprising at the start of that year. Khamenei’s remarks, along with his regime’s terrorist attempts against the Iranian Resistance and ongoing campaign of disinformation, confirms MEK’s leading role inside Iran.

In addition, the global recognition of the Iranian Resistance has been growing, for a long time before that uprising began. This is evident from the large and politically diverse group of foreign dignitaries that appear each summer at the international rally organized by the National Council of Resistance of Iran (NCRI). In the midst of the coronavirus pandemic, this event was held online in 2020. Several dozen American and European lawmakers delivered speeches to the live-streamed rally over the course of three days.

Since summer, NCRI has held several online conferences which aimed to bring more international attention to some of Tehran’s specific malign activities, while also urging the adoption of international policies that would better address those issues. To counter Resistance popularity both inside an outside of Iran, the Iranian regime has increased its demonizing campaign of the MEK and NCRI.

In public, the clerical regime has always maintained that the PMOI (MEK) is a “grouplet” and poses no meaningful challenge to the mullahs’ hold on power. That claim was arguably made plausible by the massacre of political prisoners in 1988, at which time the PMOI comprised the vast majority of the estimated 30,000 victims. The regime has ever since continued oppressing members and supporters of the MEK. In fact, any connection with the MEK could lead to death.

All the while, the MEK’s support and its domestic activities have been expanding. That process culminated in the January 2018 uprising, which in turn spawned a period that the opposition leader, Mrs. Maryam Rajavi, referred to as a “year full of uprisings.” In November 2019, the Iranian people rose up against the regime on an even larger scale, with the MEK playing the leading role. In response, the regime launched the worst political violence since the time of the 1988 massacre. Approximately 1,500 peaceful protesters were shot dead in a matter of days, and thousands were arrested.

In June 2018 the regime was still reeling from the uprising and fully in the midst of the ensuing, scattered protests. At the same time, the NCRI was planning its annual “Free Iran,” rally in the Paris suburb of Villepinte. Recognizing the elevated symbolic value of that event under the circumstances, the Iranian regime made the “Free Iran” rally a target for its terrorism, disregarding the risks to its relations with European governments that were still committed to upholding the 2015 Iran nuclear deal, seemingly at any cost.

The resulting bomb plot was fortunately disrupted before two Iranian sleeper agents could carry their explosive material from Belgium into France. Their arrest was soon followed by that of the plot’s apparent mastermind, a high-ranking Iranian terrorist-diplomat who had been working out of the regime’s embassy in Vienna. That terrorist-diplomat, Assadollah Assadi, is now scheduled to face trial in Belgium. The regime’s most recent terrorist plot was the focus an online conference Thursday that urged Western governments to use it as an opportunity to demand accountability not just from Assadi himself but also from the entire regime.

As a secondary consideration, though, some of the participants in that conference pointed to Assadi’s actions as something that further undermines the Iranian regime’s propaganda regarding the Resistance. Some noted that the plot contradicted the substance of that propaganda by exposing the regime’s vulnerability, its desperation, and its tendency to view the NCRI as a serious threat and a potential foundation for an alternative to the theocratic system. Others emphasized that the institutions behind the terror plot, particularly the Ministry of Intelligence and Security, were also responsible for demonizing the Resistance. Thus, paving the way for terrorism.

John Sano, a former Deputy Director of the National Clandestine Service, a division of the CIA, said to having “encountered a number of MOIS operatives” throughout his intelligence career. As a result of those experiences, he learned that Iranian intelligence assets had acquired the ability to “intimidate, coerce, kidnap, and even kill opponents,” but also that their greater accomplishments came from learning to “manipulate the media very successfully, both in terms of providing a more positive image of Iran and planting false stories in the press about opposition groups.”

This goes to show that in 2018, the MEK was clearly the target of both physical and psychological warfare by the MOIS. And in a larger sense, it shows that the regime’s disinformation and its terrorism go hand-in-hand, and should be addressed as such by the international community.

If Western policymakers have goals that extend beyond merely surviving their encounters with the Iranian regime, then they have a duty to punish its political violence and also to oppose the propaganda that justifies that violence. Assadi’s forthcoming trial also debunks Tehran’s demonization campaign and allegations against the Iranian resistance.

The allegations of terrorism against the Iranian resistance were proven false by court cases on both sides of the Atlantic, while the Iranian regime retained its status as the leading state sponsor of terrorism in the entire world. But the regime and its apologist continue repeating those baseless allegations, and the regime’s talking points. This demonizing campaign has been continuing due to the persistent efforts of the MOIS, and its exploitation of Iranian diplomatic and commercial networks.

The propaganda issue stands right alongside the recent terrorist plot as a reason for international community to pursue the goal of dismantling those networks. A number of participants in Thursday’s conference promoted this very outcome. John Sano declared that there “should be international outrage” over the Assadi case, and that this should lead to “a more comprehensive plan to mitigate and eradicate the MOIS.” And Mrs. Rajavi, once again highlighted that the MOIS must be designated as a terrorist entity in Europe, its operatives must be prosecuted, and “the regime’s embassies and their so-called religious and cultural centers must be shut down.”

Reports tallied by the People’s Mojahedin Organization of Iran (PMOI/MEK) indicate there have been various protests by all walks of life across Iran within...
Read more
Iran News Now

On June 30, 2018, the National Council of Resistance of Iran held its annual “Free Iran” rally outside of Paris, for the purpose of...
Read more
Iran News Now

THE CONTENT OF THIS PAGE WILL BE UPDATED WITH THE LATEST NEWS UPDATE: 5:30 PM CET Iran's poultry price hikes have led to long lines amid...
Read more