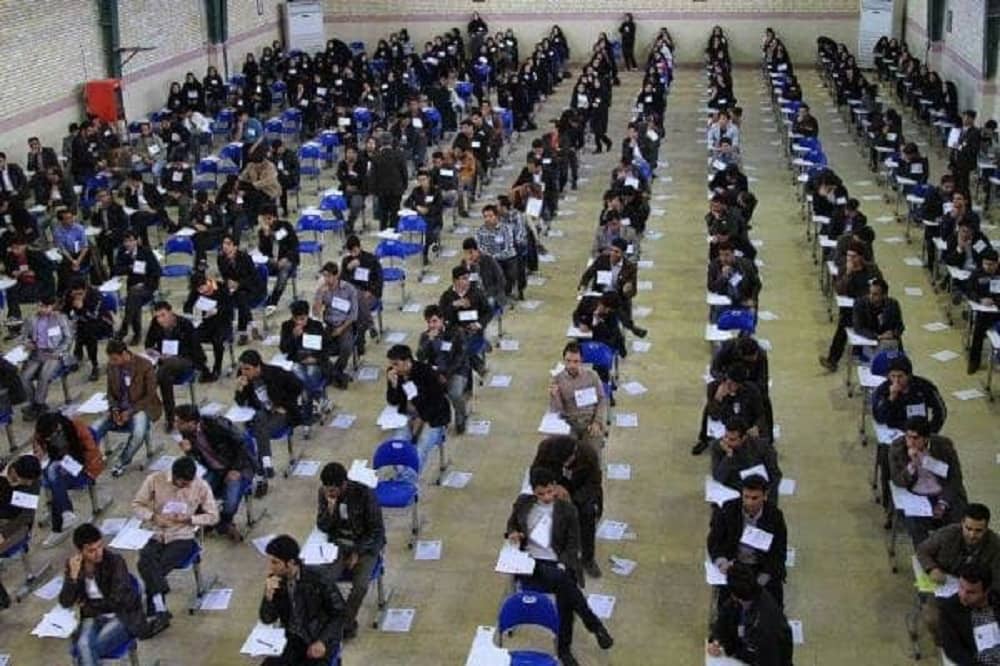 The list of talented Iranians leaving Iran is endless: Athletes, scientists, doctors, engineers, mathematicians, and now winners of global science competitions. Iran’s colossal brain drain is due to the country’s devastated economy and an oppressive environment that severely restricts basic freedoms and opportunities for younger generations.

The human capital flight has reached a point that state-run media, whose main task is to cover up the regime’s crimes, acknowledge some shocking statistics.

“We have 86 International Science Olympiad medalists, of whom 82 or 83 have emigrated,” said Safdar Hosseinabadi, Secretary-General of the Association of Top Talents of Iran, according to state-run Rokna News Agency on January 23.

According to research by Stanford University in April 2020, the share of emigrants, including permanent and temporary migrants, has nearly tripled in 2018 in comparison with 1979. Many of these emigrants are well-educated Iranians. Gallup’s Potential Net Migration Index, conducted between 2015 and 2017, indicated that one-fourth of Iranian intellectuals and experts would elect to leave the country if they had the opportunity to do so.

Foreign governments readily welcome Iranian expatriates. Many students who go abroad to continue their education never return home because they achieve stable working conditions and individual freedoms that they cannot have in Iran.

In November 2019, Baqer Larijani, the President of the 11th Scientific Olympiad of Medical Students, acknowledged that “Annually, 150,000 to 180,000 educated specialists emigrate from the country, and serious planning is needed to use these capacities within the country.”

“Iran ranks second in the world in terms of brain drain,” he said, according to the state-run Young Journalists Club.

A study by the International Monetary Fund (IMF) in 1999 underlines: “One important implication of the brain drain is that investment in education in a developing country may not lead to faster economic growth if a large number of its highly educated people leave the country.”

In other words, a country’s human capital is essential for economic growth. Many countries send their educated citizens abroad, and once they return, they rely on their skills to further facilitate the country’s economic development. This, however, is the opposite of what’s happening in Iran under the mullahs’ rule.

“Unfortunately, we do not have a clear and organized plan for the significant human capital in our country,” Bahram Salavati, Director of the Iranian Immigration Observatory, told the state-run Tasnim News Agency on October 13, 2021.

Indeed, the theocracy’s priorities are singularly focused on preserving its decrepit and unpopular rule. Instead of planning to use Iran’s human capital in productive ways, the regime is busy pursuing its regional terrorism and meddling, ballistic missiles, and a clandestine nuclear program.

Unlike many other countries, individual talent in Iran is not fairly treated and young people lack government support. In fact, the regime detains and imprisons bright students and gifted individuals if they express any form of dissent or freedom of thought.

The case of two elite students, Ali Younesi and Amir Hossein Moradi, is quite telling of the regime’s treatment of Iran’s best and brightest.

The regime’s security forces arrested Ali and Amir Hossein in April 2020 for allegedly supporting Iran’s leading opposition group, Mujahedin-e Khalq (MEK). They have been placed under inhumane physical and psychological torture ever since. Ali Younesi is a computer engineering student at the Sharif University of Technology, and Amir Hossein Moradi is a physics student at the same elite institution. They both had participated in the International Science Olympiads, winning several competitions.  Ali Younesi won silver and gold at the National Astronomy Olympiad in 2016 and 2017, respectively. While in high school, he won the gold medal with the Iranian national team at the 2018 World Astronomy Olympiad in China. Amir Hossein Moradi won silver at the 2017 National Astronomy Olympiad.

With the mullahs' regime making miserable for the youth, #Iran has probably the worst brain drain rate in the world. pic.twitter.com/lB145oUuRt

The regime has similarly suppressed and mistreated other notable Iranians, including accomplished athletes. How can one expect respect, modernity, and civility from a regime whose current president, Ebrahim Raisi, played a major role in the 1988 massacre of over 30,000 political prisoners, most of whom belonged to the MEK?

Dr. Farzin Nosrati was executed in 1988. In addition to being a doctor, he was also an athlete. He was arrested in 1981 for supporting the MEK and underwent brutal torture in the course of his lengthy imprisonment. But he never bowed to Iran’s ruling theocracy.  In 1988, the so-called “Death Commission,” in which Raisi was a member, sentenced Dr. Nosrati to execution after only asking his name.

Indeed, the list of over 120,000 martyrs for freedom in the last four decades in Iran is replete with the names of an energetic, bright, educated, and progressive generation that sought to rebuild Iran after the revolution. Their only crime was to advocate for freedom and democracy in the face of the mullahs’ despotic fundamentalist rule.

In a nutshell, the mullahs’ regime has squandered Iran’s human capital much like the country’s other resources. The regime has not taken any steps to create a favorable environment or incentives to stop the country’s devastating brain drain. In fact, by intensifying oppression and deepening the country’s economic woes through ineptitude and institutionalized corruption, the regime has increased the magnitude of Iran’s brain drain.

While the Iranian regime’s supreme leader Ali Khamenei has filled state ranks with graduates of Imam Sadegh University graduates, which is completely affiliated with the regime itself, Iran’s elite students are forced to unjustly spend their lives behind bars or flee their home country to seek a better life abroad. That is why the Iranian people seek to change this destructive trend by overthrowing the mullahs’ regime in favor of establishing a secular and democratic republic that would encourage the flourishing of a young generation that is eager for fundamental change.