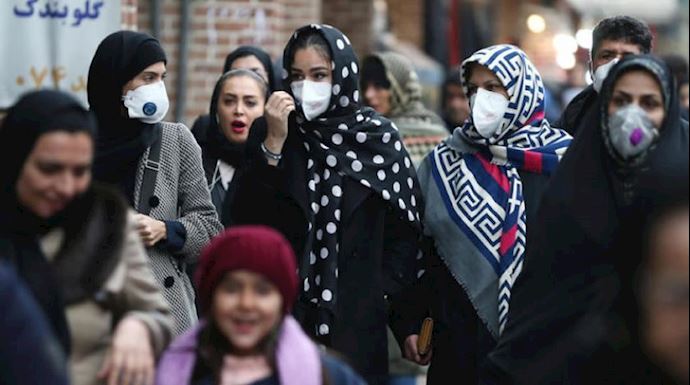 Last Sunday Iran reported having set a new record for the number of deaths attributed to the coronavirus pandemic in a single day. The following day, the record was broken again, with 272 new deaths, compared to Sunday’s 251. Yet, the Iranian opposition, puts the death toll above 124,000.

The back-to-back record highs coincided with a steady increase in the number of new cases being recorded. Officially, the country has seen a total of more than half a million cases, with roughly 29,000 of them being fatal, and now at least one member of the Iranian Health Ministry’s coronavirus task force is reporting that hospitals throughout the country are over capacity for the first time since outbreaks began.

Regime authorities refuse to describe the situation in such dire terms. But among independent and foreign observers who have looked closely at that situation, no one really doubts the account provided to the Financial Times by the task force member, Masoud Mardani. At least, no one doubts what he had to say about the situation as it stands today. His comparisons to the situation in previous months are more questionable, as many critics of Tehran’s coronavirus response insist that the country is not entering a third or even a second wave, but is still riding the first toward death tolls that far exceed those recording in any similarly sized countries.

“We had not experienced this level of deterioration in the past seven or eight months,” Mardani said. “Some hospitals are full and unable to admit new patients. Continuation of this trend could lead to an eye-catching rise in the number of deaths.”

It’s not clear what he or any other figure on the regime’s payroll would consider to be “eye-catching.” After all, that word could easily be used to describe a current fatal case rate that far exceeds what has been recorded in any other country of the region, or almost any country in the world. What’s more, the official numbers coming from the Iranian Health Ministry have been repeatedly called into question, particularly by those who are familiar with the regime’s long history of disinformation and state propaganda.

The leading Iranian opposition group, the People’s Mojahedin Organization of Iran (PMOI-MEK), has been closely tracking Iran’s outbreaks through its network of domestic intelligence sources, which includes sources inside the regime and the Health Ministry. Through its parent coalition, the National Council of Resistance of Iran (NCRI), the MEK has reported active case rates and fatality figures that are several orders of magnitude greater than what the regime has officially acknowledged.

According to the MEK, there are ample hospital records and eyewitness testimony to indicate that the pandemic has so far claimed above 124,000 Iranians, and that the number of infections can be measured in the millions. Such accounts have been at least partially corroborated by persons who were directly involved in the regime’s response to the crisis.

As early as April, at least one task force member was saying that the total number of cases had already exceeded half a million. And that same month, the regime’s Parliamentary Research Center issued a report that acknowledged the number of deaths from coronavirus could be twice as high as the number being reported to the public. This latter admission made some headway into Western media. Yet in the months since Iran’s own lawmakers called the regime’s records into question, the international community has fallen back into the habit of taking official statements for granted while refusing to follow up on the elaborately sourced disclosures coming from the MEK and the National Council of Resistance of Iran (NCRI).

Accepting mullahs’ records on the coronavirus outbreak mischaracterizes Iran’s epidemic and downplays the Iranian people’s need for international assistance. All the while, the Iranian Resistance has offered solutions to mitigate the crisis. In many of its reports dating back to February, the Iranian resistance explained that coronavirus outbreaks were made worse by the regime’s systematic disinformation and also by its ongoing refusal to invest in the population’s survival.

And while the regime itself would have the international community believe that US sanctions have left Tehran deprived of resources for an effective response, the reality is that budget allocations have remained undiminished for hardline institutions like the Revolutionary Guards (IRGC), while financial accounts under the control of the regime’s Supreme Leader Ali Khamenei have remained almost entirely untapped.

NCRI, in one of its most recent reports noted that in the face of what regime authorities call a “third wave” of coronavirus infections, the regime has at last seen fit to make face masks mandatory in the nation’s capital. Yet no efforts have been made to actually provide citizens with functional masks or to stabilize their price on the open market. Instead, citizens of Tehran and now other cities are simply being threatened with fines, thus increasing the burden of their own widespread poverty why sacrificing none of the national revenue for the people’s welfare.

But this is typical of the regime’s behavior in the face of any crisis. The first priority is always to preserve the mullahs’ hold on power and the status quo that that entails. And this goal is at odds with the popular interests. It is a situation that was exposed for the international community in the form of two nationwide uprisings in the two years preceding the pandemic.

Furthermore, the current health crisis is so closely aligned with the people’s longstanding grievances that regime’s authorities have taken to openly warning one another about the danger of further unrest emerging before the coronavirus outbreak has any chance of dying down. Iranian Resistance activists, meanwhile, have encouraged that situation despite the associated risks of further infection.

Skyrocketing infection rates are simply unavoidable as long as the current leadership remains in power and refuses to sacrifice any of its own hardline initiatives for the sake of the public good. In fact, if the country is to have any hope of recovering from an unbroken, months-long wave of infections, new leadership will surely need to take over the country’s pandemic management, and the country itself.

In this regard, Mrs. Maryam Rajavi, the NCRI president-elect in a recent speech, noted that the outsized impact of the coronavirus will inevitably be reflected in other problems as long as the mullahs remain in power. “Today, regime change in Iran is indispensable not only to freedom and democracy… but also to the health of each and every individual in Iran and to the protection of their houses, cities and villages against natural disasters,” she said.

Today, regime change in Iran is indispensable not only to freedom and democracy in #Iran but also to the health of each and every individual in Iran and to the protection of their houses, cities and villages against natural disasters #FreeIran2020 #COVID19 pic.twitter.com/MNqb0SDGOW

THE CONTENT OF THIS PAGE WILL BE UPDATED WITH THE LATEST NEWS UPDATE: 11:00 AM CEST Treasury Sanctions Iranian Ambassador to Iraq The U.S. Department of the...
Read more
News

Reports obtained by the People’s Mojahedin Organization of Iran (PMOI/MEK) network inside Iran indicate there have more protests across the country against the regime’s...
Read more
Search