Iran Regime’s Minister of Communication: Filtering Is Not Effective 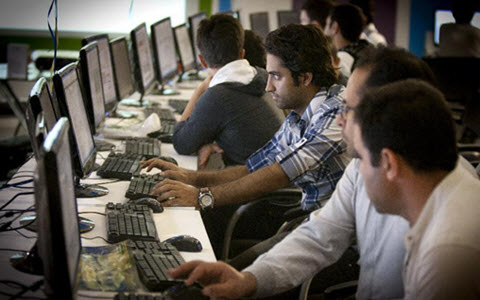 NCRI – Iran’s Minister of Communication, Mahmoud Vaezi on Wednesday, July 19, 2017 in an interview with press admitted to the ineffectiveness of filtering, stating, “We have blocked a lot of social networks over the last four years. However, the people joined other social networks. As soon as we blocked the Chinese service provider, WeChat, about 3.5 million people joined WhatsApp within the next 24 hours. In order to block the application, we managed to communicate with Wechat’s authorities; Nevertheless, Whatsapp is an American company. We actually jumped from a frying pan into the fire.”

He then expressed his concern about the spread of Telegram, stating, “The People Joined Telegram after Viber. We are currently in touch with Telegram managers, but they do not block the political channels.”

On July 16, 2017, the Secretary of Iran’s Filtering Committee admitted that 30% of channels are working against the regime’s security.

In an interview with Iran News Network, Abdolsamad Khoramabadi announced that 40 thousand anti-regime channels have been identified and 8 thousand of them have not been blocked yet.

Khoramabadi referred to the activities of MEK on social networks, confessing that, ” MEK’s Telegram Channel is freely working while the publication of t books against the regime and the revolution is not allowed. The enemies put the contents online for people and no one stops them.”