Iran: water supply of 40 schools in south western province has been cut off 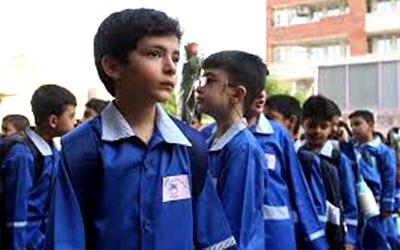 NCRI – According to reports by state news agencies, the water supply of 40 schools in “Kohgiluyeh and Boyer-Ahmaed” province in south western Iran has been cut off due to non-payment of the debts and water bill.

According to a report in September 11 by “ISNA” state news agency, “Ali Akbar Hashemi” director of education in the city of “Boyer-Ahmad” confirmed this report and added:”the water supply of 40 schools in Boyer-Ahmad has been cut off due to non-payment of water bill. I wonder how they’re going to start the new school year without water.”

He also confessed to a shortage of educational space and facilities and said:”we need to prepare at least 30 connexes for the current school year. We’re going to face serious problems in case the shortcomings continue to remain.”

Also “Mehr” news agency, connected to regime’s Ministry of Intelligence, reported on Monday September 12 that most of the schools in “Shadegan” in Khuzestan province in south western Iran are worn-out. The report was quoted from “Majid Sharafi”, leader of Friday Prayer of the city.

This news agency quoted from Sharafi that: “most of the schools in the city were built alomost 60 years ago. They’re worn-out and need to be repaired.”

Sharafi added: “studying in a worn-out school might be life-threatening for students.”