Why Are the Iran Regime-Backed Militias in Iran? 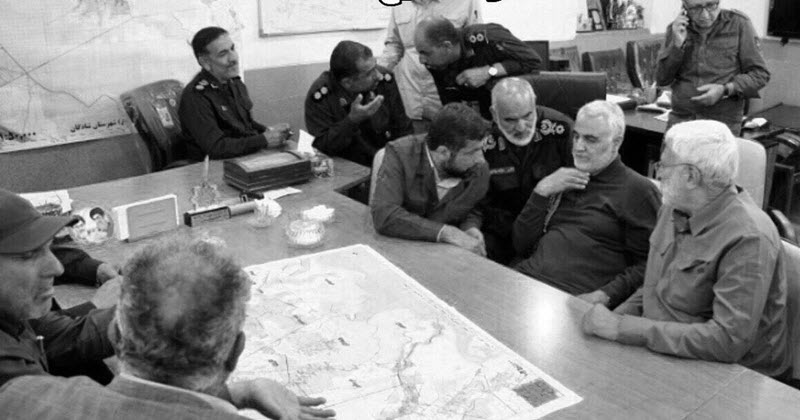 The Hezbollah representative in Iran said that a large number of young Lebanese fighters have come to Iran to provide relief to the flood victims.

He said: “Currently, a significant number of young Lebanese are involved in relief operations across Iran, while many more are on their way to the flood-stricken regions in the country.”

It is important to note that Hezbollah, a terrorist group, is dependent on Iran for financial and military resources.

These comments come just days after it was reported that hundreds of Iran regime-backed Shi’ite militants had crossed the border into the flood-hit regions of Iran, with some reporting that they were there to help the Iranian people and some saying they were trying to stop the flood from reaching Iraq.

Abolfazl Shekarchi, the senior spokesman of the Iranian Armed Forces, said on Tuesday: “It is natural that the forces of Iraqi Hashd al-Shaabi (Popular Mobilization Forces or PMF) are present at the front lines to help our flood-hit people.”

The PMF is an armed group established by the Qods Force of the IRGC, which was designated as a terrorist group on Monday by the US, to fight on behalf of Iran in Iraq. Iran’s Kayhan paper said that the PMF members were invited by IRGC Major General Qassem Soleimani, the Chief Commander of the Qods Force.

Also invited were members of Liwa Fatemiyoun (Fatemiyoun Division), another armed group established by the Quds Force, this time to help prop up the Bashar Assad Regime in Syria. It is mainly made up of Afghan refugees who fled to Iran for a better life.

However, many Iranians are saying that Iran has hundreds of thousands of military personnel so it should not need foreign militia fighters to help relief efforts. They argue that the loyal foreign militias have been invited in to prevent protests by Iran’s flood-stricken population, who are rightly angered by the lack of humanitarian aid and reconstruction efforts.

Last week, protests occurred in the oil-rich Khuzestan province, with a large crowd marching down the streets of the provincial capital Ahvaz, chanting anti-regime slogans.