Iran Regime Losing Its Grip on Power Across the Middle East 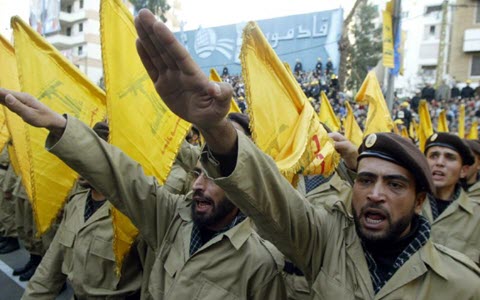 NCRI – There are developments happening across the Middle East and there are indications that there will be some positive changes. This is very worrying for Iran because it is profiting from the chaos and fuelling conflicts so it can take advantage of weaker nations.

In Yemen, more than 85% of the country is back under the control of the Saudi-backed coalition. However, there are reports that Iran-led Houthi militias have fired another ballistic missile towards Saudi Arabia.

The crisis in Syria is showing signs of improvement. Iran is not happy about this because it is prospering in the midst of the conflict there.

Iranian regime is dependent on the unrest across the region because it diverts the international community’s attention away from what is going on at home.

The crisis in Yemen is making Iranian regime nervous because it is losing more and more control. However, regime knows that it will look weak and does not want to show its panic so it is making out that the major setbacks are insignificant. There have been bloody clashes between Houthis and the forces that are loyal to the ousted president Ali Abdullah Salah and Iran’s interests are slipping further and further from reach.

Iranian regime provides as much support as it can to the Shiite Houthis, but it is not a simple task. Iran can only really help by smuggling missile parts and arms into Yemen were the missiles are assembled to be fired towards Saudi targets.

Iranian regime has invested so heavily in Yemen that it can either cut its losses and leave or continue the way it is going. Furthermore, the European Parliament has condemned the missile attacks on Saudi interests and is calling on Iran to stop backing the Houthis.

Iran is participating in conflicts that it does not need to. Furthermore, its participation in the form of dubious practices such as the recruitment of refugees. To make matters even worse, it is recruiting juveniles. This is a practice that is banned according to international law, but it does not stop the Iranian regime. Reports of a 13-year old boy fighting on behalf of Iran were circulating social media last month. He called himself a “defender of the shrine” – a description used by the Iranian regime for its cannon-fodder.

This is unacceptable and should be condemned by the international community. This is one reason alone for the EU to stop trading with Iran. Children of this age should be in school, not in conflict zones.

Iranian regime is losing hegemony and it is struggling to keep a grip on the power that it has. It is resorting to even more horrific measures to save face. It desperately wants the land corridor that runs to Lebanon where its main proxy Hezbollah is located.

It is very clear that the international community needs to intervene immediately. Now is a good time to do it because it is losing its grip on power in Syria and in Yemen, and Saudi Arabia is putting Lebanon under pressure. Its proxies and militias are of such importance that it would be a big blow to Iran if they were starved of their backer.

Previous article
Yemeni Minister of Human Rights: Iran-Backed Militias Have Killed Thousands of People
Next article
Iran Regime’s Use of Militias and Proxies Is Growing out of Control