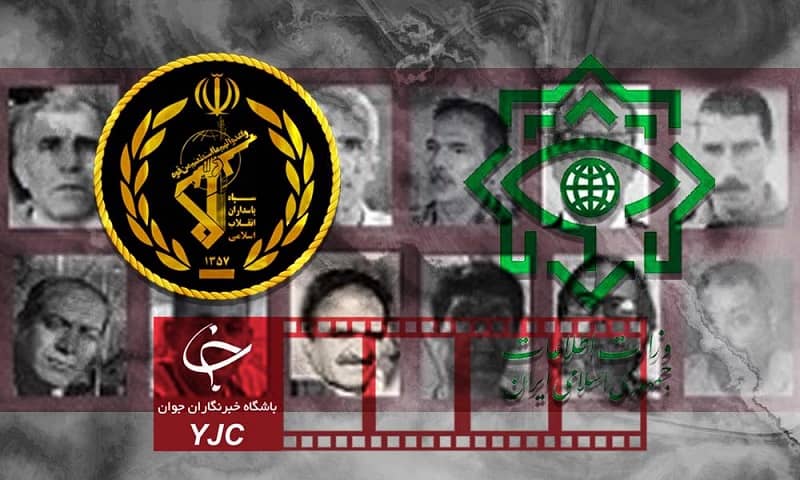 On Wednesday a letter was published by the clerical regime’s former operative in Albania. The letter was written by Hadi Sani-Khani to United Nations Secretary-General Antonio Guterres detailing his former collaboration with the Iranian Ministry of Intelligence and Security. (MOIS)

The letter sheds light upon the operation of a network of MOIS operatives in Albania and Europe. It also confirms key facts behind longstanding warnings about the Iranian regime’s efforts to influence Western media and the tactics used by the Iranian regime to demonize the Iranian resistance and the main opposition group the People’s Mojahedin Organization of Iran (MEK).

“The regime’s mercenaries in Albania are divided into two groups. In the first group are those who are openly in contact with the embassy and must prove their allegiance to the Ministry of Intelligence to gain permission to go to Iran. Some of these people include Azim Mish Mast, Manouchehr Abdi, Saadollah Seifi, Gholam Ali Mirzaei, Mousa Damroudi, Parviz Heidarzadeh, Rahman Mohammadian, and Ali Hajari. These people received 500 euros a month from the embassy. According to the embassy’s orders, these mercenaries are required to create at least one account on Facebook and Instagram, and to produce and publish 12 articles against the MEK every month, and to continuously relay and republish topics and content identified by the embassy or the Ministry of Intelligence,” read the letter.

“The second group of people works secretly for the embassy and the regime’s intelligence station to spy and gather information about and identify MEK centers. These mercenaries are paid 300 euros a month and will be paid more if they do more work. People like Raouf Faramarzi, Mohammad Touring, Baqer Mohammadi, Reza Mazegi, Khalil Ansarian, Mansour Brahoui, and others were in this group,” the letter adds.

“In response to the embassy’s condition, I wrote articles against the MEK for some time under the pseudonyms of ‘Zeinal Shahidi’ and ‘Saeid Zamani,'” read the letter of Hadi Sani Khani.

“In March 2016, I was tasked to lead a network of some agents. The main responsibility of this group was to write articles against the MEK.”

One of the hit pieces against the MEK was published by Der Spiegel in 2019, spreading a wealth of lies and false allegations about the Iranian opposition. The sources of this biased article were the MOIS agents, some of them listed above. A court in Hamburg rejected these allegations and ordered Der Spiegel to remove them from its website.

“In September 2018, we were informed by the embassy that a reporter from the German paper Der Spiegel is set to visit Albania, and we were asked to be prepared to meet with the reporter for interviews. The reporter was a 30-year- an old woman named Luisa Hommerich. I later found out that she studied Islamic studies at Tehran University in 2016 and 2017 and had contacts with the paramilitary Basij members as well. Together with a group of other agents who had previously defected from the MEK, we met the Der Spiegel reporter in a restaurant in Ramsa district in Zagozi square. Each of us then told her lies about the MEK, which we had been given in preparation for the meeting. I was in contact with this reporter for the next three months. Occasionally she asked me questions about the MEK, which I then raised with the embassy and provided her the response I received,” read the letter in this regard.

In another attempt, on the anniversary of the Iran-Iraq war, BBC aired an interview with some of the MOIS agents, who were POW and had joined the MEK back in the 1990s. The main so-called “source” and “victim” BBC interviewed was the MOIS agent Gholamali Mirzaei.

The Iranian Resistance had already exposed Mirzaei. Due to his services, he recently got permission to go back to Iran under the mullahs’ regime.

Sani Khani underlines in his letter that “Mirzaei lied and fabricated whatever stories he could during the interview to expedite his return to Iran.”

“Mirzaei had been in contact with the embassy and MOIS since 2018. During this time, he wrote articles against the MEK, conducted interviews, and acted as a translator for others. At the time I was living with Mirzaei in the same house, I witnessed first-hand how Massoud Khodabandeh briefed him about what to say before his interview on September 4, 2020. Khodabandeh emphasized that he should particularly say that he had been deceived in the POW Camp in Iraq and taken to Camp Ashraf without the Red Cross being informed and that he was not allowed to see his family for 30 years” the letter adds.

The information revealed by Sani Khani underlines that misinformation and allegations against the Iranian Resistance, mainly the MEK, are directly coming from the regime and the MOIS.

Those international media outlets, which have used the MOIS operatives’ allegation, should at least refer to this letter and underline that the so-called “MEK former members” are the MOIS agents.

The letter comes weeks after the conviction of Iran’s diplomat-terrorist Assdollah Assadi, who had attempted to bomb the opposition rally in 2018. During Assadi’s trial, prosecutors presented evidence confirming Assadi’s role as the head of the regime’s network of terrorism and espionage in Europe, using his diplomatic privileges in Vienna, Austria.

Now, after Assadi’s conviction and the publishing of the current letter, closing down the mullahs’ embassies in Albania and other European countries as well the prosecution and expulsion of the agents and operatives of the MOIS, the Revolutionary Guards, and the Quds Force are indispensable to countering the Iranian regime’s terrorism and espionage and preventing the MOIS from using diplomatic sites and capabilities.