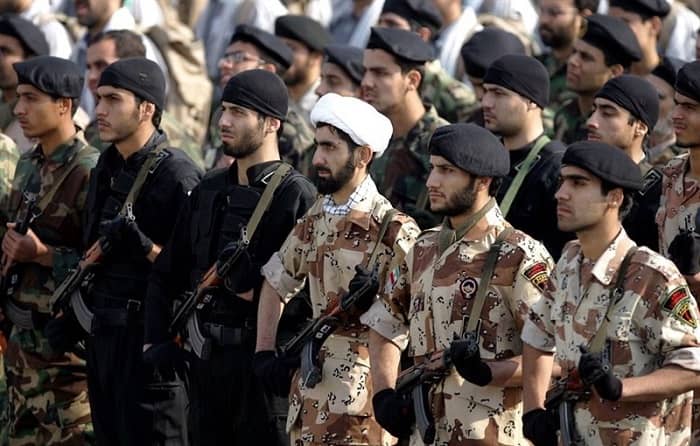 Last week, American intelligence sources revealed via the Associated Press that they had intercepted communications in January pointing to an Iranian plot against a military base in Washington, DC. The Islamic Revolutionary Guard Corps (IRGC) apparently considered deploying operatives on U.S. soil in an effort to kill U.S. Army Vice Chief of Staff Joseph M. Martin at Fort McNair. The attack would have been at least the second attempt at revenge for killing IRGC Quds Force commander Qassem Soleimani almost exactly one year earlier.

For anyone who has been paying attention to the rhetoric coming out of Iran, the A.P.’s report should have come as little surprise. In the days before the specific plot was uncovered, IRGC officers and other Iranian officials had openly boasted about their plans to kill Americans on their soil and demonstrate their lasting outrage over the killing of an individual whom the regime had lionized for his work in projecting Iranian power beyond its borders.

Soleimani had been instrumental in the defense of Syrian dictator Bashar al-Assad and was the de facto leader of numerous paramilitary organizations in Syria and Iraq and the chief backer of the Hezbollah terrorist group in Lebanon and the Houthi rebels in Yemen.

Tehran has struggled to project power as effectively in his absence, and the recent threats can easily be read in the context as an effort to save face. Like much of the regime’s militant rhetoric, those threats are overblown. But that is not to say that Western policymakers or intelligence services should regard them as toothless.

Last week’s report was by no means the first nor the most significant indicator of this commitment. In the summer of 2018, about a year and a half before Soleimani’s death, multiple European law enforcement agencies cooperated in thwarting a terror plot that saw explosives smuggled into Austria by an Iranian diplomat, transferred to an Iranian-Belgian couple in Luxembourg, and then seized by Belgian police en route to a target venue in France.

The diplomat at the head of that plot, Assadollah Assadi, went on trial in Belgium last November along with three co-conspirators. All four were convicted in February, and Assadi was sentenced to 20 years in prison for plotting to commit terrorist murder. Prosecutors made it clear throughout the proceedings that the terrorists’ actions had not been independently motivated but were ordered from high within the Iranian leadership in response to growing threats of organized Resistance to the theocratic system.

About three months before targeting the rally organized in France by the National Council of Resistance of Iran (NCRI), the Iranian regime had also attempted to deploy a truck bomb at an Albanian compound maintained by the NCRI’s main constituent group, the People’s Mojahedin Organization of Iran (PMOI-MEK). About two months before that, the regime was struggling to bring an end to nationwide protests inside Iran, which the regime’s Supreme Leader Ali Khamenei unequivocally attributed to MEK organizing.

Both of the terror plots were focused on the same prime target: The President-elect of the NCRI, Maryam Rajavi. But in the second instance, the regime knowingly took on the risk of major casualties among prominent Western citizens. The NCRI’s Free Iran rally was attended by tens of thousands of Iranian expatriates but also by dozens of American and European supporters of the democratic cause, with backgrounds in government, military, national security, academia, and so on.

At the time, Tehran had been willing to accept Western casualties, along with the attendant risks of an international incident, as long as it meant striking a blow against the Resistance movement that had exposed the mullahs’ deep vulnerability with the January 2018 uprising. More recently, some Iranian authorities have been downright eager to direct terrorist operations against Western officials as well as Iranian expatriate activists, in part because the Soleimani killing has made their vulnerability all the more apparent.

Soleimani’s replacement, IRGC Brigadier General Ismail Qaani, has seemingly taken the lead in trying to compensate for that vulnerability with rhetoric that suggests no American official is safe from Tehran’s wrath. “We warn the U.S. President, the head of the CIA, the Secretary of Defense, the U.S. Secretary of State and other U.S. officials involved in the assassination of Martyr Soleimani that they must learn the secret lifestyle of Salman Rushdie because the Islamic Republic will revenge Martyr Soleimani blood that was unjustly shed,” he said on December 31, referencing the British author who was the target of assassination plots for years after being condemned in a fatwa by the Islamic Republic’s founder, Ruhollah Khomeini.

The following day, Iran’s judiciary head Ebrahim Raisi extended the threat of retaliation to anyone who holds or has held the title of President of the United States. “None of them will be safe on Earth,” he declared. Of course, there is no way for Raisi to personally follow through on this threat, but on some level, the threat of bloodshed must be taken seriously all the same, especially when it comes from one of the central figures in the Iranian regime’s history of politically-motivated brutality.

In 1988, Raisi played a leading role in a months-long massacre of political prisoners that was designed to stamp out opposition from the MEK. Since being appointed as judiciary head in 2019, he has reinforced that legacy by overseeing some of the worst crackdowns on dissent in recent history, often in cooperation with the IRGC. During another nationwide uprising in November 2019, authorities opened fire on crowds of protesters and killed approximately 1,500 people in a matter of days. For months afterward, many of the 12,000 people arrested during the uprising were subjected to torture, as detailed in an Amnesty International report titled “Trampling Humanity.”

Even if Iran never succeeds in exporting this sort of violence to the West, the rampant human rights abuses still require much more attention than they have been receiving from the international community. Dozens of supporters of the Iranian Resistance movement have reaffirmed this conclusion in a number of recent statements, most of which have focused on Assadi’s terror trial as a prime example of the threat Tehran currently poses.

On Monday, the Alliance for Public Awareness, an organization representing numerous Iranian communities in Europe, wrote a letter to European Commission President Ursula von der Leyen and pointed to Assadi’s plot as something that “could have been one of the bloodiest terrorist events in European history.” The letter went on to say that much stronger European policies are needed to address not just this offense but also the full range of Iran’s malign activities.

“We call on you to hold the Mullahs’ regime accountable for its state-sponsored terrorism, widespread human rights abuses, ballistic missile program, as well as attempts to acquire nuclear weapons,” the APA declared. “Make any agreement subject to the mullahs’ regime’s binding commitment to end its terrorist endeavors in Europe. Otherwise, we expect Europe to cut ties with the regime and close its embassies.”