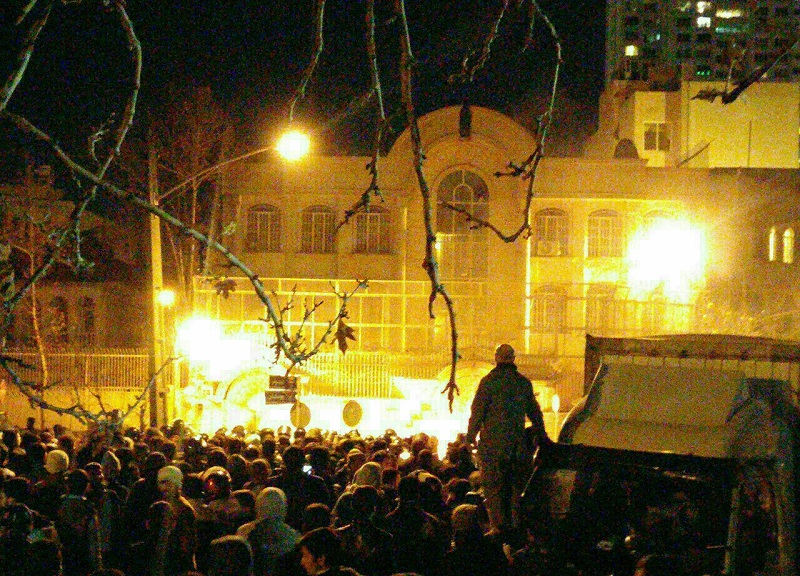 On October 30, 2019, the state-run Keyhan daily, known as the Iranian government’s mouthpiece, called for the takeover of the United States Embassy in Baghdad.

Hossein Shariatmadari, editor and representative of the Iranian regime’s supreme leader Ali Khamenei in the Kayhan newspaper, in an editorial called for the takeover of the US Embassy by Iran-backed militias in Iraq known as “Hashd al Shaabi”.

Shariatmadari whose words reflect Khamenei’s opinions writes: “in previous note, by mentioning the takeover of US embassy in Iran, which Imam called it the “second revolution”, the issue was raised in the context of a question that why the Iraqi revolutionary youths … are not ending the presence of US embassy in Baghdad, which is the epicenter of conspiracy and espionage against the innocent people of Iraq!? And why are you not eliminating and throwing out this infected wound from your holy land? The takeover of the US espionage center in Islamic Iran and eliminating that epicenter of conspiracy had many benefits for us, and then why have the revolutionary youths of Iraq deprived their holy land of these benefits?”

Protesters Killed in Anti- Regime Demonstrations in
Two protesters were killed and dozens injured in southern Iraq on Sunday, as protests over unemployment, a lack of basic services, and Iranian interference in… Regime’s Militias Deployed Snipers in Protests – Reuters

“The people are against this, and that is why you are seeing an uprising against Iran,” he said.

Overnight Tuesday, masked men who appeared to be linked to Iraq’s security forces opened fire on protesters in Karbala, a holy city associated with the martyrdom of one of the most revered figures in Shiite Islam. At least 18 protesters were killed and hundreds were wounded in bloodshed that could mark an ominous turning point in the demonstrations. In Baghdad, protesters burned an Iranian flag. Days earlier, protesters had gathered outside the Iranian Consulate in Karbala, chanting “Iran, out, out!” AP reported.

In such circumstances, the regime needs to resort to violence and to suppress the demonstrators by its militias and affiliated Shiite parties.

By raising the issue of the US embassy takeover in Baghdad, Khamenei is threatening the US and Western governments not to support the Iraqi people’s uprising and continue to support the Iran-backed Adel Abdul Mehdi government. In the other words, the US and Western governments are threatened to turn a blind eye to the crimes of security forces and militias so Iran’s regime and its affiliated government in Iraq could freely suppress the uprising.