Forced Marriage Major Cause of Suicide Among Young Iranian Women 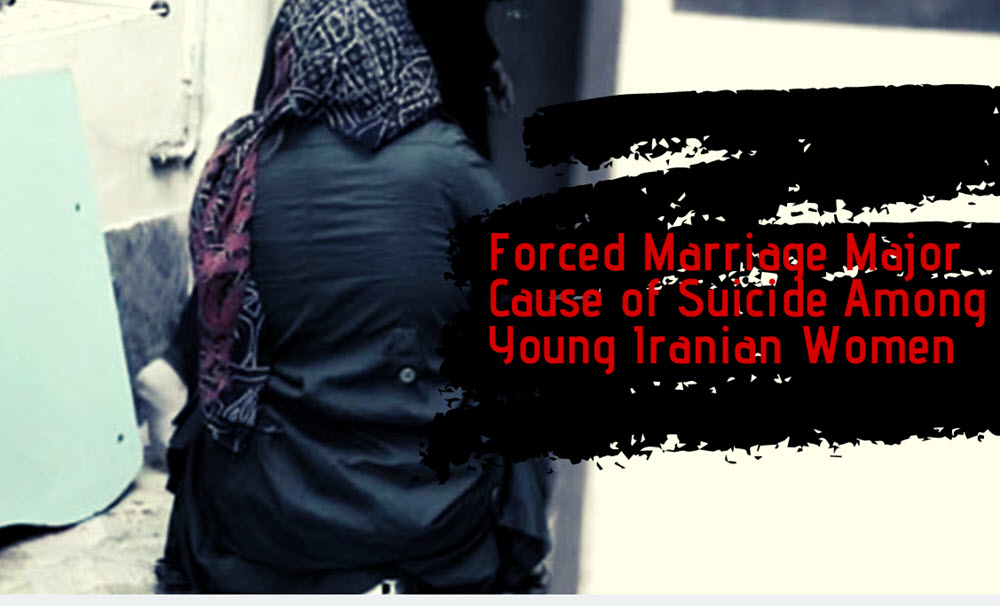 Forced marriage is one of the major reasons for an uptick in suicide rates among young women in Iran, according to several reports that have come out in the past month.

The reports say that young women forced into marriage see a severe lack of legal support and, as such, feel that their only way out is death. Here, we will discuss several such tragic stories.

On June 15, Kimia Sheikhani, 19, hanged herself after a fight with her husband led to her returning to her father’s home. This is remarkably similar to the case of Golpari Amiri, who hanged herself on May 31. The location of her death is not specified in the report.

Also on May 31, in Pasveh village, Piranshahr, Sara Esmaili, 17, took her life to avoid being forcibly married off to a relative.

There were two reports of young women committing suicide in Oshnavieh on June 15; one of an unidentified young woman in Fajrabad village and one of an unnamed 20-year-old married woman in Gorgavi village. Neither of their suicide methods was announced.

On June 5, 19-year-old Souma Khedri, who lived in Kiyouleh village in Baneh, Western Iran, took her life by ingesting rice pills because her family were trying to force her to marry a relative against her own will. Khedri’s family refused to turn her body into the Coroner’s Office. It is believed this is to avoid having her death ruled as a suicide.

Rice pills are a common suicide method in Iran, with at least four young women dying after taking them in the past few weeks, including:

• Mahin Mohammadi, who lived in Abdanan and died on June 1

On May 30, one young woman in Mashhad threw herself from a building on Amouzegar Boulevard because of the under enormous economic pressure she was under, while on May 22, a 34-year-old woman in Tehran jumped off the fourth floor of a building with her six-year-old son, killing them both.

On May 29, Kobra Assadi, 20, killed herself by setting herself on fire, also known as immolation, in a location that was not specified in the report.

Iranian opposition leader Maryam Rajavi has outlined a 10-point plan for women’s rights in Iran once the clerical regime is overthrown. They include:

2. Equality before the law

3. Freedom of choosing one’s own clothing

5. Equality in the economic sphere

6. Equality in the family