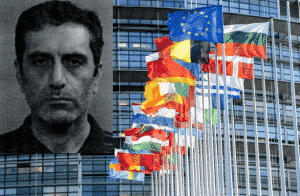 Last week, the European Union’s foreign policy chief, Josep Borrell, issued a statement via Twitter about his latest discussions with Iranian Foreign Minister Mohammad Javad Zarif. After vaguely referencing “developments in Iran and EU-Iran relations,” Borrell put special emphasis on the future of the 2015 Iran nuclear deal, or Joint Comprehensive Plan of Action. The tweet stands alongside a number of formal communications as indicating that the EU’s priorities remain unchanged, regardless of the details behind the aforementioned “developments.”
Mehr News Agency and other state-affiliated outlets in Iran were eager to report upon Borrell’s statement and to portray it as evidence that EU policy remains more closely aligned with Iran’s interests than with those of the United States.
Borrell’s narrow focus on the nuclear deal may not have come as a surprise in the wake of previous conversations with the Iranian Foreign Ministry. But his latest talks with Zarif were unusual because they took place only days after the beginning of a terrorism trial in Antwerp, where four Iranian operatives are accused of participating in a plot to set off explosives at an international gathering of Iranian expatriates.
A verdict, in that case, is now expected on January 22, and conviction seems all but guaranteed, at least for the alleged mastermind of the terror plot, who also happens to be a high-ranking Iranian diplomat and thus a career servant of the Foreign Ministry. That individual, Assadollah Assadi, apparently used his diplomatic status in order to smuggle the explosives into Europe on a commercial flight, where he knew that his baggage would not be subject to inspection.
In the trial’s first hearing on November 27, Belgian prosecutors were quick to highlight details of the operation which demonstrated close connections between its mastermind and the formal diplomatic and political institutions of the regime. It is their formal position that the plot was not undertaken by Assadi upon his own initiative, but was ordered and approved by Tehran as part of a campaign to undermine organized opposition to the theocratic regime.
That organized opposition made tremendous gains inside Iran at the beginning of 2018, when residents of more than 100 cities and towns took part in a nationwide uprising that helped to popularize anti-government slogans like “death to the dictator.” It was in the aftermath of that uprising that Assadi’s terror plot took shape, before being thwarted in June of the same year. It was also not the only one of its kind. Another plot was similarly foiled in March by authorities in Albania, which is home to about 3,000 members of the leading Iranian opposition group, the People’s Mojahedin Organization of Iran (PMOI-MEK).
That group was credited with organizing and leading the uprising of January 2018. And it repeated this role in November 2019, sparking another nationwide uprising that was even larger than its predecessor. The latter protest movement met with a panicked response from regime authorities, who opened fire on crowds and killed approximately 1,500 peaceful protesters. This now stands alongside the 2018 terror plot as another shocking incident that has received scant attention from the likes of Josep Borrell.

Meanwhile, the background for these crimes suggests that the EU is not only abdicating its moral responsibility but also overlooking extraordinary opportunities to exert effective pressure on the Iranian regime. As unrest continues to grow among the Iranian people, Tehran appears increasingly desperate to reclaim the upper hand. And it is taking extreme risks in order to do so.
While Iranian state-sponsored terrorism is certainly nothing new, it is typically channeled through proxies, such that official representatives of the Iranian government tend to fill supporting roles only. But in the case of the 2018 bomb plot, Assadi’s role was so hands-on and so unmistakable as to give him the dubious distinction of being the first Iranian diplomat to face formal prosecution on terrorism charges in Europe. The pending sentence, therefore, stands to challenge the assumption of far-reaching impunity which likely informed Tehran’s decision to initiate the plot.
Of course, that challenge will only go so far if it is not backed up by subsequent changes in European policy. While Assadi could serve as much as 20 years in prison, accountability must also extend to his handlers in Tehran. But all recent statements from Borrell suggest that this is the furthest thing from the minds of the EU leadership, which remains focused almost exclusively on salvaging the nuclear deal.
Fortunately, the same cannot be said of lawmakers in EU member states. 240 of them recently signed a statement addressed to Borrell and to British Foreign Secretary Dominic Raab in which they urged policies that specifically reflect an awareness of Tehran’s malign activities both at home and abroad. Chief among those recommendations was the adoption of a diplomatic posture that makes future relations between Iran and the West contingent upon the former making verifiable commitments to ending terrorist activity on European soil.
Mechanisms for backing up these commitments could include expansion of multilateral sanctions and a credible threat of complete diplomatic isolation, including the closure of Iranian embassies. But before any such policies are set down in writing, Western powers must collectively resolve to actually communicate their demands, clearly and firmly, to the Iranian regime
The current EU foreign policy chief has been unmistakably resistant to this sort of assertiveness, but there is still reason to hope that his hesitancy will diminish as more and more international attention is focused on the 2018 terror plot, its background, and its implications. European lawmakers can certainly be expected to keep up pressure on Borrell over these matters and to reinforce their prior recommendations with concrete plans of action. Their efforts should put the EU on course to respond appropriately to the verdict in the Belgian court case against Assadi.
This development will go a long way toward determining the future of Iranian-Western relations. And if current trends persist, then Western powers should anticipate another upsurge in tensions and should be prepared to respond with the sort of unity that has been absent for years and the assertiveness that has been absent for decades.