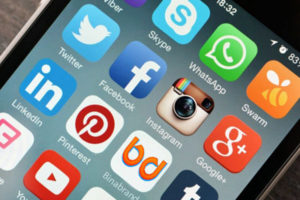 This month, American authorities shut down at least 27 websites after determining that they were part of an increasingly sophisticated campaign of propaganda and disinformation run by the Islamic Iranian regime. In October, 92 other websites were similarly targeted by Washington after their links to Iran were exposed. Also in that month, roughly 1,600 accounts were shut down by Twitter for participating in the same campaign while falsely representing themselves as belonging to genuine American and European users.
Modern digital platforms represent a new battleground for Iranian insidious narratives, but the underlying propaganda has been around practically since the inception of the theocratic regime. Among the most recently closed websites was the American Herald Tribune. The outlet boldly described itself as a “genuinely independent online media outlet” and while much of its content was nominally fact-based in order to establish a veneer of legitimacy, its propaganda function was revealed by the numerous articles it published over the years which condemned the leading Iranian opposition group, the People’s Mojahedin Organization of Iran (PMOI-MEK).
In the summer of 1988, the MEK was the main target for a campaign of mass executions that sought to stamp out the pro-democracy sentiment and organized dissent against the theocratic system at the end of the Iran-Iraq War. In the immediate aftermath of that massacre, regime authorities began speaking about the MEK as if they had succeeded in destroying it. In the interest of curtailing domestic interest, they portrayed it as a marginal group or a cult, lacking in established support among the general public. In order to delegitimize it on the global stage, authorities referred to the MEK as a terrorist group.
These narratives never succeeded in diminishing the organizational strength of the MEK yet they did have a noticeable impact on Western policy toward the regime. For many years, the leaders of European nations and the United States acted as if the clerical regime was the only viable option to rule the Iranian people. And far from promoting the MEK as a democratic alternative, those nations even designated it as a terrorist group, until legal challenges established that there was no evidence of wrongdoing, and the designations were overturned by the courts.

The early success of Tehran’s propaganda became grounds for serious concerns about the damage it could do once social media created opportunities for the Iranian regime to reach out directly to global audiences. Iranian officials have been keen to do exactly that since soon after those platforms became commonplace. Even the regime’s Supreme Leader Ali Khamenei maintains an active presence on Twitter in multiple languages. And he has persisted in spreading his regime’s talking points even after the microblogging site became illegal for all other Iranians in the wake of the 2009 demonstrations.
The practical effects of such social media bans are rather limited. Iran’s overwhelmingly young population is also quite tech-savvy and many ordinary citizens use virtual proxy networks and other circumvention tools in order to network on social media while gaining access to information that the clerical regime considers dangerous to its hold on power. Unfortunately, the authorities have remained aware of developments in the digital sphere and this no doubt led them to conclude that there could be substantial benefits, both at home and abroad, to spreading disinformation and propaganda through more subtle means than tweets directly from the Supreme Leader.
The closure of Iran-linked websites and Twitter accounts is clear evidence that Tehran has been hard at work in this area. That evidence is especially strong when one considers that October’s closures were only part of a much larger pattern. Both Twitter and Facebook have been struggling to keep ahead of the growth rate for fake accounts with their roots in Tehran.
It is increasingly clear that Western authorities will need to adopt a farther-reaching and more coordinated strategy for combatting Iranian disinformation campaigns. And this appears all the more imperative when the focus of that disinformation is read in context with developments inside Iran.
On Tuesday, European lawmakers, cybersecurity experts, and other supporters of Iran’s democratic Resistance movement took part in a virtual conference to commemorate the one-year anniversary of a nationwide series of protests that challenged the clerical regime and urged the creation of an altogether new system. This event was organized by the National Council of Resistance of Iran, a coalition with the MEK at its head, and it pointed to the November 2019 uprising as one of the clearest signs of the emerging conflict between “Resistance Units” and the regime’s repressive authorities.
For supporters of the MEK, the uprising was an unmistakable rebuttal of the propaganda Tehran has been spreading about its own stability for more than 40 years. And many of the speakers in Tuesday’s conference emphasized that this should be recognized by Western policymakers as a reason to offer meaningful support to the MEK, to NCRI’s President-elect Maryam Rajavi, and to her 10-point plan.
The 10-point plan, as much as anything else, convincingly contradicts the propaganda that Twitter has used to demonize its opposition and falsely brand them as terrorists. Ms. Rajavi and her supporters have already established the groundwork for a system that is based on free and fair elections, protection for the rights of women and minorities, separation of religion from the state, ban of the death penalty, and all basic elements of a sound democracy. Needless to say, the 10-point plan also repudiates the terrorism that has so defined the theocratic regime throughout its 41-year reign.
The scale of the November 2019 uprising indicates that the Iranian people do not need to be convinced of any of this. Citizens from all walks of life joined in the chanting of pro-democracy slogans across not fewer than 191 cities. There, the regime’s disinformation about the MEK has already been virtually defeated. Unfortunately, the same cannot be said of Western capitals, wherein policymakers have remained reluctant to take actions in support of the Resistance or in opposition to the regime – even after it was revealed that government crackdowns on the November uprising killed approximately 1,500 people.
This reluctance is a testament to the enduring power of Iranian propaganda, especially in the digital age when hackers and disinformation experts are relatively free to launder their talking points through legitimate-seeming websites and social media accounts. There is much to be said for the recent and ongoing closures of those outlets, but more must be done in order to counter Iranian propaganda and root out malicious activity stemming from regime institutions.
Whatever those measures may look like, they should be implemented as quickly as possible by any governments that can already tell the difference between Iran’s reality and the fantasy constructed by its theocratic rulers. The consensus among participants in Tuesday’s conference was that last November’s uprising was only a preview of things to come and that the anniversary could help to spark more uprisings aimed at securing regime change. When the time comes, the international community must be ready and in order to be ready, it must be free from the influence of the regime’s disinformation.