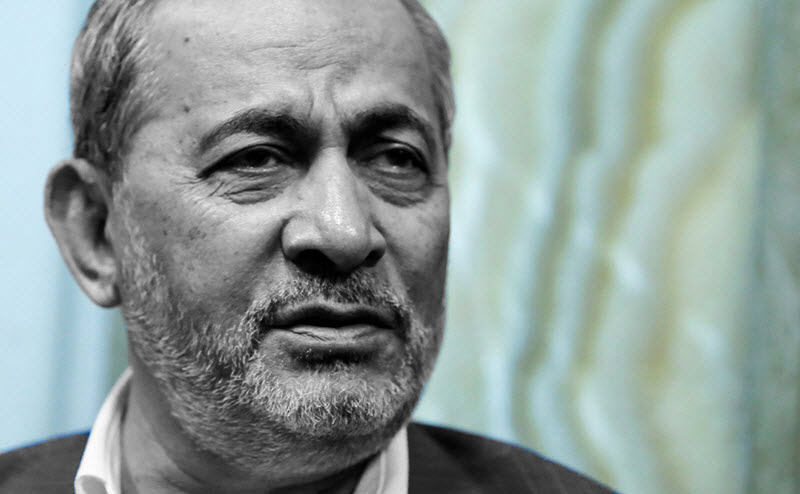 Mohsen Rafiqdoost, who was Minister of the Iranian regime’s Islamic Revolutionary Guards Corps (IRGC) during the Iran-Iraq war, believes an effective way to circumvent international sanctions, is to use the private sector to sell Iranian oil.

In an interview with state-run Khabar-Online on June 17, 2019, Rafiqdoost said: “Our government might face problems in selling oil, but our people won’t. We should use the people for oil exports.”

“I meant the private sector. There have been some suggestions to sell oil through the private sector so the U.S. wouldn’t be able to obstruct the transactions. Customers are now willing to purchase oil from us. They have capital. They trust Iranian merchants. They might even accept presumed risks, but they don’t trust our government,” he added.

On February 1, 1979, upon Khomeini’s arrival in Iran, Rafiqdoost was his driver. After the revolution, Rafiqdoost was in charge of issuing necessary verdicts to confiscate the belongings of the affiliates of the deposed Shah’s regime. Since all of Pahlavi’s affiliates were exiled, their belongings were abandoned, so Rafiqdoost’s role in confiscating them became the basis for the founding of the so-called Foundation for the Poor; which is now one of the Iranian regime’s biggest financial institutes. Rafiqdoost, with the ranking of Brigadier-General, is still a member of the IRGC and a member of the board of directors of the Foundation for the Poor, and in 1989 founded Noor Foundation, which allegedly works in medication and civil engineering fields.

Rafiqdoost, also known as “the golden pocket,” continued: “We are not concerned. Since the early days of the revolution, back in the 1980s, our cash income was limited to oil exports, reaching $6.5 billion per year. We had maximum one billion dollars of non-oil exports. In 2017, our non-oil exports surpassed our oil exports. A simple calculation: the government declared that this year it has $112 billion in the national reserve and $100 billion in cash income. We have $70 billion cash expenses while $57 billion of it is payed from the cash income of non-oil exports. Then why do we think we will face a dead-end? Let’s not sell oil, although for wining this economic war with the U.S. we have to sell oil, but our oil export has never stopped and hasn’t declined from an acceptable rate. Therefore, the needed income could be achieved with the help of the private sector.”

Rafiqdoost, in response to concerns about widespread corruption inside the regime, said: “To prevent the private sector from misusing funds, the government should use oppression. We agree that some people from the private sector should be executed, so no one would dare to approach corruption. During the Iran-Iraq war, we wanted some substances, the owner didn’t want to sell, I intimidated him, he sold. We are now at war, an economic war.”

As the IRGC Minister during the Iran-Iraq war, Rafiqdoost was directly involved in many IRGC terrorist activities in the region.

“The U.S. felt our power and knows the explosives mixed with that ideology that sent 400 officers and soldiers to Hell. Both the TNT and the ideology came from Iran. This is very much obvious for the U.S.,” Rafighdoost said on 21 July, 1987, referring to the 1984 bombing of a U.S. Marines base in Beirut.

The U.S. State Department added the IRGC to its list of foreign terrorist organizations in April 2019.

Previous articleIncrease in Number of Iranian Labor Children Officially Confirmed
Next articleIRAN: Protest in Iranshahr Against Beating of a Citizen by the Police