NCRINational Council of Resistance of Iran
EN FR DE IT AR ES AL
HomeBlogOp-edInstead of Reaching Out to Iranian Businesses, Europe Should Punish Its Top...
BlogOp-ed 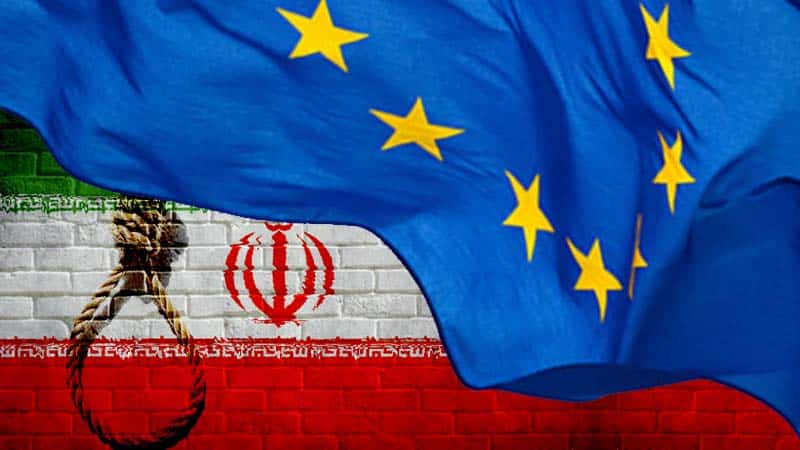 On March 1, European diplomats and business leaders will be joining virtually with their Iranian counterparts for a three-day conference to discuss the future of commercial opportunities and trade ties between the two regions. The event had previously been scheduled for December but was cancelled by its European organizers at the last moment, after Iran raised global outcry with the execution of an opposition journalist Ruhollah Zam.

Now that it is back on, the event is expected to feature the same headliners, including the European Union’s foreign policy chief Josep Borrell and Iranian regime Foreign Minister Mohammad Javad Zarif. The latter’s keynote speech is certain to raise the ire of some critics of the Iranian regime who recognize the country’s top diplomat as a malign influence on global affairs who tends to receive an unjustifiably warm reception from his Western counterparts.

A number of those critics recently signed their names to statements that urged the EU to reconsider its Iran policy and took explicit aim at Zarif. Although the Europe-Iran Business Forum is now linked to the Zam case and the underlying patter of Iranian human rights abuses, the statements in question were primarily motivated by something else: the Iranian regime’s lifelong practice of using terrorism as a form of statecraft.

In the run-up to the announcement of the Forum’s new start date, that terrorism became even more visible to the international community than it typically is. Early this month, a high-ranking Iranian diplomat was convicted alongside three co-conspirators for the attempted bombing of an expatriate rally where hundreds of first rank international dignitaries were preent that was being held just outside of Paris in the summer of 2018. The plot’s mastermind, Assadollah Assadi, was sentenced to 20 years in prison, but the trial left related issues unresolved insofar as it revealed that he was at the head of a much larger network of operatives than he had used in the attempted bombing.

On the basis of this revelation, the International Committee in Search of Justice wrote to Josep Borrell and other EU leaders to advise that “the activities of Iran’s embassies, religious and cultural centers need to be scrutinized and the diplomatic relations with Iran need to be downgraded,” pending Iran’s dismantling of its terrorist networks and provision of guarantees that it will never again pursue terrorist objectives on European soil.

In the context of that downgrade, the organization’s statement said, Foreign Minister Zarif needs to be personally held accountable for the terrorist plot. His role as the nation’s top diplomat makes it virtually inconceivable for him to have been unaware of the actions of his subordinate. In fact, the prosecutors in Assadi’s trial made this point inescapable by observing that there was clear evidence that the defendant had not undertaken the plot on his own initiative but had been acting on explicit orders from high in the regime.

The National Council of Resistance of Iran, which organized the target event was even more specific on this point. It reported that the orders of the 2018 terror plot had originated with Iran’s Supreme National Security Council, which in turn had received input both from the regime’s Supreme Leader Ali Khamenei and from President Hassan Rouhani.

The latter figure stands right alongside Zarif as the two foremost representatives of a supposedly moderate faction of Iranian politics. But their moderate credentials have been called into question over and over again by serious critics of the regime, while sympathetic Western policymakers have struggled to find legitimate grounds for defending them. One might think that Rouhani and Zarif being involved in a terror plot in Europe would be the final nail in the coffin for that moderation narrative, especially in light of public statements that reiterated their culpability just ahead of Assadi’s conviction.

The statement to this effect from the International Committee in Search of Justice was signed by more than 20 former government officials representing more than a dozen European countries. Another was signed by dozens of members of the Parliamentary Assembly of the Council of Europe and addressed to Parliamentary Assembly ALDE Group Leader Rik Daems, and it also stated that “Europe must hold Javad Zarif accountable for his diplomat’s terrorist act.” In rejecting the moderate credentials of figures like this, both statements affirmed the need for a comprehensive, assertive shift in European policies toward Iran, including a near-total severance of both diplomatic and trade ties.

The organizers of the Europe-Iran Business Forum have clearly chosen exactly the opposite path, and if Josep Borell participates in the Forum, he will be sending a message that Europe is open for business from the Iranian regime no matter what that regime’s business entails. He and the EU will be turning a blind eye to the politically motivated execution that caused the event to be cancelled in the first place, and they will disregard all the other malign activities that have been placed in the spotlight since then. Dishonorable behavior is a shame, but if to this you add absolute lack of strategic vision, then you combine lack of principles with lack of intelligence, which do not seem the most appropriate qualities to lead EU vital foreign interests.