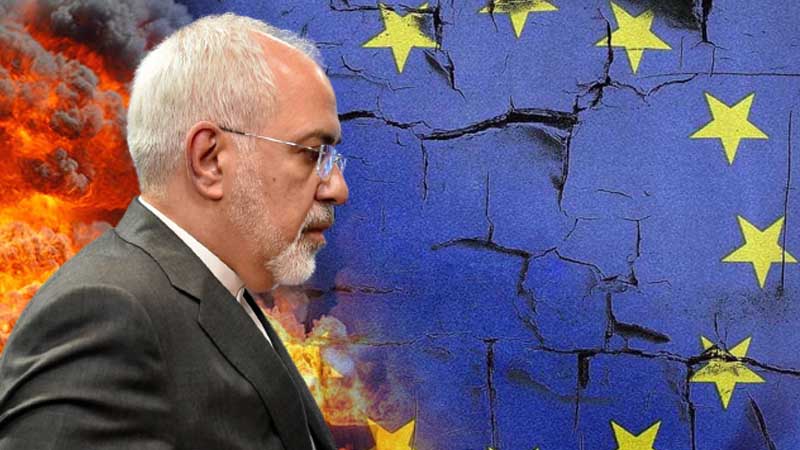 Last month, dozens of European lawmakers signed a statement addressed to the president of the Parliamentary Assembly of the Council of Europe, in which they condemned “any policy of appeasement and concessions to the Iranian regime” and then demanded “serious and effective measures” as an alternative. Specifically, the statement called for the severance of European trade relations with the Iranian regime, pending action by the Iranian regime that demonstrates a commitment to improving its record regarding human rights and the promotion of terrorist activity beyond its borders.

The statement referred to an escalating trend of political repression inside Iran but was primarily motivated by the terrorism trial that was then ongoing in a Belgian court, featuring the Iranian diplomat Assadollah Assadi. About a week after the statement was delivered, the former third counsellor of the Iranian embassy in Vienna was found guilty and sentenced to 20 years in prison. Three co-defendants were also condemned to prison terms ranging from 15 to 18 years. The trial seemed to confirm that there is an underlying threat of Iranian terrorism that still needs to be addressed, and it was this message that the PACE statement sought to elaborate upon.

That statement was not the only one of its kind. Previously, the International Committee in Search of Justice prepared a letter to leading European Union officials including foreign policy chief Josep Borrell, which bore the signatures of more than 20 former government officials from more than a dozen European countries. The earlier statement placed less emphasis on commercial interactions but communicated virtually the same demands for Iranian concessions while urging European governments to downgrade their diplomatic relations with the regime.

Both statements also took direct aim at Iranian regime’s Foreign Minister Javad Zarif, noting that his role as the nation’s top diplomat makes it all but inconceivable that hadn’t approved of Assadi’s actions in advance. Those actions included the smuggling of an explosive device from Iran into Europe and the hand-off of that device to two operatives tasked with infiltrating the June 2018 rally of Iranian expatriates that had been organized by the National Council of Resistance of Iran (NCRI). Assadi reportedly instructed those operatives to place the bomb as close as possible to NCRI President-elect Maryam Rajavi. In so doing, he also created an elevated risk to the many Western political dignitaries who sat in the VIP section of that event and delivered speeches to the estimated 100,000 attendees.

Prosecutors in Assadi’s case entertained no doubts over the notion that the plot’s mastermind had been operating upon instructions from high up in the Iranian regime. And the NCRI has specifically reported that those instructions came from the Supreme National Security Council, wherein both the president and the supreme leader are represented.

Furthermore, the Assadi case highlighted the persistent danger of these political authorities activating sleeper cells inside Europe as they did in the context of their attempted attack on the NCRI. Assadi’s co-conspirators were Iranian-Belgian dual nationals who had resided in Europe for many years without incident. Analysis of documents obtained at his arrest showed that he had been in contact with many other such individuals across at least 11 European countries, and that he had provided some of them with cash payments for as-yet unknown services.

Assadi’s arrest and conviction may have stalled the operation of that network, but there is every reason to believe that the network itself remains in place, perhaps as just one part of something much farther-reaching. For that reason, the statement from the International Committee in Search of Justice declared that “the activities of Iran’s embassies, religious and cultural centers need to be scrutinized” while Europe also pursues accountability for figures who were higher up the chain of command during the attempted bombing in 2018.

Zarif is chief among these figures, and he is also by far the most accessible target for punishment among leading Iranian officials. While the prospect of arresting and prosecuting him may be remote for the time being, there is much else that can be done to demonstrate that he no longer enjoys the status or the impunity that he did in the early days of the Rouhani administration, when so many Western policymakers were overly optimistic about the idea of normalizing relations with the Iranian regime.

The 2018 terror plot should have demonstrated to every one of those policymakers that normalization was a pipe dream and that the only significant effect of welcoming Iranian diplomats to the negotiating table is an increased danger to European security interests. Unfortunately, though, there remains a large contingent of resistance to this lesson, with many European policymakers continuing to openly advocate for virtually unrestricted trade and unconditional diplomatic exchanges with the Iranian regime.

This strict adherence to the status quo is especially troubling when one notices that it is coming from the very highest levels of Europe’s political leadership. Josep Borrell, the EU foreign policy chief, is slated to personally appear alongside Javad Zarif at the beginning of March for the Europe-Iran Business Forum, an event that was originally scheduled for December but was postponed in the wake of disturbing news about the Iranian regime’s repression of dissent.

A few months earlier, it was reported that Iranian authorities had lured a dissident journalist from France to Iraq as part of a sting operation, then kidnapped him back to his homeland. Ruhollah Zam became a subject of even stronger international concern after it was announced that he had been sentenced to death, but this did not stop the regime from carrying out that sentence and courting widespread outcry.

Borrell and other EU foreign policy officials should recognize that this disregard for international pressure is a sign of how seriously Iran takes that pressure when it is not backed up by serious threats or long-term commitment. Furthermore, they should recognize that the Zam killing demonstrates the same sort of impunity that was on display when Tehran decided to put Western lives at risk in hopes of striking a blow against the NCRI.

If Borrell and his colleagues go forward with their plans to speak at the Europe-Iran Business Forum, they will be turning their back on the principles that led to that event being postponed in the first place, and worse still, they will be putting the security of their own region at risk.

Previous articleInstead of Reaching Out to Iranian Businesses, Europe Should Punish Its Top Officials
Next articleIran: Coronavirus Death Toll in 480 Cities Exceeds 217,200