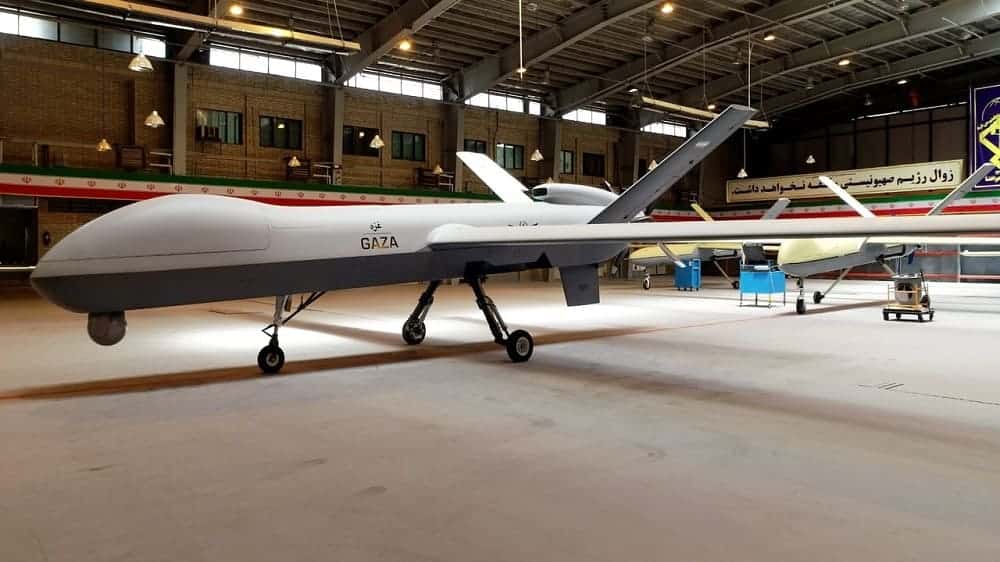 Like a carnival magician, the government of Iran has kept international attention on the right hand of its nuclear weapons development program while hiding from western politicians the work of its left hand in developing asymmetrical warfare weapons.
Not since George H.W. Bush has an American president entered his office with a full understanding of the Middle East and the ever-growing threat of Iranian aggression. He knew the importance of maintaining the balance of regional power, which required allowing Saddam Hussein to remain in power after expelling Iraqi from Kuwait.

Clinton appeased the Iranian religious extremists with a nuclear weapons deal that was continually violated by the fundamentalists that commenced as the ink was drying on the agreement. W. Bush destroyed the balance of power by invading Iraq and taking over Iraq.
Iraq had already come under the control of Tehran when Obama removed all challenges to Iranian influence by pulling American troops out of the country in 2011. On a roll, Obama negotiated an even more flawed nuclear weapons deal, the Joint Comprehensive Plan of Action, and freed up 141 billion dollars of frozen Iranian assets.

None of that money ever made it to help the citizens of Iran. Instead, all of it went to firming up Iran’s status as the world’s number one exporter of state-sponsored terrorism. Part of that financial windfall was invested by Iran in advancing its nuclear weapons development program, despite what sympathetic Washington and European politicians claim.

The bulk of the remaining money went to Iran’s Islamic Revolutionary Guards Corps (IRGC) and its subordinate Quds Force, who were able to expand offensive operations throughout the region. With Iraqi airspace and ground routes completely open, Iranian transportation of military equipment, technology, and troops to Syria and Lebanon are now routine operations. Support to Hamas in Gaza requires smuggling. Ultimately these operations are focused on the extermination of Israel. Transports to Yemen for the purpose of destabilizing the Arabian Peninsula require the use of air and sea carriers.

The asymmetric Iranian weapon system that has advanced the most in research, development, and deployment in the past twenty years is the drone program for the few years following W. Bush’s invasion into Iraq, the Americans had the greatest drone capability in the Middle East. Today that distinction belongs to Iran. With eight manufacturing centers and seven maintenance/deployment facilities located in the Persian-Shia sections of Iran, the drones can be easily deployed against minority populations, on dissident demonstrations and targets, and shipped out of the country to extend Iran’s terrorism reach elsewhere in other areas of the Middle East.

Unlike American and European politicians, U.S. Central Command has not ignored this growing threat. Earlier this year, its commander, General Kenneth McKenzie, stated the region has become the “proving ground for the proliferation and employment of unmanned weaponized systems, many emanating from Iran.”

In years past, the most lethal weapons used against the attacker’s victims were improvised explosive devices (IEDs). These were either placed stationary, waiting for the target to come into close proximity, carried by a suicide bomber, or built into a vehicle. The last two were precision weapons and required the sacrifice of the delivery person.

Drones maintain the precision delivery aspect while, depending upon the level of technology, allowing the operator to be up to hundreds of miles away.

Iranian drones launched from Yemen have already succeeded in striking a Saudi Arabian oil refinery. Another drone attack killed several senior Yemeni officers, including the military intelligence commander. To date, larger drones have been used for delivering explosives. Drones are replacing the traditional crop-dusters. It’s only a matter of time before lethal chemicals are mounted into the spray tanks for attacks on population centers and sporting events. Iran is just the terrorist nation to do it.

As General McKenzie stated, the Middle East is being used today as Iran’s “proving ground.” American and European political leaders need to get beyond trusting and believing the Iranian regime’s rhetoric.

The same level of science being used inside Iran to develop nuclear weapons is very capable of developing less high-tech but very lethal weapon systems. This is the regime that in 1983 was behind the barracks attacks in Beirut, which killed 241 American Marines, along with bombings of the U.S. Embassy and later the Embassy Annex. The Federal Bureau of Investigation proved Iran was behind the 1996 Khobar Towers bombing in Saudi Arabia, killing nineteen U.S. Airmen.

Recently, the U.S. Department of Defense released its investigative report identifying IRGC involvement in the deaths of over 600 American service-members in Iraq. In 2018, Iran’s Ministry of Intelligence and Security attempted to blow up a rally outside Paris being attended by hundreds of international dignitaries, including scores of Americans. The vigilance of European police resulted in the arrest of the Iranian terrorist cell and the capture of the explosives. Had this attack been programmed through the use of drones, it is doubtful it could have been stopped.

The Iranian Regime is determined to increase the level of blood it already has on its hands. American politicians and citizens need to stop falling for their slight of hands movement and recognize that occurrence of drone assaults in America, and Europe is just a matter of time. General McKenzie is right; the Middle East is the proving ground. Israel, Europe, and the United States will become the ultimate targets.

Colonel Martin served as the senior anti-terrorism officer for all Coalition Forces in Iraq.