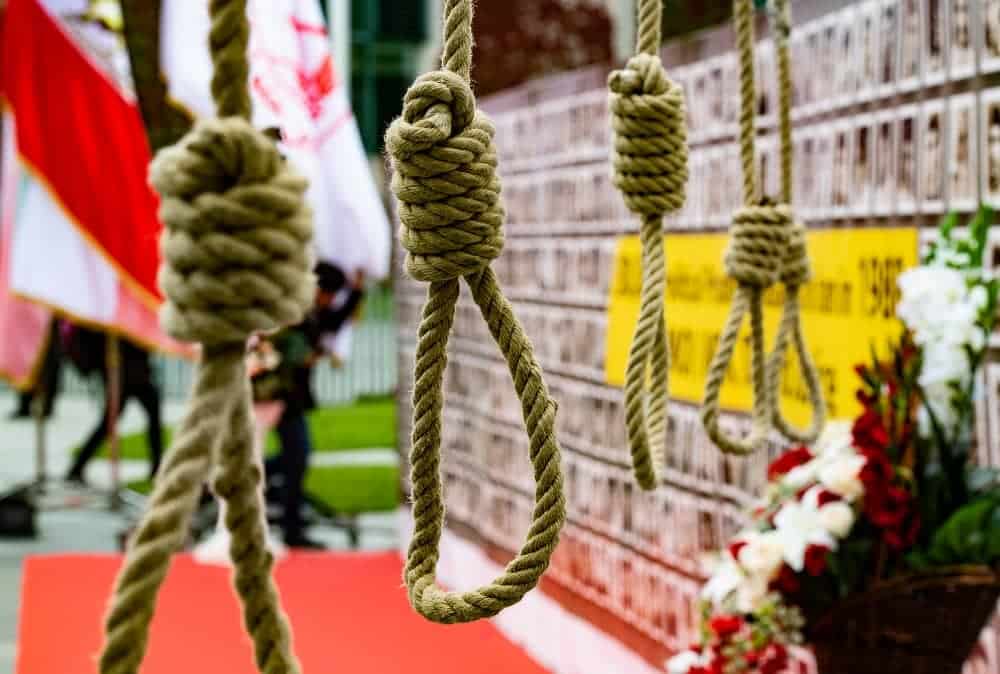 On Tuesday, the United Nations Office of the Higher Commissioner for Human Rights issued a statement urging the Iranian regime to halt the planned execution of a man who was sentenced to death for a murder he allegedly committed while under the age of 18. While this execution has been momentarily halted, it is worth noting that the Iranian regime accounts for 70 percent of all such executions known to have taken place over the past 30 years.

Aside from being inherently illegal, Arman Abdolali’s 2015 death sentence was based entirely on confessions that he recanted and said were elicited via torture.

His experience of torture continued even after the conviction, particularly in the form of repeated announcements and rescheduling his execution date. In at least one case, he was physically removed from the gallows and his execution was postponed at the last moment.

URGENT: #ArmanAbdolali, arrested at 17, is due to be executed tomorrow at dawn. #Iran – you are breaking international law by sentencing children to death.

As Abdolali’s execution is scheduled to take place tomorrow, it should be noted that the number of executions has dramatically increased over the past two years. According to the Iran Human Rights website, over 260 individuals have so far been executed in 2021.

The Iranian regime maintains the world’s highest rate of executions per capita to intimidate the public. The Iranian regime also holds the record of political executions. With public unrest still lingering as a major threat to the clerical regime, at least eight political prisoners have been executed so far in 2021, according to IHRM.

Furthermore, other political prisoners have been facing severe and varied repression, and this will be more prevalent under the administration of the regime’s new president Ebrahim Raisi.

On October 6, Soheil Arabi and Behnam Mousivand were beaten in Rajai Shahr Prison after refusing to appear in court to face new, arbitrary charges of “disturbing the order of the prison” and “insulting the Supreme Leader.” Arabi, who was arrested in 2013 and sentenced to seven and a half years in prison for his social media activism, already had his sentence extended by three years in 2018 by the regime’s Judiciary because he remained politically active within the prison.

The regime’s Judiciary has always been a tool of political repression, but this feature became more intense in 2019 when the judiciary was led by Raisi and Iran was in the midst of recurring, nationwide uprisings. The largest of these took place in November of that year and led to 1,500 activists being shot dead in a matter of days, after which countless others were tortured in prison facilities for months.

Raisi’s role in this crackdown helped to secure his endorsement as the regime’s next president by Supreme Leader Ali Khamenei. His appointment to the presidency was reaffirmed in June 2021 and he was inaugurated in August, amidst global protests over his role in the 2019 crackdown and, even more importantly, the 1988 massacre of 30,000 political prisoners. Both incidents indicate that Raisi will oversee a further decline in the regime’s human rights record. Thus, there have been intensifying international calls for holding Raisi to account.

Those calls were formalized, for instance, by Struan Stevenson, a former Member of the European Parliament for Scotland, in the wake of reports that Raisi might travel to Glasgow at the end of this month for the COP26 climate change conference. That trip was canceled but the idea of holding Raisi to account stays strong and valid.

“I have sent a formal request to Chief Constable Iain Livingstone, an officer in command of Police Scotland, to mount a criminal investigation under universal jurisdiction into accusations of alleged genocide and crimes against humanity by Ebrahim Raisi, president of the Islamic Republic of Iran,” he wrote in an editorial for The Scotsman, adding:

Stevenson has been joined by various survivors and families of victims of the 1988 massacre in issuing a formal appeal to Scottish authorities for Raisi’s arrest. In 2019, a former Iranian prison official named Hamid Noury was arrested in Sweden based on that same principle, for his participation in the same three-decade-old crime. Thus, it is possible to use the universal jurisdiction to hold the regime officials to account for their role in crimes against humanity.