NCRINational Council of Resistance of Iran
EN FR DE IT AR ES AL
HomeeditorialEditorial: Active Street Protests in Iran Are, Once Again, On the Rise
editorial

Editorial: Active Street Protests in Iran Are, Once Again, On the Rise

Written by The Editorial Board
23rd April 2021 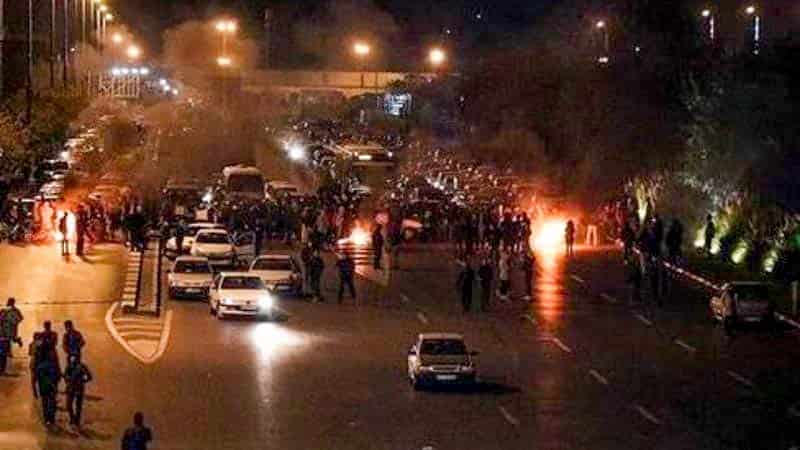 Less than two years ago, in November 2019, the largest mass protests rocked the country. That socio-political earthquake marked an extraordinary watershed moment. It exposed the vast fracture zones between the regime and an economically devastated and politically unrepresented population. The ensuing protests have further solidified the image of Iran as a powder keg on the verge of explosion.

The ostensible trigger for the November 2019 uprisings was an overnight hike in fuel prices. However, almost immediately, as if a tinderbox of simmering widespread resentment toward the regime had finally been ignited, it exploded into political calls for regime change. Over 200 cities rose up. Thousands of state institutions symbolizing corruption and repression were attacked. The mullahs’ only response was to murder and imprison, killing at least 1,500 people in a little more than a week.

The extensive, popular and visceral nature of anti-regime sentiments have now worsened. Clearly, under clerical dictatorship, the macroeconomic instability, and the growing array of failing associated indicators, including poverty, cost of living, and income inequality, have created mass crises.

By some estimates, Iranians held at least 65 protests across Iran in the past week alone. Retirees, pensioners, firefighters, oil and gas workers, Ministry of Agriculture employees, farmers, teachers, healthcare workers, pharmacists, sugarcane workers, and small store owners are just some of the mix of sectors taking part in protests.

Recently, retirees and pensioners held their 12th nationwide rally in dozens of cities in the last four months. The mere fact that these pensioners are braving the twin viruses of COVID-19 and state repression is significant.

On Wednesday, many investors defrauded of their savings in the stock market due to government intervention protested in several major cities. They chanted slogans against all of the regime’s officials, including supreme leader Ali Khamenei and the mullahs’ president Hassan Rouhani.

The ongoing protests in Iran, constantly expanding in scope despite pandemic restrictions, show that the mullahs are unwilling and incapable of resolving popular grievances. The population has completely lost faith in the status quo and is ready for change.

Significantly, consistent with the spirit of the November 2019 uprisings, the elevated protests in Iran show that the people see the street as the only avenue for political participation. Despite the thick veil of repression, courageous calls for boycotting the regime’s upcoming presidential election are being echoed in these protests, rattling the regime’s political and security squads alike.

The slogan “We’ve heard too many lies and won’t vote!” has become a familiar rallying cry for the nationwide uprising of pensioners and retirees. It has also been amplified through the activities of the main opposition Mujahedin-e Khalq (MEK) Resistance Units. Not to mention growing calls on social media, especially among the younger generation, which feels particularly politically unrepresented.

By all indications, the Iranian powder keg is about to explode. And when it does, the dictatorship’s iron fist will be no match against popular demands for democratic change.