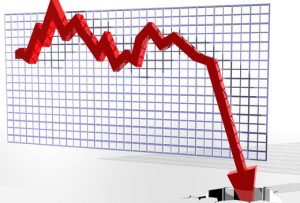 On December 2, the Iranian regime’s president, Hassan Rouhani, presented his 2021 budget to the Parliament. Since Rouhani presented the budget, the regime’s own officials and state-run media have underlined its baselessness and called it hollow.

For the 2021 budget, Rouhani’s government has allocated 841 trillion tomans for the government’s general budget. In this bill, the amount of oil sales is estimated at 2.3 million barrels per day (BPD) at $40 per barrel.

According to state media, the government wants to sell 900,000 barrels to the people as oil bonds. Rouhani’s government had previously proposed this plan, promising people the government will return their money in two years. The plan was meant to strip people from their foreign currencies. This plan had an intense social backlash. People took on social media and pointed out that the regime wants to further plunder them with this hollow and ridiculous promise.

Therefore, the 900,000 barrels of oil that are included in the budget bill based on the sale of oil bonds to the people is simply a mirage.

In the 2021 budget bill, the budget of the regime’s military and repressive institutions has increased by 11% and reached 121 trillion tomans. While the coronavirus outbreak ravages people’s lives, the oppressive forces’ budget is higher than the health budget. The budget for public services is only about 20% of the military and repressive forces’ budget.

This situation shows the regime has abandoned the critical coronavirus situation, and it uses the herd immunity policy, and it has not allocated a considerable budget for it. Yet, the regime’s primary concern is its “security,” or rather prevent another popular uprising.
The regime’s concern about people’s uprising is not without foundation. When the regime has no income source and depends on the fictional sale of oil in its budget bill, the consequence will be an increasing inflation rate and unbridled high prices.

Social hatred, which is on the verge of explosion, is the consequence of unprecedented high prices. “The skyrocketing prices of consumer goods in November 2020 has revived the memory of the uprising, which is a very bitter memory for the system,” wrote the state-run Vatan-e Emrooz on November 28, 2020.

The regime’s Supreme Leader, Ali Khamenei, and Rouhani are aware more than anyone else that exporting 2.3 million oil barrels per day is simply a dream and a mirage.

However, while their regime is suffocating, Khamenei and Rouhani bet on a hypothesis and possibility. In this regard, on December 6, Rouhani said: “When the Joint Comprehensive Plan of Action [JCPOA or the 2015 Iran nuclear deal with world power] was executed, we were able to increase oil sales to 2 million BPD. Today, there is a readiness to increase oil production.”

Rouhani’s remarks elucidate that he depends on the lifting of all sanctions in his imaginary budget plan. Many of the regime’s experts, elements, and state media responded to Rouhani’s dream.

“This bill is politically designed. If the MPs approve this bill, they are taking a highly effective step toward negotiations with the United States. Because, according to the bill, they have committed that ‘we need oil revenue. The oil revenue is conditioned to the lifting of all sanctions, and the latter is conditioned to negotiations with the U.S.,” said Mehdi Movahedi, one of the regime’s experts.

Mohsen Dehnavai, a member of the presidium of the regime’s parliament, said: “May God help Rouhani to wake up from his dream. Selling 2 million oil BPD means the government has assumed next year to be without sanctions. This is an unrealistic matter.”

Keyhan daily, known as Khamenei’s mouthpiece, wrote: “The 2021 budget bill is full of hollow and unrealistic revenues. We shall have a significant budget deficit next year.”

“Even a not-so-literate person can understand that achieving the 2021 budget revenue would be a miracle and has many inflationary consequences,” said Mohammad-Reza Sabz-Alipour, one of the regime’s economists.

Previous article
Round-up of Iran Protests: December 5 – 8
Next article
Maryam Rajavi: UN Experts Report Doubles the Need To Refer the File on the 1988 Massacre in Iran To the Security Council and To Bring To Justice Perpetrators of This Ongoing Crime Against Humanity