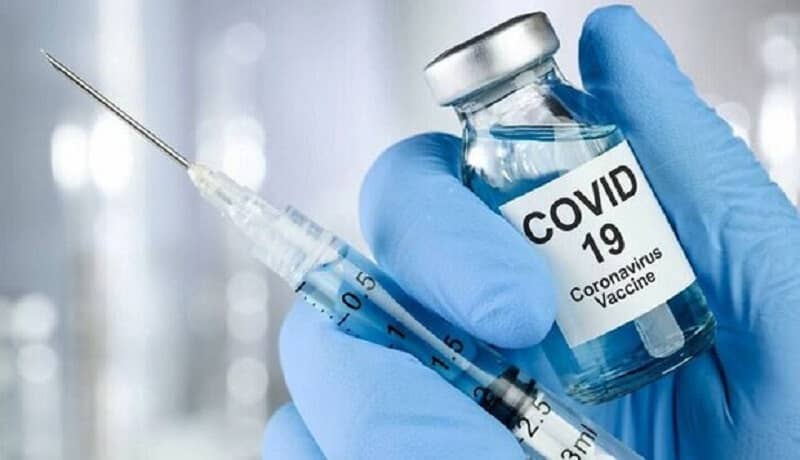 On the eve of the New Year, countries around the world have mobilized all their resources for public vaccination of people. Political figures and senior government officials receive vaccines in front of cameras to encourage people. Parliaments approve heavy distributing costs of the vaccine.

Government agencies are setting up urgent programs to facilitate the import and distribution of the vaccine around their countries, and the whole world is working for public vaccination and eradication of the deadly Covid-19 virus.

“Some 80 countries have purchased 7 billion doses of the Pfizer vaccine to make it available to the public free of charge. The list even includes the names of poor and crisis-hit countries such as Ecuador, Panama, Kazakhstan, Iraq, and Venezuela. Iran is the only name that is not on this list of countries ordering the vaccine,” wrote Iran’s state-run Jahan-e Sanat on Tuesday.

The deprived people of Iran are witnessing this contradictory and tragic situation. As the state-run media have underlined, “Procuring a foreign coronavirus vaccine has become a national demand and right.”

The coronavirus tragedy ravages Iran, and the clerical regime’s policies have resulted in the death of 190,000 Iranians.

The situation is so critical that even regime insiders sound the alarm. The heavy social pressure has forced the regime’s officials, experts, and state-run media to acknowledge the critical and dangerous situation of procuring the vaccine. Iran’s state-run media are filled with these warnings.

In such a situation, the question is why are the regime’s Supreme Leader Ali Khamenei and President Hassan Rouhani refusing to procure a credible vaccine and prevent more deaths?

One reason is political exploitation. Rouhani and his spokesperson claimed sanctions prevent the regime from purchasing the vaccine. The spokesperson of COVAX officially rejected this claim and said the United States Treasury Department has issued a license so the regime could obtain the vaccine and that there is no problem in this regard.

Subsequently, officials in Rouhani’s government claimed that “we had a problem with transportation and maintenance” of the vaccine. Other relevant officials in the regime rejected this claim too.

It turned out that Rouhani has taken the Iranian people hostage in order to gain concessions. He is thus playing with the lives of the people to achieve his political goal.

Another reason is that importing vaccines from credible international companies hinders the regime’s mafia controlling medicine to receive a huge profit. This mafia is under the control of the Revolutionary Guards (IRGC) and a plundering institution known as the Executive Headquarters of the Imam’s Order.

On the other hand, there is a widespread campaign on social networks stating that the vaccine is the right of the Iranian people, and the pressure of public opinion is increasing every day. This campaign has also caused concern in the state-run media, and they acknowledge a part of this fact.

“The Food and Drug Administration is under heavy pressure to approve domestically produced vaccines and anti-coronavirus medicines. Because obtaining approval from the Ministry of Health means a huge profit for the drug owner,” wrote the state-run Jahan-e Sanat on December 14.

Khamenei, the institutions under his control, government agencies, and the state-affiliated mafias are looking to find what Iranian people need in their hard lives, so they could use it to further plunder people and profit from it.

Now that the urgent demand of the Iranian people, like all the people of the world, is free and public vaccination, the government of thieves has begun to use the vaccine as a means of plundering billions of dollars more.

But this is not the whole story. The flip side of this coin is the Iranian people’s anger, that according to the regime’s media, is likely to explode at any moment.

The state-run Sharq daily on December 22 wrote: “People are frustrated and have lost patience,” and the dangerous question is “how long will people’s patience continue?”

Previous articleMaryam Rajavi: Jesus Christ, the Harbinger of Justice and the Eternal Beacon of Hope for the Salvation of Humanity
Next articleIran: Coronavirus Death Toll in 475 Cities Exceeds 191,000

On December 2, the Iranian regime's president, Hassan Rouhani, presented his 2021 budget to the Parliament. Since Rouhani presented the budget, the regime's own...
Read more
editorial

The trial of Iran’s diplomat-terrorist, Assadollah Assadi, and his three accomplices, started on Friday, November 27, in Antwerp, Belgium. For the first time, an...
Read more