PMOI member passes away in Albania. He is the 26th martyr of medical blockade 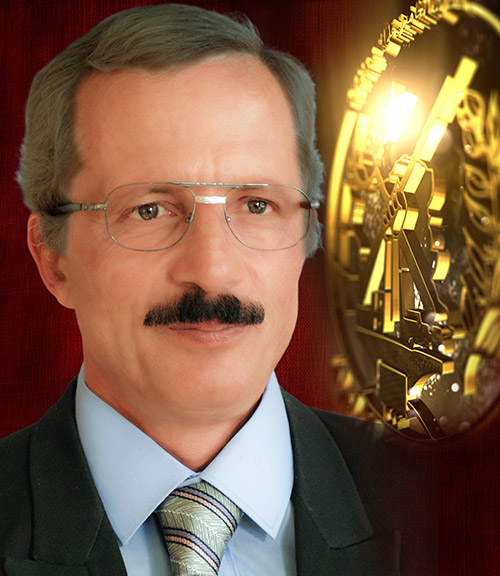 Mohammad Hadi Taali passed away in Albania. Before being transferred to Albania he was residing in Camp Ashraf and Camp Liberty in Iraq where his health deteriorated due to inhumane medical blockade.

He is the 26th PMOI member that has lost his life due to medical blockade imposed on Camp Ashraf and Camp Liberty residents.

At noon Saturday, August 8, member of People’s Mojahedin Organization of Iran (PMOI/MEK) Mr. Mohammad Hadi Taali passed away in a hospital in Albania after 40 years of struggle against the two dictatorships of the Shah and the mullahs. Mr. Taali died of lung cancer due to delays in his treatment caused by the antihuman medical blockade on Camp Liberty and Iraqi government’s role in preventing his temporary transfer to Erbil. He is the 26th martyr of the medical blockade of camps Ashraf and Liberty.

In 2013, physicians in Baghdad diagnosed that he has lung cancer and advised that he be transferred to Europe or Erbil for treatment. However, not only the endeavors of residents’ representatives for his transfer to Europe or Erbil were fruitless, but the cruel restrictions and intentional delays by Iraqi forces in his treatment in Baghdad aggravated his illness. Dozens of letters by Hadi Taali

and residents’ representatives to UN and U.S. officials, as well as Liberty’s Daily Reports on this matter, clearly show the role of the Iraqi government in tormenting him to death.

On 2 April 2014, in a letter to Nikolay Mladenov, Special Representative of Secretary-General (SRSG) for Iraq, residents’ representative once again requested Mr. Taali’s urgent transfer to Europe for medical treatment and emphasized that if such swift transfer is not possible, then government of Iraq be asked not to prevent Mr. Taali’s transfer to Erbil for treatment. Residents’ representative reminded that in any of the two solutions, all the expenses for his transfer and medical treatment will be paid by the PMOI.

The International Committee In Search of Justice (ISJ), in its report of July 2014 to the Security Council stipulated: “Mr. Hadi Taali who has suffered from lung cancer for 9 months and the residents have asked for his transfer to Europe for treatment and if not to Erbil. Despite promises by the UNHCR, he has not been transferred yet to Erbil.”

In 17 June 2014, residents’ representative wrote to UNHCR that Mr. Taali is among the “serious patients given the current situation in Iraq [that] their transfer is of highest priority. I wish to ask you to arrange for their immediate transfer to a European country, even if it meant to be on a temporary basis.”

On 25 June 2014, Mr. Taali wrote to UNAMI human rights office: “It is now two weeks that my treatment process has been stopped because of the GOI’s prevention of us going to Baghdad….With such obstructions and limitations of the GOI, my illness is progressing and the hope of my illness improving dies every day. Therefore I ask that you urgently intervene.”

On September 19, 2014, he wrote to the SRSG:
“Today I learned that one of my friends by the name of Taghi Abbasian… was tormented [to death]… I closely witnessed how he suffered pain and torment he had to tolerate for making a medical appointment. Similarly, I myself have been and am under such a torture by the agents of Iraq’s former Prime Ministry stationed at the camp. I have no doubt…if Taghi Abbasian had free access to medical services as a regular citizen has, he would have lived more years and wouldn’t have suffered so much…do I have to have the same destiny?

“I have stated in numerous letters that my current condition and the progress of my cancer has been the outcome of the brutal siege imposed on us; first of all there was such a delay in diagnosing the illness that it progressed; secondly, in treatment… I was harassed so much that the treatment has become more painful than the cancer itself.

“For instance, every time that I went for chemotherapy, I arrived very late at the hospital because of deliberate delays made by the prime ministry elements at the camp’s entrance, and each time the same elements accompanied us in our trips to further torture us, to shorten the time for injection that needed to be four hours to two hours. Because of this I repeatedly suffered a shock and terrible pains which was in fact a torture to me…

“You had committed that we would stay in Camp Liberty temporarily, whereas it is now about three years; we were supposed to have access to medical services; not only there were no medical services, rather it turned into a means for torturing and tormenting the patients. Has not the time come for the perpetrators of this antihuman siege to be expelled from the camp? ….Please do not let yourself witness another piteous death caused by turning Liberty into a prison and the brutal siege by the Iraqi intelligence agents that are the remnants of the previous government in Liberty.”

After his transfer to Albania, Mr. Hadi Taali was immediately placed under medical treatment, but because of the progress of his cancer caused by the delays in his treatment, physicians’ efforts proved in vain and he passed away on Saturday, August 8.

PMOI member Mr. Hadi Taali was born in March 1955. He supported the PMOI since the 1970s which resulted in his arrest by SAVAK, Shah’s secret police. In the years after, he was expelled from the factory where he worked because of his support for the PMOI. During the anti-monarchial revolution he was among the vanguards of strikes and labor struggles in Qazvin.
For three decades he was with the PMOI in Ashraf struggling and courageously steadfast against the antihuman clerical regime. He was amongst the injured of the July 28-29, 2009 brutal attack on Ashraf by the Iraqi forces and regime’s elements. Prime Minister Maliki’s forces destroyed his vehicle in that attack and badly battered him with wooden planks and batons injuring him in the head, ribs, left wrist, left ankle.

Mrs. Maryam Rajavi, President-elect of the Iranian Resistance, offered her condolences to all PMOI members and praised Hadi Taali’s steadfastness. She called on the U.S. government, UNAMI, UNHCR and Government of Iraq to take immediate measures to end the antihuman siege of Camp Liberty to prevent more patients from being tormented to death which is crime against humanity.