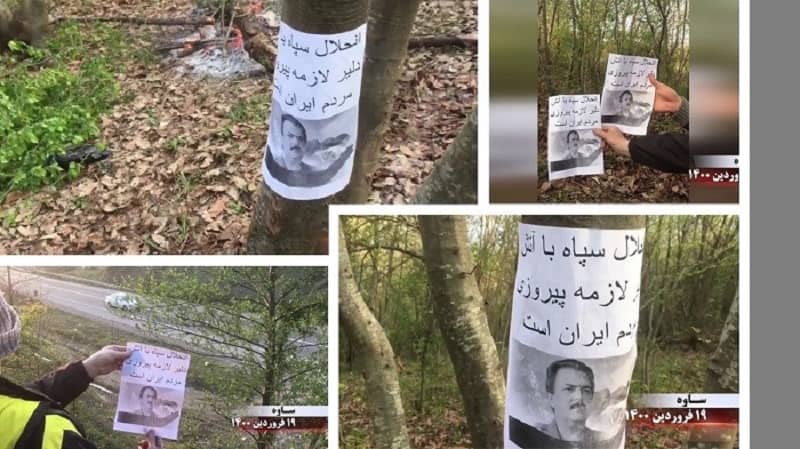 “Our vote is regime change, not to religious dictatorship, yes to a democratically-elected republic”

Over the past week, supporters of the Mujahedin-e Khalq (MEK/PMOI) and the Resistance Units posted banners and placards and writing graffiti in public places in various cities across Iran, calling for the nationwide boycott of the regime’s sham presidential election. The public welcomed the activities, which took place in different areas of Tehran and in Isfahan, Karaj, Ahvaz, Abadan, Mashhad, Shiraz, Rasht, Tabriz, Zanjan, Kermanshah, Sonqor, Saveh, Kerman, Bijar and Neyshabur, etc.

Secretariat of the National Council of Resistance of Iran (NCRI)
April 10, 2021 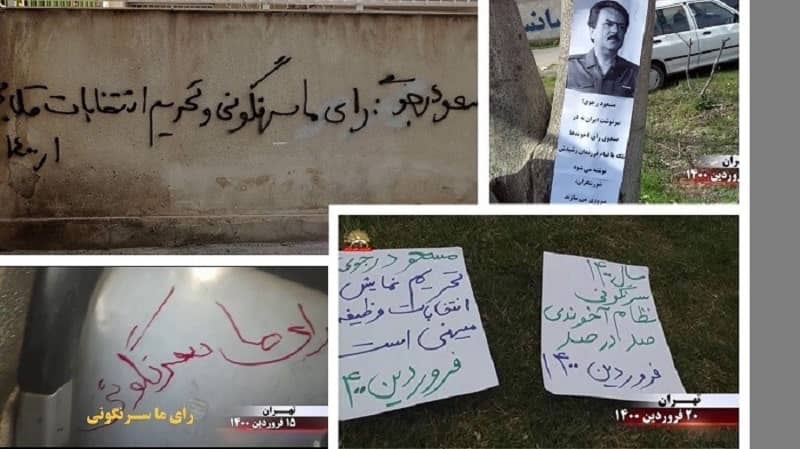 Tehran – Activities of the Resistance Units and Supporters of the MEK – “Massoud Rajavi: Our vote is regime change and boycotting the sham election,” – April 4-9, 2021