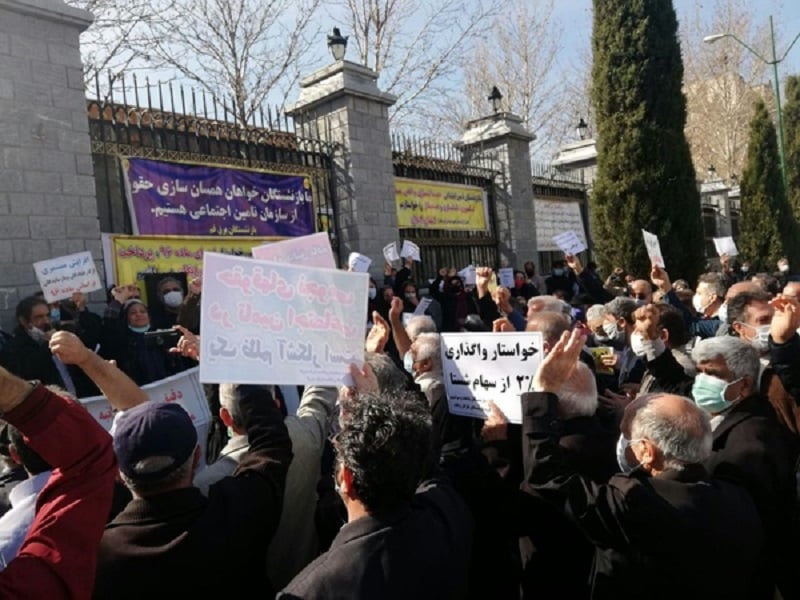 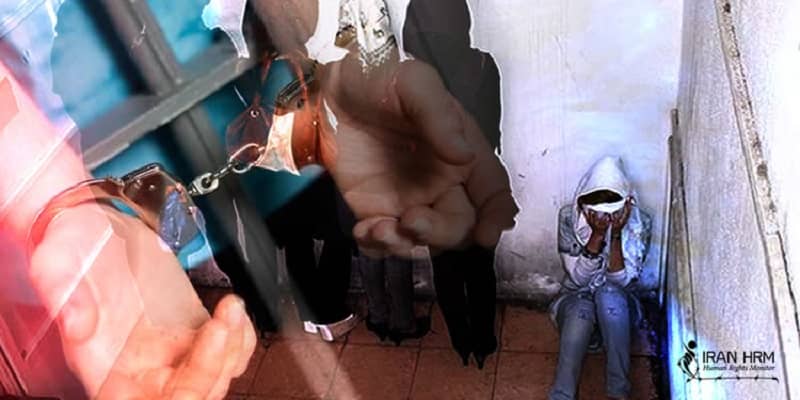 Thirty-one women and men were arrested at a private party in a coffee shop in the southwestern Iranian city of Mahshahr, judicial authorities announced on April 10.

“The state security forces arrested 31 people at a mixed [gender)] party in a coffee shop in Mahshahr Port,” the Public and Revolutionary Prosecutor of Mahshahr Port said, according to the state-run IRIB News Agency.

Apr. 10- Nishabur, NE #Iran
Locals from the Hoseynabad-E Jangal Village gathered outside the Deputy Administration of Real Estate and Land of the Astan Quds Razavi Bonyad, to protest the stealing of their lands by the corrupt bonyad. #IranProtests https://t.co/sVTVUH5zbg pic.twitter.com/MedVzeD89o

Apr. 10- Sirjan, SE #Iran
Angry locals from Chahar Gonbad protested outside a dam built by Behbahani, the son of an Iranian minister.
"The people are thirsty. Trees have dried up and the son of the minister has built a dam with our water!" an angry man cries out. #IranProtests pic.twitter.com/An8KIsKDDG

Apr. 10 – Shahr-e Kord, SW #Iran
Firefighters gathered today outside the Governor's Office to protest their employment status. They say their rights have been trampled and none of the local officials are looking into their problems. #IranProtests pic.twitter.com/lMHxDS5GdO

Iran’s Supreme Leader in Search Of a Presidential Candidate

Every few days, the Iranian regime with ridiculous maneuvers tries to draw attention to its upcoming presidential election which will be held in June 2021. One of these shows is the presence of the military elements in this show, who mainly are officers in the regime’s Revolutionary Guard (IRGC).

Iran Can No Longer Contain the Coronavirus

In an unprecedented admission, Iran’s Health Minister Saeed Namaki said, “We have lost control of the coronavirus.” In his interview with the state-run TV Channel Six on April 4, the Health Minister acknowledged that four deans of medical sciences universities had contracted the UK strain of Covid-19. “We have currently lost the control of the ‘outlaw rogue’ Covid-19. It is unclear when we can once again bring the triple-digit number of deaths below the triple-digit numbers. I do not know,” Namaki added.

23 Days After Her Exile, Atena Daemi Was Transferred to the General Ward

23 days after her forcible exile, political prisoner Atena Daemi was transferred to the general ward of Lakan Prison of Rasht, capital of northern Gilan Province, on April 8, 2021. Ms. Daemi was detained longer than usual in the quarantine ward. This is while new arrivals are not quarantined before being sent to the wards. 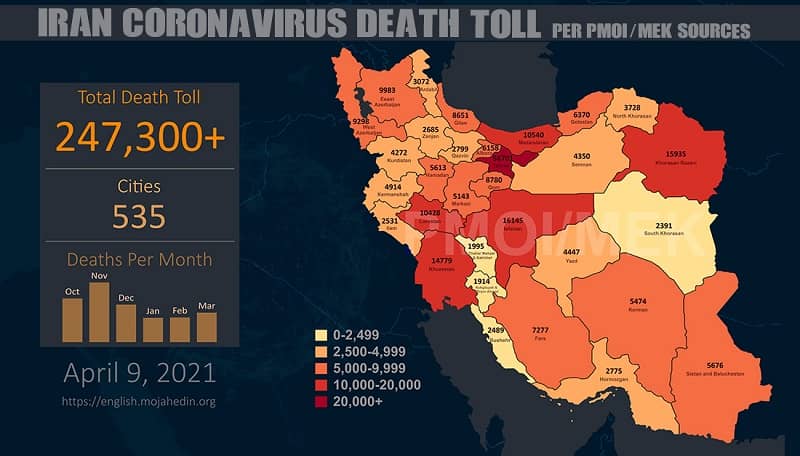 More than 247,300 people have died of the novel #coronavirus in 535 cities checkered across all of Iran's 31 provinces, according to the Iranian opposition PMOI/MEK.

Protest and rallies in Shiraz and Semnan provinces on Friday, April 9th

Despite the high number of fatalities, less than 1% of Iran's pop. have been vaccinated. pic.twitter.com/6skCavN6af

The second day of gathering by Villagers from Aftar in Semnan Province in front of the City Council’s office against the recent regionalization by the state. 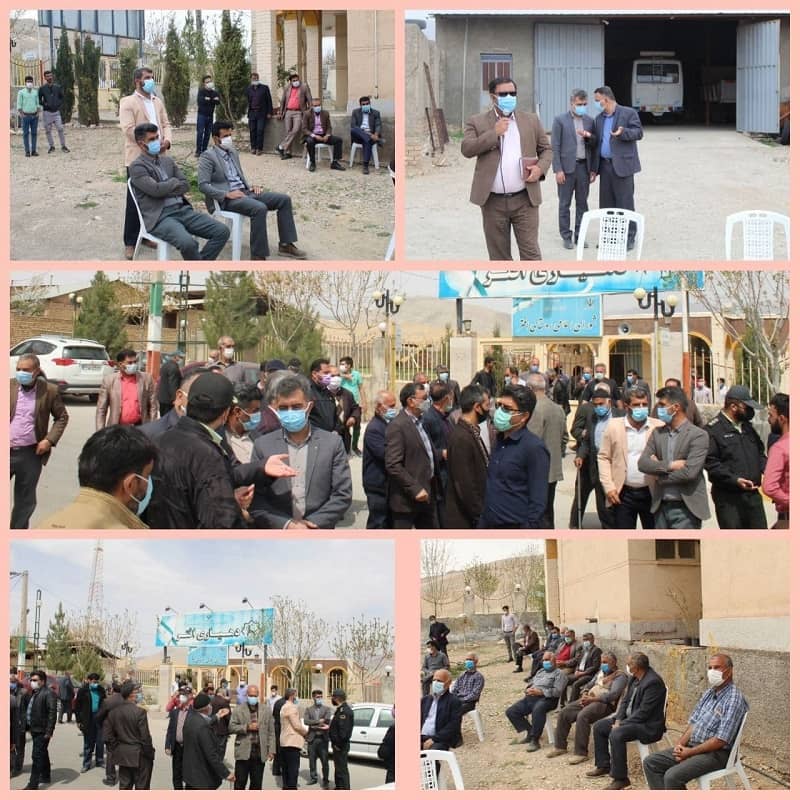 On Thursday, the residents of the Lajerd County, Semnan Province in north-central Iran rallied to object to the latest land distribution by the state. 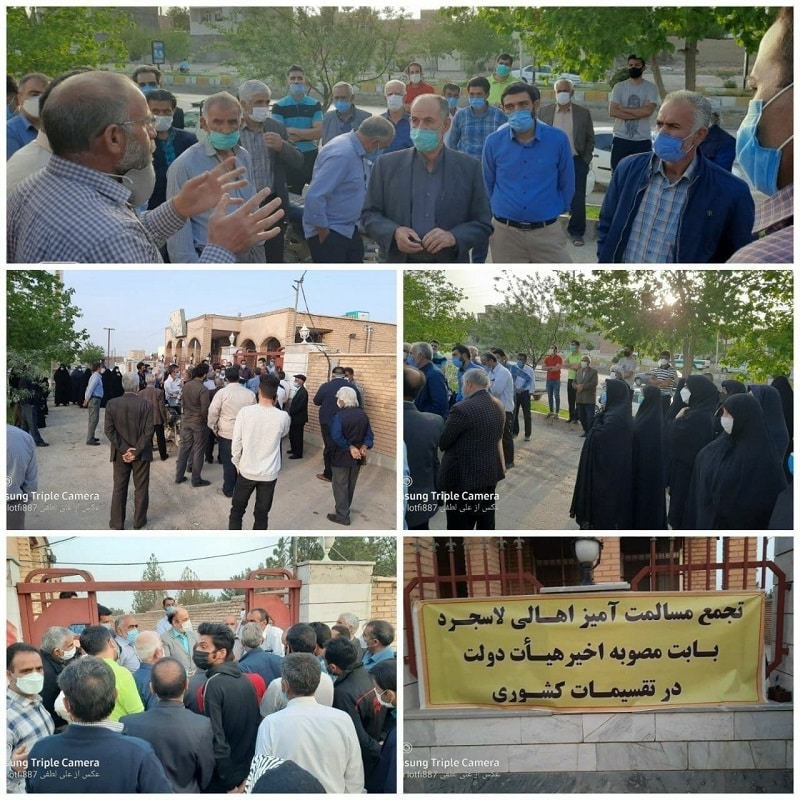 The Iranian regime ordered all businesses to close down, without any bailout or measures to safeguard the people’s livelihoods. Reports from Zanjan, northern Iran suggest that police forces are trying to coercively seal shops to enforce the lockdown. 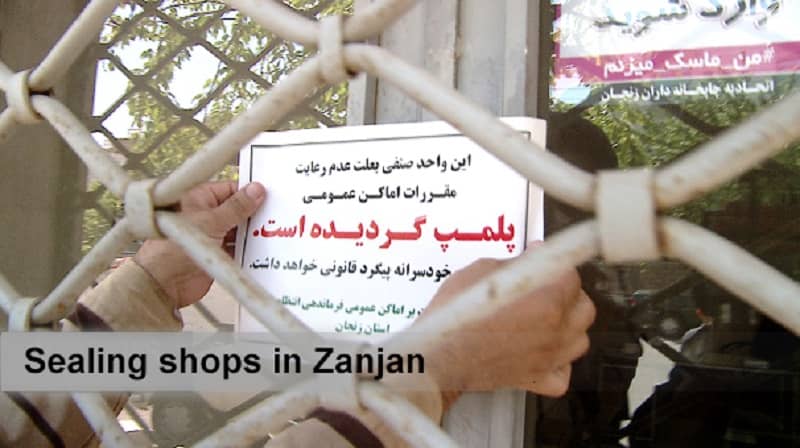 April 8, 2021—Anti-regime activities and campaigns against the regime’s sham presidential elections in June continued in recent days across Iran.
The network of the People’s Mojahedin Organization of Iran (PMOI/MEK) inside the country, known as the Resistance Units, organized a vast campaign calling for the boycott of the upcoming sham elections.