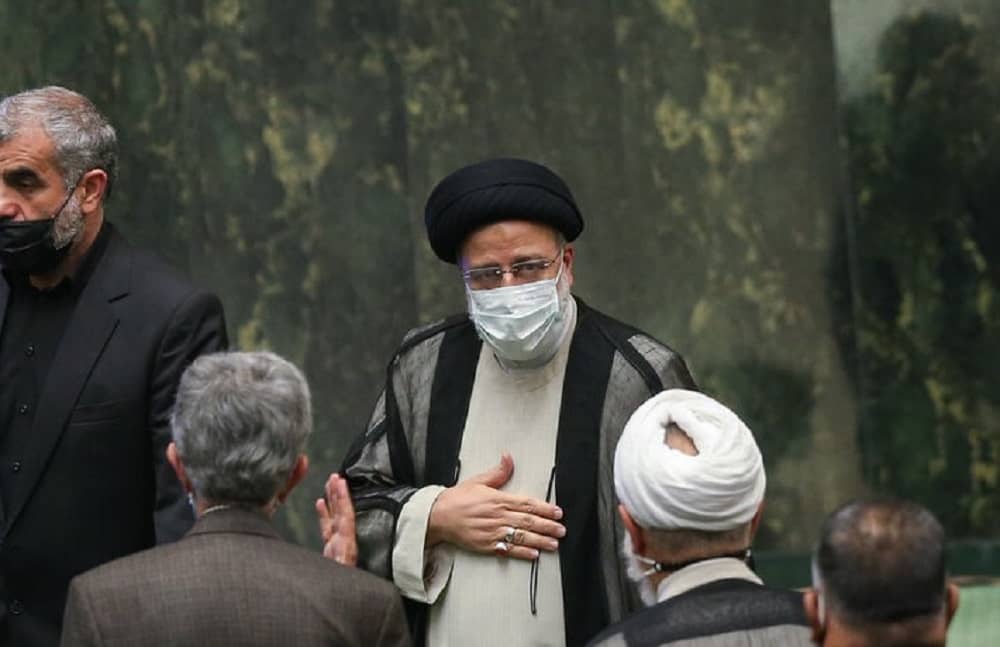 This Thursday marked the inauguration day for the Iranian regime’s new president, Ebrahim Raisi. It comes at a time when countless Iranians both inside Iran and throughout the world are memorializing the 30,000 people who were killed between July and September of 1988, many of them upon Raisi’s order. The overlap between these events underscores the message that was presented to the international community by human rights groups and the Iranian Resistance immediately following Raisi’s June 18 “election”: By promoting its worst human rights abusers, the Iranian regime is demonstrating its clear expectation of impunity in the face of all its malign activity.
Raisi’s ascension to the presidency is part of a long pattern of regime officials being awarded ever greater influence within government and industry either in spite of their involvement in the 1988 massacre or precisely because of it. Prior to being put forward as the pre-selected candidate in the recent sham presidential election, Raisi was appointed as head of the judiciary by the regime’s Supreme Leader Ali Khamenei. If there is any doubt about the intention behind placing such an individual in charge of the nation’s law enforcement, it should be dispelled by the fact that both of the men who served as Minister of Justice in the administration of the regime’s former president Hassan Rouhani were also well-recognized participants in the 1988 massacre.

One of them, Mostafa Pourmohammadi, gave state media interviews near the end of his tenure and openly defended that massacre, even going so far as to declare that he was proud to have helped carry out “God’s command.” That command, according to Pourmohammadi and other current and former officials, was for the systematic execution of persons affiliated with the leading pro-democracy opposition group, the People’s Mojahedin Organization of Iran. It directly reflects the fatwa that incited the massacre, in which the regime’s founder Ruhollah Khomeini declared that all MEK members and other opponents of the theocratic system were guilty of “enmity against God.”
That sentence carries the death penalty and has been implemented on countless occasions over the ensuing 33 years to justify the execution of anyone who shows the slightest sympathy for the PMOI, even if just by distributing its literature or donating money to the opposition’s satellite television network. There can be no question that the implementation of such sentences will accelerate in the era that began on Thursday with Raisi’s inauguration.

Already, as judiciary chief, he oversaw a much more application of the death penalty in a country renowned for its world-lead rate of executions per capita. And when residents of nearly 200 Iranian cities and towns staged a nationwide uprising in November 2019, Raisi played a leading role in the ensuing crackdown, which saw 1,500 people shot dead and thousands of others subjected to torture following mass arrests. His promotion to the regime’s second-highest office gives Raisi even more power to direct authorities toward outcomes that are chillingly reminiscent of 1988.
What’s more, the regime’s new president will have ample justification for wielding this power, since Iran has been rocked by renewed unrest in the run-up to his inauguration and is on the cusp of another uprising much like the one that took place less than two years ago. Some of that unrest took place the very day after Raisi’s “election” and underscored the public condemnation of his candidacy which also found outlet in a mass boycott of the polls. Less than ten percent of the Iranian population took part in the tightly-controlled process. In refusing to cast ballots, many of them implicitly endorsed the message of PMOI “Resistance Units” who had promoted the boycott as a means to “vote for regime change.”
Support for regime change had already been made explicit in the November 2019 uprising and a previous uprising in January 2018. In both cases, participants from all walks of life were heard to chant “death to the dictator” and to call out for an alternative to the political “game” that Iran’s mainstream political factions had been playing for much of the past 40 years. In some of the most recent protests which were sparked by water shortages in Khuzestan Province, people have been heard to repeat and elaborate upon this sentiment, often stating plainly, “We do not want the Islamic Republic.”

The Iranian opposition’s president-elect, Mrs. Maryam Rajavi, recently underlined that the Raisi era will be defined by an unprecedented increase in “hostility and enmity between the Iranian regime and society.” The beginnings of that trend be seen today in Khuzestan and more than a dozen other provinces, but the international community must recognize that there is an overlapping trend of violent repression by Iranian officials. At least a dozen participants in the ongoing protests have already been killed, and the accompanying mass arrests raise well-founded concerns that the entire regime will soon help Raisi to compound the legacy of his conduct in 2019 and perhaps also in 1988.
The past few years have made it abundantly clear that the Iranian people will stand up against such repression and will most likely use it to fuel still more unrest and uprisings.

But this is no excuse for Western powers to stand idly by while Tehran kills the people who are crying out for freedom and rewards the people who have perpetrated vicious crimes against humanity on the regime’s behalf. The international community must formally investigate those crimes and consider prosecuting their perpetrators, if only to make it clear that similar conduct will not be overlooked in this era that is just beginning.