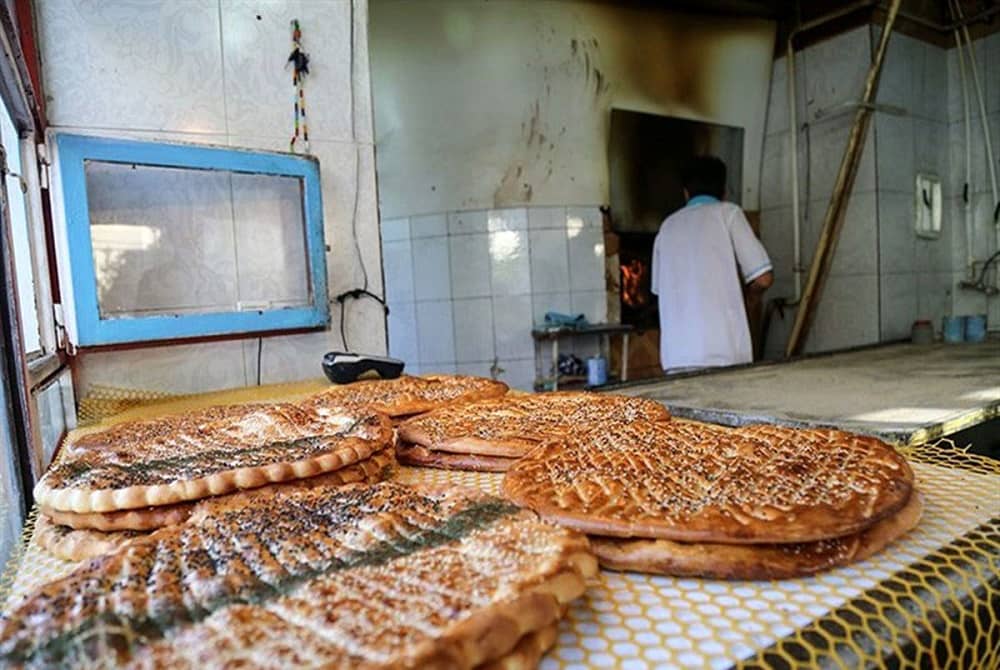 While protests in southwest Iran to water shortages continue, reports from Iran indicate that Iranians would soon be unable to purchase bread, the last food item left on their table.

Tehran Traditional Bakers Union announced the increase in bread prices, and the regime’s provincial government in Tehran announced this to Iran’s chamber of guilds. This announcement comes months after the regime increased the bread price for few times secretly. While Iranians can hardly make ends meet, the regime continues plunging its hands deeper into the people’s pockets.

The disturbing news of increasing bread prices was circulating since the end of 2020.

“It is a big threat to a large part of the deciles that sometimes can’t buy these goods. A clear example of this is some reports that have been published about the sale of ‘leased bread’ in some impoverished cities and provinces,” wrote the state-run Etemad daily on December 28.

Since mid-April 2021, the regime started to increase bread prices unofficially. The head of the Karaj Bakers’ Union said on May 16: “It has been approved to increase the price of different types of bread by up to 50%.”

Meanwhile, the Iranian bakers have announced on many occasions that due to the high inflation and skyrocketing prices of flour, water, electricity, and other expenses of bakeries, they are unable to make ends meet. They underlined that despite their repeated follow-ups and protests to the rampant costs of the bakery, the regime has refused to help them.

Iran’s state media acknowledged the regime has unofficially increased the bread prices and warned about its consequences.

“There have been rumors about increasing the price of bread, which is the red line of the people. We cannot joke with the people’s bread. Because bread is one of the Iranian people’s main foods, and if this happens, it will surely lead to a social explosion,” wrote the state-run Eghtesad-e Pouya on May 5, 2021.

Yet, as the semi-official Mehr News Agency wrote on May 16, the question is, “Why the price increase is not officially announced?”

The regime had refused to officially announce the price increase to avoid another uprising, as it has not forgotten the bitter experience of increasing the fuel price in November 2019, which sparked the major Iran protests.

“Bread price control policy is one of the main goals of the government to control people’s dissatisfaction with the unbridled rate of inflation and livelihood problems,” the semi-official ILNA News Agency wrote in this regard on March 15, 2021. It is worth noting that the so-called “controlling” of bread prices means the increase of bread prices, not reducing it.

Now that Tehran’s provincial government has announced the increase in bread prices, the regime cannot cover up its scheme of plundering people. While the regime has increased the bread price, Iranians cannot make their ends meet and are under the heavy pressure of inflation and skyrocketing prices.

“Some commodities have crossed the critical inflation mark. Comparing the average price of food items in this month with the same month in the previous year shows that in two cases of selected food items, the changes were more than 100%. The highest price increase belongs to pasteurized butter (121.4%), chicken (118.8%), and liquid oil (89.0%),” wrote the state-run Jahan-e Sanat daily on July 18, 2021.

The recent protests in Khuzestan showed that Iran’s restive society would no longer tolerate the regime’s plundering. Increasing the bread prices would undoubtedly result in more protests. It also shows how desperate the regime is to fund its illicit activities that it has decided to deprive people of the most basic food, which could result in more protest and a nationwide uprising.