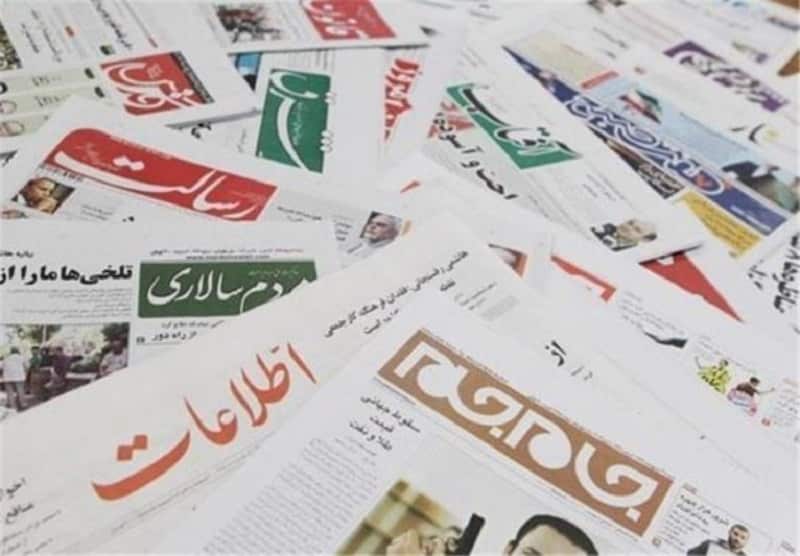 The People’s Mojahedin Organization of Iran (PMOI/MEK) announced on Sunday that Iran’s Covid-19 death toll had surpassed 458,700. The regime’s engineered statistics of 125,000 deaths confirm the severity of the current health crisis in Iran. This issue has been a topic discussed in Iran’s state-run newspapers in recent days.

“Health officials in seven provinces warned of the sixth wave of Covid-19 outbreak. Alireza Zali, head of the Covid-19 Combatting Headquarters in Tehran, stressed that the current downward trend is “unstable and fragile.” Majid Shirani, the president of Chaharmahal and Bakhtiari University of Medical Sciences, announced a worrying increase in the number of hospitalized patients,” wrote the state-run Arman daily on Monday, October 18, 2021.

Iran is about to suffer from the sixth wave of the Covid-19 outbreak. The regime could have prevented this situation if it had vaccinated the population using WHO-approved vaccines.  Now, despite Iran’s low rate of vaccination and high mortality rate, regime authorities try to show the situation is normal.

“The Minister of Health announces the beginning of the sixth peak of coronavirus in the country. The current situation is uncertain. Yet, he describes the situation as ‘normal’ and states that events like Friday prayers will be reopened next week. Another point is that universities and schools are scheduled to reopen while many students are still incompletely vaccinated,” wrote the state-run Setareh Sobh daily on Sunday, October 17, quoting Mohammad-Reza Mahboubfar, a health expert.

“In addition to Covid-19, we have some other infectious and chronic diseases in the country that we have overlooked. One of the most important of these diseases is tuberculosis. Therefore, we need to prepare for the sixth peak of coronavirus. I believe that the Minister of Health is the first person to promote ‘normal situation’ in society. While stating that the country is ready for the sixth courier, it is still not clear why he tries to pretend the situation is normal?” Mahboubfar told Setareh Sobh.

Iran’s state-run newspapers also acknowledged Iran’s worsening economic situation, which has turned society into a powder keg.  According to the state-run Etemad daily on Monday, “According to the Poverty Alleviation Report of the Ministry of Labor and Cooperation, 26.5 million of the country’s population live in absolute poverty.”

There have been ongoing protests by Iranians from all walks of life in the last few months to the poor economic situation. In recent days, dozens of Iranian cities witnessed major protests and strikes by teachers who could hardly make ends meet due to their low income and high inflation.

“The of monthly waste in Tehran has decreased by 12,500 tons compared to 2018. This statistic is largely related to the country’s deplorable economic situation and the middle class’s fall below the poverty line. It is also a wake-up call for Iranian society,” wrote the state-run Mostaghel daily on Monday, October 18. “Three weeks ago, Iran’s Statistics Center announced the latest employment statistics, which were also not very pleasant: 2 million 496 thousand people who were looking for a job in the summer could not find one,” Mostaghel article adds.

“The shrinking capacity of Iran’s economy, the rising unemployment and inflation rate, and people’s shrinking table, are warnings to officials. The resilience of the youth and the frustrated classes is to a certain extent. From that point on, they no longer see any reason to remain silent and react,” Mostaghel warns officials.

“News of social ills, reports of people’s worsening economic situation, and them being forced to eliminate items such as meat and poultry from their tables, should be considered as countdowns and alarms [before another uprising],” Mostaghel adds.

The state-run Ebtekar daily also acknowledged on Monday the rift between Iran’s poor population and the minority of wealthy elites. “In a process that occurs sooner or later, the gap between rich and poor becomes so great that the lower classes will behave unpredictably,” Ebtekar daily wrote.

Previous articleEU Nuclear Envoy’s Visit to Iran Only Emboldens Mullahs in Their Race Toward an Atomic Bomb
Next articleCoronavirus Death Toll Across Iran Exceeds 459,500