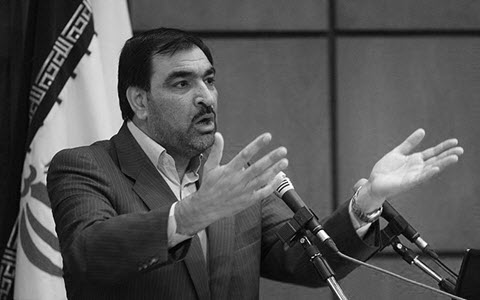 NCRI – Head of the Iranian regime’s Court of Audit says that unlike Iran, in no place in the world, the amount of government debt is “confidential”; the country’s budget balance in 2016 has reached negative 61 thousand, and “disorderliness and lack of transparency” are the “black hole” of Iran’s budget.

According to the state-run Tasnim news agency affiliated to terrorist Quds force on Monday, November 13, Adel Azar announced the issue at a public session of parliament, and said: “One of the key indicators of the budget is its operational level. In 2011, this level was 28 thousand negatives and in in 2016, it was 61 thousand negatives showing that we have to sell the assets and resources of the country, which are oil and companies, to provide the necessary money.”

According to him, “Our capital assets is funded by selling bonds, and when the repayment of the partnership bonds is due, the principal money and its interest is paid back again with bonds and no money is used to pay it back.

According to this official’s admission, “Indiscipline and lack of transparency and diversion in the goals” are seen in the budget, which are the “black holes” of Iran’s budget.

The head of the regime’s Court of Audit noted the “proprietary income” as one of the “serious corruptions” in the budget of the regime and called it “one of the unconventional payment centers.”

He confessed to what he called “embezzlement of the budget allocated for development”, adding that “for every 100 Toman [money spent on development projects in the country], 52 Toman is exhausted (goes out), and another 48 Toman is squandered.”

Previously, experts have repeatedly criticized the “structural” problems of the budget system in Iran and warned that if these problems were not resolved, the of the country’s administration would be “disrupted”.

Government website Eqtesad Gardan (or Circular Economics) wrote in this regard that in addition to the lack of clarity on the “objectives” of the budget design and regulation, which makes it practically impossible to study the effects and results of budget laws, “MPs are also not qualified to deal with the budget, and their personal taste approach exacerbates adoption of an unsuitable budget for the country.”