Releasing Iran’s Frozen Assets: Would It Improve the People’s Lives? 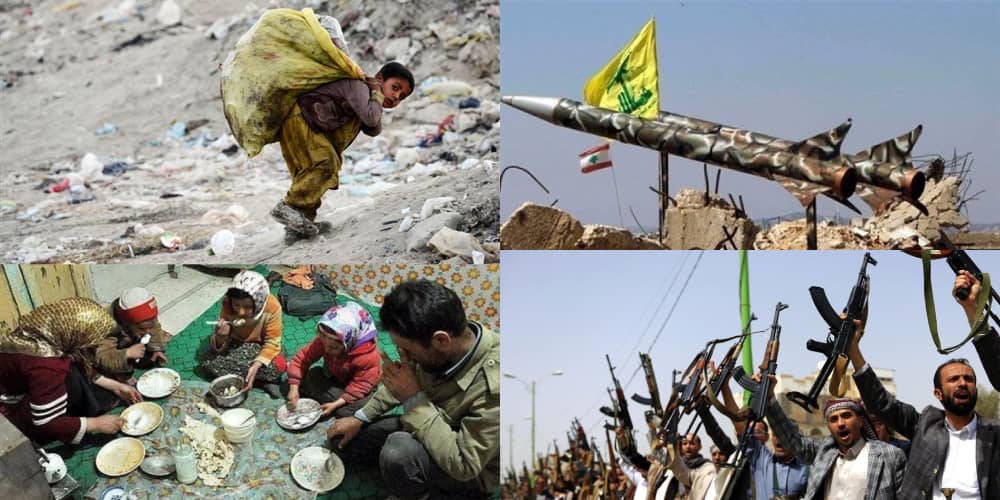 Iran’s frozen assessment in different countries has been a controversial topic in recent days. The Iranian regime has been pressuring countries to release its frozen money so it could use it. But would this money help the Iranian people or be spent on the regime’s malign activities?

There are many speculations about the amount of Tehran’s frozen money. This amount ranges anywhere from $20 billion to $180 billion. In recent weeks, the Iranian regime increased its pressure on South Korea to deblock over $7 billion.

The South Korean government has refused to give any cash to the Iranian regime, citing the U.S. sanctions on Tehran’s oil export. This has been a similar case with China, Japan, and India. The majority of the Iranian regime’s oil export is to these four countries that currently refuse to give any. Unlike what Tehran tries to sell to the world community, the regime is allowed to use this amount of money to procure vaccines and address Iran’s Covid-19 outbreak.

According to reports tallied by the Iranian opposition, Iran’s Covid-19 death toll surpassed 453,900 on Monday. Even the regime’s engineered death toll of 122,868 on Monday confirms that Iran is going through its darkest days of the Covid-19 outbreak.

“We are still witnessing a fragile situation regarding the coronavirus in [Ardabil] province. The virus continues to spread in various parts of this province. These fragile circumstances, if left unattended, can lead to a new wave of this illness and an increase in the number of new cases,” said the dean of Ardabil Medical Sciences University on Monday, according to the state-run Tasnim News Agency.

Decrease of Oil Production and Revenues: A Crushing Blow to Iran’s Regime Amid Coronavirus Outbreak

The Iranian regime could have prevented the current Covid-19 crisis by using credible vaccines. But the regime’s Supreme Leader, Ali Khamenei, has effectively banned credible WHO-approved vaccines from the US and UK since January 8, 2021. But still, the regime is able to use its frozen money to procure vaccines.

“Given the Japanese government’s cooperation and since we can now import vaccines, importing vaccines from Japan using Iran’s blocked currencies can be a very desirable option in the current situation,” Bahram Shakuri, a member of Iran’s Chamber of Commerce and the Chairman of the Iran-Japan Joint Economic Committee, announced on August 24.

While facts and figures underline those sanctions do not prevent the regime from addressing Iran’s Covid-19 crisis, it should be noted that sanctions are merely imposed due to the regime’s malign activities. By stopping its nuclear program or support of terrorism, sanctions would be lifted rapidly. Yet, the regime would not stop its regional adventurism and clandestine nuclear program.

“Most of the sanctions are imposed due to the [system’s] ideology, and naturally standing up for the ideology will incur costs. But our discussion is not about why and how the sanctions are imposed. The question is that why do we refuse to take safe paths against sanctions and impose a lot of economic costs on the country?” wrote the state-run Eghtesad-e Pouya daily on October 4 in this regard.

The regime needs a flow of cash to fund its terrorist proxy groups such as Hezbollah and Houthis. According to an exclusive report published by the U.S. State Department in 2020, the Iranian regime “pays as much as $700 million in funds annually” to Hezbollah, besides being “one of the primary suppliers of Hizballah’s military technology.”

This fact was recently confirmed in the Iranian Resistance’s latest revelations about Tehran’s massive UAV program on October 6. According to the National Council of Resistance of Iran (NCRI): “In 2003, seven members of the Lebanese Hezbollah received training for the first time on the Mohajer-4 aircraft at the Quds Air Industries, which produces UAVs. Subsequently, the regime sent several of these aircraft to Hezbollah in Lebanon. Due to the importance of using UAVs for terrorist acts, in 2006, Imad Mughniyeh visited Sepehr Airport during a visit to Tehran to see how UAVs were launched from vehicles.”

As a part of the 2015 Iran nuclear deal, billions of dollars were released to the regime, but the Iranian people’s living conditions did not change, and in fact, major Iran protests erupted in 2018 due to economic crises. The regime used every penny it had received through the nuclear deal to fund terrorism.

The western governments’ negligence to address Tehran’s malign activities only resulted in Tehran advancing its nuclear program and expanding its missiles and UAV programs. Meanwhile, over 80 percent of Iranians live under the poverty line.

As the Iranian Resistance has stated, “None of the sanctions against the regime should be lifted until it has stopped all its rogue behavior and intransigence in the region and its repression of the Iranian people.”

Previous article
To Prevent Worse Crackdowns on the Iranian People, Arrest Iran’s Regime President
Next article
Iran: 14 Political Prisoners Transferred to the Punishment Ward and Prevented From Contacting Their Families