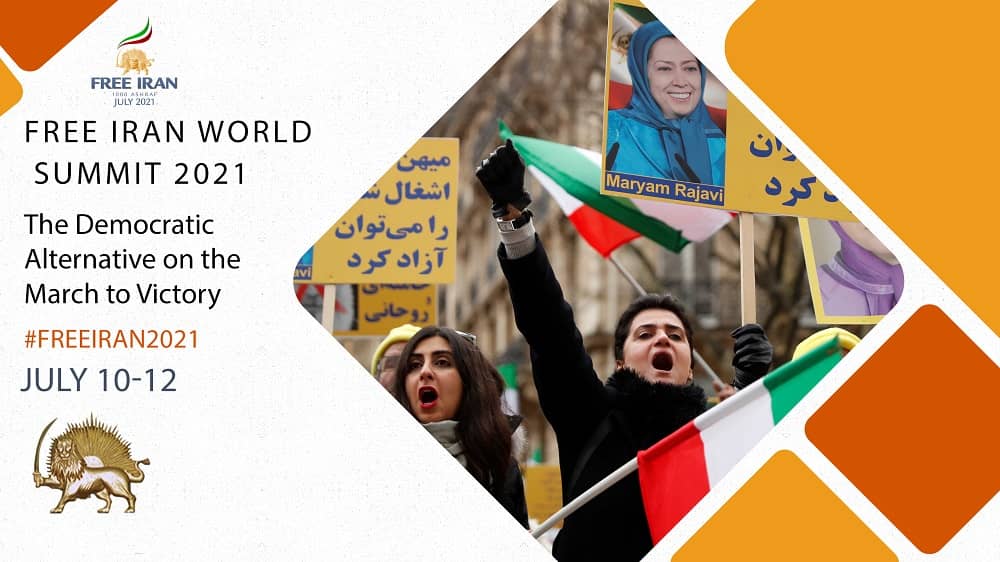 Following the June 18 presidential election in Iran, policymakers throughout the world must grapple with the reality of the Iranian regime’s next president being a notorious violator of human rights. While most high-ranking Iranian officials have some connection to past human rights abuses by the theocratic regime, Ebrahim Raisi is regarded as one of the leading perpetrators of the Iranian regime’s single worst crime against humanity.
In 1988, Raisi was a deputy prosecutor in the capital city of Tehran, and in the summer of that year, he was assigned to serve on the “death commission” that was tasked with implementing Ayatollah Khomeini’s recent fatwa in Evin Prison. As home to the largest population of Iran’s political prisoners, the facility was the prime venue for Khomeini’s effort to stamp out organized opposition, particularly from the People’s Mojahedin Organization of Iran (PMOI/MEK).

Toward that end, the regime’s founder and first supreme leader declared in mid-1988 that the MEK members were guilty of “enmity against God,” and thus, all their members and supporters were inherently subject to capital punishment and should be handled without mercy. In the summer of that year, death commissions were assembled throughout the country, comprised of Islamic clerics, public prosecutors, and representatives of the Intelligence Ministry. In “trials” that lasted a few minutes, these tribunals interrogated political prisoners over their affiliations and their views toward the theocratic system, then ordered the execution of over 30,000 political prisoners.
As the judiciary’s representative on the Tehran death commission, Raisi bore responsibility for a substantial portion of the 30,000 victims, the ensuing massacre claimed nationwide. He still bears that responsibility today, as no one has been held accountable for the killings after more than 30 years. In fact, numerous officials, including Raisi himself, have been richly rewarded for the service they rendered to the regime through violent reprisals against its political opponents. Many of these rewards have been bitterly ironic, including the appointment of death commission members as both the current and former Minister of Justice under the supposedly moderate outgoing president, Hassan Rouhani.
It was presumably because of his role in the 1988 massacre and his broader reputation as a hanging judge that the regime’s Supreme Leader Ali Khamenei selected Raisi as the new head of the judiciary in 2019. That role provided him the opportunity to expand upon his bloody legacy by overseeing the crackdown on a nationwide uprising in November of that year.
Raisi has had a direct hand in both categories of violent action, having served now as the judiciary chief and as a head of Astan-e Quds Rezavi, a so-called religious foundation with a long history of exporting Islamic extremism and financing terrorist groups throughout the world. This background cleared the way for Raisi to run a virtually unchallenged campaign for the presidency, with the clear backing of Supreme Leader Khamenei.

Raisi’s selection to become the next president of the regime is the ultimate reaffirmation of Tehran’s commitment to political violence as a core aspect of the regime’s identity. Thus, it is imperative for the international community to immediately take actions and condemn his record, condemn the entire regime for defending and lionizing his human rights abuses, and demand a measure of accountability for a range of unresolved issues, including the 1988 massacre and the November 2019 crackdown, which killed at least 1,500 peaceful protesters.
These actions may include economic sanctions, restrictions on Raisi’s freedom of movement as he represents Iran on the world stage, and formal investigations into past crimes, with an eye toward promoting the prosecution of Raisi and others in an international court. These efforts are morally imperative in their own right, but if any Western policymaker tries to argue that they have no further, practical benefit, it is surely a sign that they have not been paying attention to developments inside Iran since the outbreak of the first nationwide uprising at the end of 2017.

That uprising led to a dramatic shift in the way Iranian authorities and Iranian society as a whole talk about the country’s pro-democracy Resistance. Soon after the 1988 massacre, Tehran began insisting that the MEK has no meaningful support inside Iran and poses no serious threat to the mullahs’ hold on power. That talking point evaporated in January 2018 when Khamenei admitted that the MEK had planned for months to popularize an explicit message of regime change. Since then, Tehran’s warnings about coordinated unrest have never ceased.
Even after the 2019 crackdown, Iranians from all walks of life continued to defy the regime’s authority by refusing to vote in 2020’s parliamentary election and this month’s presidential election. The MEK promoted those electoral boycotts as means of “voting for regime change,” and the NCRI predicted that this would lead to further nationwide uprisings, especially in the presence of meaningful support for the Resistance or pressure on the regime, from the international community.
What will be the consequences of Raisi’s presidency for Iran and the International community? This will be one of the main topics of the Free Iran World Summit 2021 between July 10 and 12, when the Iranian expatriate assembly for their annual gathering. This year’s event will be comprised of gatherings of Iranian expatriates in countries all across the world and will feature speeches from American and European policymakers and Iran experts.

Previous articleIran’s Election Once Again Debunked The Myth of Reforming Mullahs
Next articleIran: International Call To Prevent Execution Of Hossein Shahbazi, 17 At Time Of Arrest