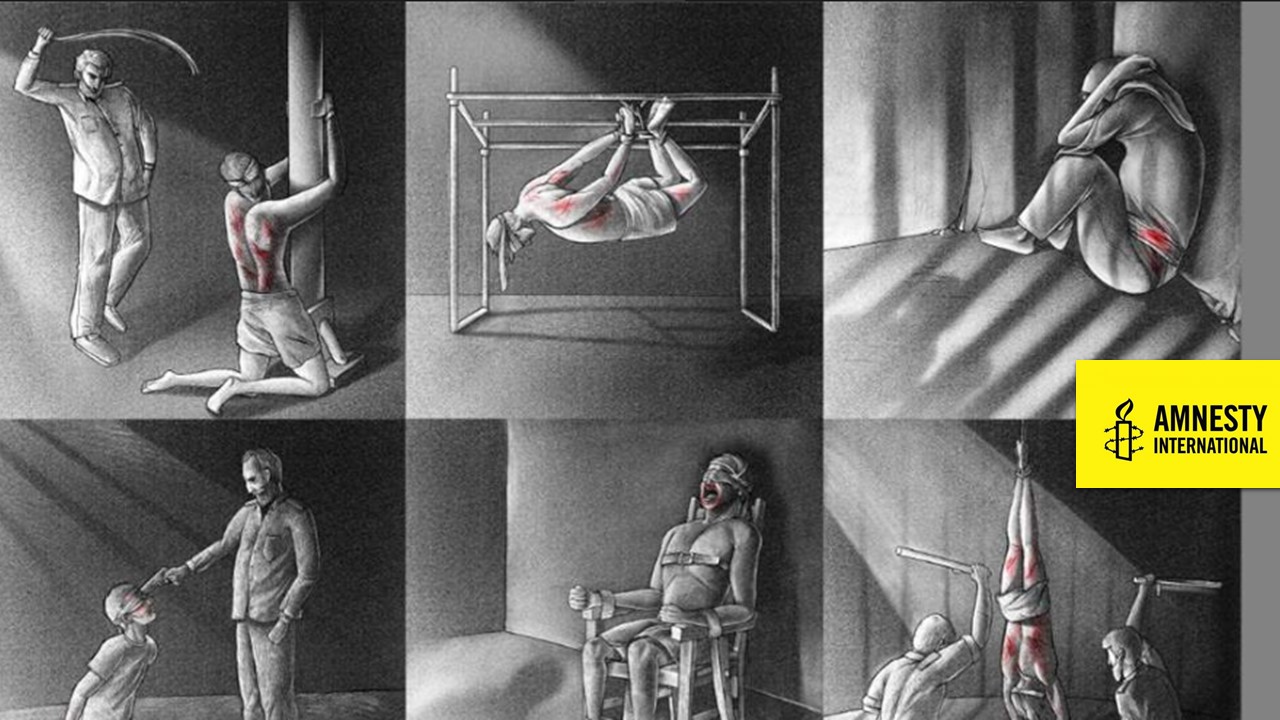 Amnesty International’s newest report, “Trampled Humanity,” once again shows the Iranian regime has never changed course in human rights violations. In fact, the international community’s failure to hold the mullahs to account for their crimes has emboldened the regime.

The report, which documents the Iranian regime’s crimes against humanity, once again underlines the necessity to address the gross human rights violations in Iran, by holding the mullahs’ regime to account for its current and past human rights abuses.

This report highlights how the regime has been using “widespread torture including beatings, floggings, electric shocks, stress positions, mock executions, waterboarding, sexual violence, forced administration of chemical substances, and deprivation of medical care,” to put pressure on thousands of protesters arrested during the November 2019 uprising.

For years, the Iranian Resistance has highlighted the absence of a fair trial system in Iran and the regime’s extrajudicial executions and imprisonment of dissidents.

In its latest report, Amnesty International points out that hundreds have been “subjected to grossly unfair trials on baseless national security charges” and that death sentences have been issued “based on torture-tainted ‘confessions.’”

During the past four decades, the Iranian regime has used domestic oppression, along with the export of terrorism abroad, as the means to continue its rule. The medieval regime was quickly rejected by the Iranian people after the anti-monarchic revolution in 1979, which was hijacked by the mullahs.

The primary victim of the regime’s human rights violations, starting from 1980, were the members and supporters of the People’s Mojahedin Organization of Iran (PMOI/MEK). Dozens of the MEK’s supporters were killed and thousands were arrested and tortured prior to the MEK’s large gathering of nearly half-a-million people in Tehran in 1981, which marked the beginning of the national resistance movement for overthrowing the mullahs’ regime. The regime’s Revolutionary Guards (IRGC) opened fire on innocent protesters on June 20, 1981, just like their killing of 1500 protesters during the nationwide Iran protests in November 2019.

The regime’s crimes and atrocities against the MEK reached their height in the summer of 1988, when over 30,000 political prisoners, mostly members, and supporters of the MEK were executed. The international community has failed to hold the perpetrators of this massacre to account, many of whom now have high positions in the regime. They include Ebrahim Raisi, head of the regime’s Judiciary, and Alireza Avaei, the current Minister of Justice.

In fact, the Iranian regime has used its impunity over the 1988 massacre as a license to continue its killing spree.

In this regard, in her message to the participants at a recent exhibition of 120,000 martyrs for Iran’s freedom held in Washington D.C., Mrs. Maryam Rajavi, the President-elect of the National Council of Resistance of Iran (NCRI), said: “In the past 32 years, the Iranian Resistance has persistently called for the masterminds and perpetrators of this great crime against humanity to be held accountable.” She continued: “The savage execution of Mostafa Salehi and the Judiciary’s ruthless decrees for the execution of detained protesters indicate the desperation of a regime on its last legs.”

Holding this exhibition is particularly inspiring and effective on the 32nd anniversary of the #1988Massacre of 30,000 political prisoners in #Iran, one of the most horrific cases committed by the clerical regime on Khomeini’s fatwa.https://t.co/b6Zng3YbxI pic.twitter.com/pkCaSQ0ifa

While referring to Navid Afkari, who has been sentenced to two executions, Mrs. Rajavi said: “The criminal verdicts for Navid Afkari, a young wrestler, and his two brothers, and for other prisoners who are among the country’s most enlightened youths attest to the regime’s panic and fragility.”

The current situation of the Iranian prisoners and the regime’s ongoing human rights abuses underline the need for the international community to hold the regime to account for its crimes.

As Mrs. Rajavi said: “The clerical regime’s leaders must also be held accountable and punished for their crimes. The experience of the past 40 years has shown that no amount of political and economic concessions will change the behavior of the mullahs’ regime.”