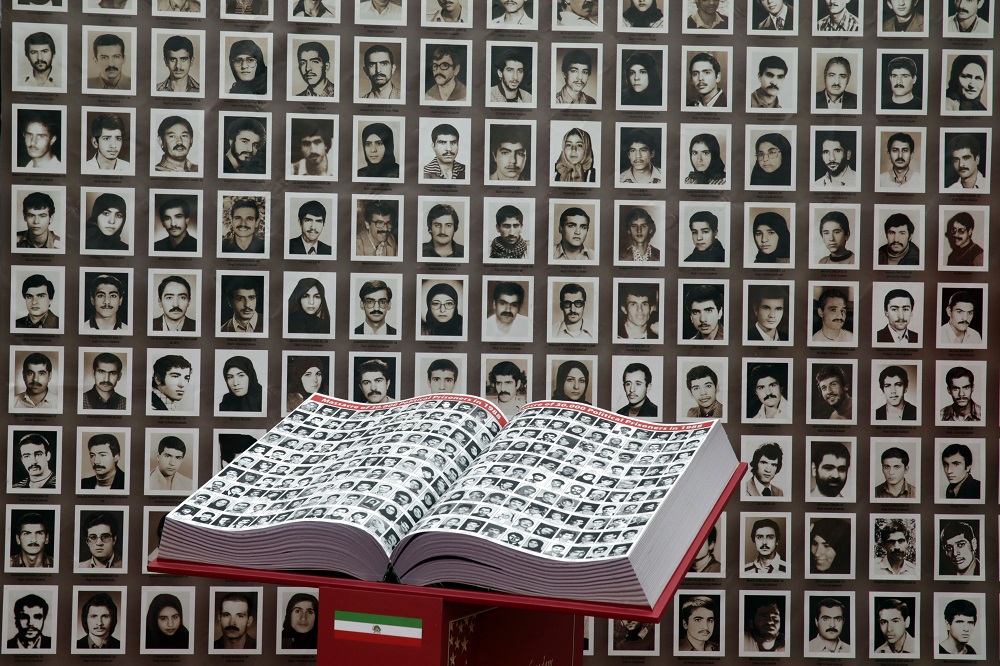 Numerous human rights groups with Consultative Status at the United Nations Human Rights Council have called on UN High Commissioner for Human Rights Michelle Bachelet to support the launch of an independent fact-finding mission into Iran’s 1988 massacre of thousands of political prisoners.

In a joint written statement to the Human Rights Council’s 42nd session, seven NGOs stated that perpetrators of the 1988 massacre are currently running Iran’s Judiciary with total impunity.

The NGOs demanding accountability over this crime against humanity.

The following is the text of the joint written statement:

English and French only

* Issued as received, in the language(s) of submission only.

An investigation in 20171 by London-based NGO, Justice for the Victims of the 1988 Massacre in Iran (JVMI), uncovered the identities of 87 Death Commission members. Many still hold senior positions in the Iranian judiciary or government. They include:

On 25 July 2019, in an interview2 with the state-run Mosalas magazine, Mostafa Pour-Mohammadi defended the 1988 massacre and said newly-caught PMOI activists would face the capital punishment.

Ali Razini told the state-run Jamaran website3 on 29 July 2019 that the killings were carried out speedily on Khomeini’s order to avoid “being held up by red tape”.

Amnesty International’s report on the 1988 massacre

In December 2018, Amnesty International published a 201-page report “Blood-soaked secrets: Why Iran’s 1988 prison massacres are ongoing crimes against humanity”4 calling on the UN to set up an independent investigation to help bring those responsible for these abhorrent crimes to justice.

JVMI’s report5 listed 59 mass graves where victims are thought to be buried.

A joint report6 in 2018 by Amnesty International and Justice For Iran, “Criminal cover-up: Iran destroying mass graves of victims of 1988 killings”, reveals that Iranian authorities are bulldozing or building over mass grave sites, thereby destroying key evidence that could be used to establish the truth about the scale of the crimes and obtain justice for the victims.

The previous Special Rapporteur on the situation of human rights in the Islamic Republic of Iran, Asma Jahangir, informed the General Assembly:7

“Between July and August 1988, thousands of political prisoners, men, women and teen-agers, were reportedly executed pursuant to a fatwa issued by the then Supreme Leader, Ayatollah Khomeini. A three-man commission was reportedly created with a view to determining who should be executed. The bodies of the victims were reportedly buried in unmarked graves and their families never informed of their whereabouts. These events, known as the 1988 massacres, have never been officially acknowledged. In January 1989, the Special Representative of the Commission on Human Rights on the situation of human rights in the Islamic Republic of Iran, Reynaldo Galindo Pohl, expressed concern over the “global denial” of the executions and called on Iranian authorities to conduct an investigation. Such an investigation has yet to be undertaken.”

“In August 2016, an audio recording of a meeting held in 1988 between high-level State officials and clerics was published. The recording revealed the names of the officials who had carried out and defended the executions, including the current Minister of Justice, a current high court judge, and the head of one of the largest religious foundations in the country and candidate in the May presidential elections. Following the publication of the audio recording, some clerical authorities and the chief of the judiciary admitted that the executions had taken place and, in some instances, defended them.”

“Please provide information about measures taken to investigate the extrajudicial killings of 1988, and to bring perpetrators to justice. If no investigations have taken place, please explain why.”

The response by the Iranian government on 11 August 2017 failed to even refer to the 1988 massacre, let alone respond to questions on holding perpetrators accountable.

A civil society hearing in Geneva on 1 February 2018 heard witnesses and legal experts and urged the UN to investigate the 1988 massacre.

“The 88 massacre, the allegations of the massacres in 88, the summary executions and enforced disappearances of thousands of political prisoners – men, women and children – we have received a great deal of information from you. And the recommendations have been made to the national authorities to investigate independently and impartially of course given all the attention given to this by the victims’ families.”

On behalf of our respective NGOs, we appeal to the Human Rights Council to end the 31-year impunity enjoyed by Iranian officials over the 1988 massacre.

We believe that until the full truth of the 1988 massacre is unveiled and the perpetrators are held to account, there will be no incentive for the Government of the Islamic Republic of Iran to change its policy on human rights.

We urge UN High Commissioner for Human Rights Michelle Bachelet to support the launch of an independent fact-finding mission into the 1988 massacre.