Iran: The Swiss Court Rules That Dr. Kazem Rajavi’s Assassination Should Be Investigated in Context of “Genocide” 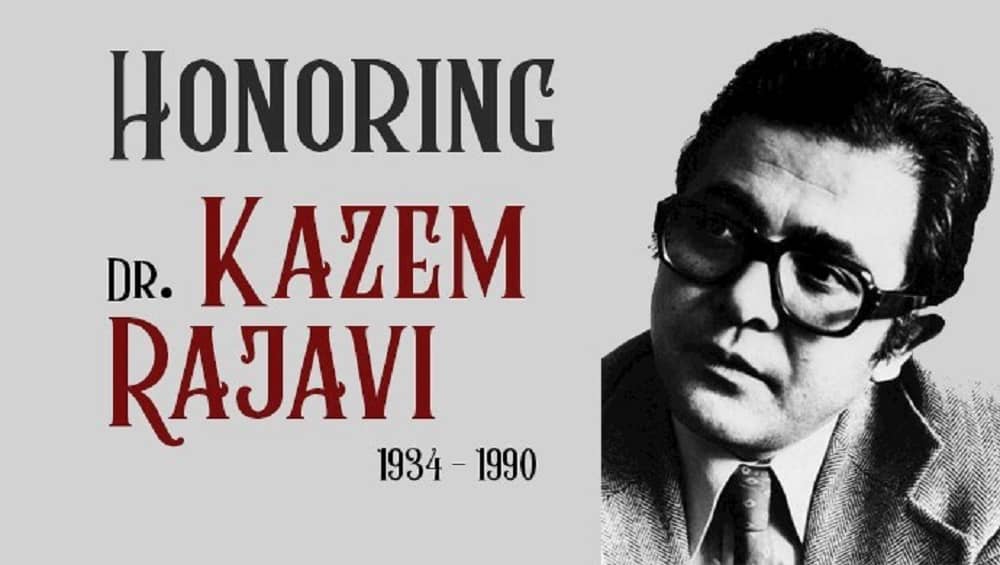 The Swiss Federal Criminal Court decided to investigate the assassination of Dr. Kazem Rajavi in 1990 near Geneva as genocide and a crime against humanity, arguing it is connected to the 1988 massacre of political prisoners.

This investigation is very important as the regime’s terrorist threats escalates, and Ebrahim Raisi, the “henchman of 1988,” has become the regime’s new president.
Dr. Rajavi was Iran’s first ambassador to the United Nations European Headquarters after the fall of the Shah. In 1981, he joined the Iranian Resistance and became the Resistance’s representative in Switzerland. Dr. Rajavi had dedicated his life to seeking justice for the victims of the mullahs’ regime, particularly the victims of the 1988 massacre.

In the summer of 1988, the Iranian regime’s then-supreme leader Ruhollah Khomeini issued a fatwa ordering the massacre of all Iranian dissidents, mainly the members and supporters of the Mojahedin-e Khalq (MEK), calling them the “enemies of Islam.”
As it was later described by renowned human rights barristers and law experts such as Professor Eric David from Belgium and Geoffrey Robertson QC from the United Kingdom, this massacre was targeting the MEK members and supporters due to the democratic interpretation of Islam, is considered genocide.

The so-called death commissions implemented Khomeini’s fatwa. Indeed, this fatwa has been the basis of the regime’s crimes against the MEK and other dissidents both inside and abroad in Iran.

In the Swiss court decision announced on September 23, it is highlighted that “in direct relation with the massacre of thirty thousand political prisoners, perpetrated in Iran in the second half of the year 1988 under cover of the fatwa pronounced by the Supreme Leader Khomeini.”

Raisi, Butcher of 1988 Massacre in Iran
The international community’s inaction regarding the 1988 massacre and the regime’s systematic purge of dissidents inside Iran and abroad has resulted in systematic impunity in Iran, where a mass murderer like Raisi assumes the presidential office.

This impunity has not only a devastating effect on the general human rights situation, and the regime has indeed profited from the world community’s inaction to pursue its terrorist activities abroad against the Iranian dissident. In February 2021, a court in Antwerp convicted Assadollah Assadi, the regime’s diplomat-terrorist, and his three accomplices to nearly 70 years of prison for their attempt to bomb the NCRI’s rally in France in 2018.

If the European security services did not thwart the plot, thousands of the Iranian dissidents, along with renowned European and American politicians, who had attended the “Free Iran” gathering, could have been killed.
During Assadi’s trial, it was revealed that while stationed in Vienna as the third-secretary of Iran’s embassy, Assadi oversaw a network of espionage. The regime’s so-called diplomats have led this network of espionage and terrorism since the early 1980s.

Those who assassinated Dr. Rajavi in 1990 used diplomatic passports to travel to Switzerland and carry out the assassination. The European authorities’ inaction resulted in their escape. This failure to properly act allowed the regime to continue its terrorist operations or at least maintain its network for nearly three decades.

While Assadi was incarcerated and imprisoned, the European countries have not taken concrete actions against the regime, including closing down its embassies. The recent arrest of the Iranian regime’s spy in Sweden once again reinforces the need to address the regime’s network of terrorism in Europe.

Previous articleIran – Activities of MEK Resistance Units Simultaneous With the Reopening of Schools and Universities
Next articleCoronavirus Fatalities Across Iran Exceed 442,100