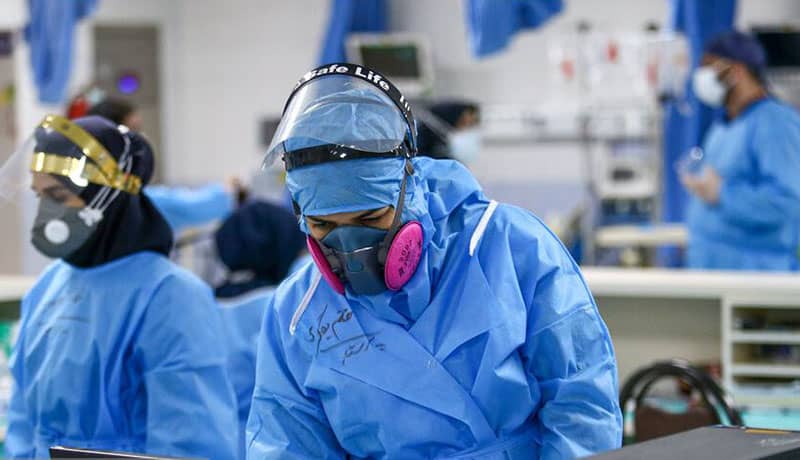 Iran is now going through the fourth wave of the Covid-19 outbreak. Even according to the regime’s engineered numbers, the country has the highest number of daily casualties. Yet, regime officials continue their inhumane Covid-19 policy by delaying procuring vaccines and trying to sell them to people.

“Iran is the first country where people have to purchase the Covid-19 vaccines. This is the sentence we have been hearing many times within the last weeks,” wrote the state-run Sharq daily on April 22.

As a part of its inhumane coronavirus policy, the mullahs’ regime has allowed the so-called “private” sector to import Covid-19 vaccines at a lower currency exchange rate. These so-called private companies are linked to the Revolutionary Guards (IRGC) and the regime’s Supreme Leader Ali Khamenei.

One of these companies is Barkat Pharmaceuticals Holding Company. Barkat’s parent company owns 60.6 percent of the Alborz Investment Group, the second-largest pharmaceutical holding company in the country. In other words, the regime is endangering people’s life to profit more.

“The prices of the ‘free’ Covid-19 vaccines has reached 250 to 300 thousand Tomans before entering the country,” wrote the state-run Arman daily on Thursday. “Undoubtedly, once it arrived and distributed in pharmacies and health centers, it will be sold from 10 to 100 times more expensive at the black market,” Arman daily adds.

Arman then warns regime officials that “If certain groups can be vaccinated, there will be a sharp conflict between officials’ remarks and the reality. This can greatly widen the class gap and create public discontent.”

The state-run Ebtekar daily on Thursday admitted that the “vaccination process in Iran is very slow and obscure.”

“The Covdi-19 vaccine in Iran, instead of helping people, has turned to double pain. Today, not only the vaccination’s process is transparent in the country, but the current situation indicates deep mismanagement in the supply, production, and distribution of the Covid-19 vaccine in the country,” Ebtekar daily adds.

According to Ebtekar, “Three events in recent days have led people to lose confidence in the vaccination process in Iran:

Khamenei had previously banned the entry of accredited vaccines to Iran in line with his regime’s inhumane Covid-19 policy. Now report from Iran indicate the regime has imported these vaccines yet denies giving them to the public.

“Pictures of an American vaccine shipment in Iran are being shared on social media. In this video, people who speak Persian are opening a package containing the Pfizer vaccine,” Ebtekar daily wrote in this regard on Thursday.

Ebtekar claims that the publication of this video “was a coup de grâce to people’s trusts.”  As the Covid-19 crisis amplifies, state-run media warn officials of people and the international community’s reaction to the regime’s inhumane Covid-19 policy.

“Don’t allow the outrage of the society to go from a simmering boil to an uncontrollable steep slope. The impeachment of this or that person won’t solve any problem and will only increase the pain,” wrote the state-run Aftba-e Yazd on Thursday.