Written by The Editorial Board
26th January 2022 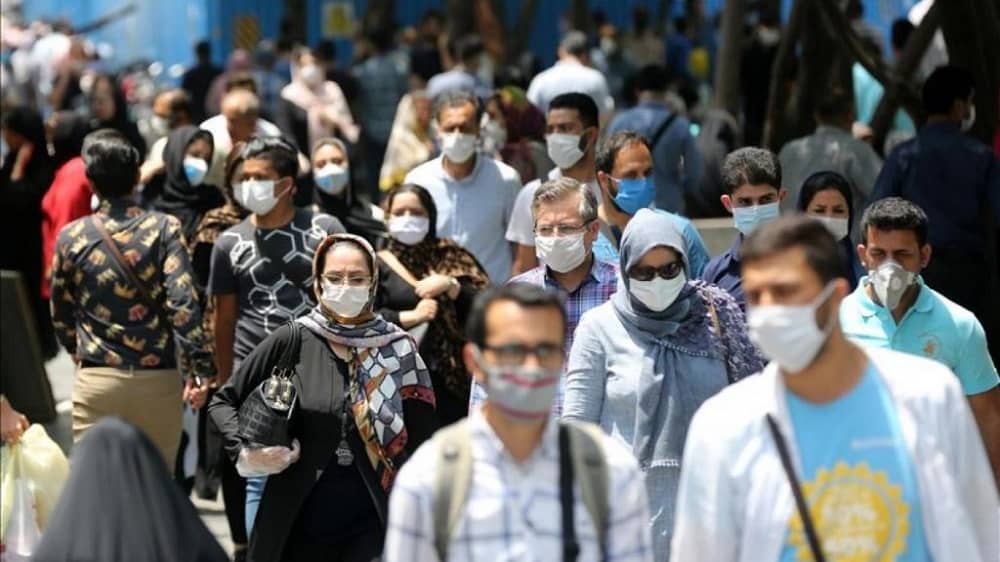 On January 25, Iran’s Covid-19 death toll surpassed half a million. This astounding mortality rate, coupled with heart-wrenching videos of people falling to their deaths on streets, sparks one question: Was this catastrophe avoidable?

A glance at some of the facts and figures indicates that this humanitarian catastrophe could have indeed been prevented. Still, the regime’s Supreme Leader Ali Khamenei saw the deadly pandemic, as he put it, as “an opportunity” and part of a broader strategy of producing mass human casualties to stem the rising tide of uprisings that threaten his fragile grip on power.

Half a million is not just a number. The victims were mothers, daughters, sons, fathers, and friends who led personal lives and had dreams for the future. But the Iranian regime’s inhumane and criminal negligence shattered those lives unnecessarily.

Iran was rocked by two major uprisings in January 2018 and November 2019. These protests laid bare the indisputable fact that after 43 years of nightmarish clerical rule, the Iranian people would not be content with anything less than a fundamental change resulting from the overthrow of the entire regime and all its factions.

While Khamenei succeeded in stifling those uprisings temporarily, especially by murdering 1,500 people in cold blood in November 2019, the demonstrations, especially by university students in 22 cities following the regime’s shooting down of the Ukrainian flight PS752, demonstrated the explosive state of the society, with the chants of “down with Khamenei” echoing loudly and repeatedly all across the country.

Recognizing this explosive potential, Khamenei took maximum advantage of the Coronavirus. The deadly virus became the ayatollahs’ de facto ally. When Covid-19 first was detected in China, all countries halted their flights to and from China. Meanwhile, Mahan Air, an airline affiliated with Khamenei’s Revolutionary Guards (IRGC), did not stop the entry of many Chinese visitors to Iran.

Many Iranian health experts advised against these flights, but Khamenei rejected their counsel. Documents obtained by the Iranian Resistance from inside Iran’s National Emergency Organization indicate that patients infected with Covid-19 were hospitalized in Iran as early as January 2020, some of them returning from China. Yet regime officials continued to deny the existence of the virus in Iran.

The regime also held its sham parliamentary elections and the anniversary of its founding in February. Khamenei desperately needed to show popular support for his illegitimate regime. But the Iranian people overwhelmingly boycotted the sham elections and the regime’s anniversary carnival. Nevertheless, those few regime supporters or government employees who were forced to participate in those events became carriers.

The regime was eventually forced to admit the existence of Covid-19 in Iran. But Khamenei once again showed his true colors by calling the deadly virus a “test” and a “blessing.”  In a televised message on March 3, 2020, he said: “In our point of view, this tragedy [coronavirus outbreak] is not too big. There are and have been greater tragedies. And we have been through greater tragedies in this country. With prayers and seeking sanctuary [to God], we can solve many problems.”

Khamenei controls a financial empire worth at least $95 billion, based on 2013 estimates. Yet, he refused to allocate necessary funds to combat the Covid-19 pandemic. The regime did not impose a national quarantine either, and when it begrudgingly took delayed half measures, the government refused to provide financial support to those most impacted. Soon, people had to go back to work to make ends meet. Khamenei named 2020 as the year of “boosting production,” forcing people to continue their work despite the worsening Covid-19 situation. The IRGC hoarded masks while regular people remained exposed to the growing health crisis. The regime delayed payments to health workers, mainly doctors and nurses, despite their repeated protests and unbearable working conditions on the frontlines. The regime’s former Health Minister acknowledged in August 2021 that the country’s health system was about to collapse but did not lose the opportunity to blame the people for it.

When finally forced to acknowledge the existence of coronavirus in Iran, regime officials began engineering the number of casualties to cover up the true scope of the crisis.

Mohammad Reza Mahboubfar, one of the regime’s experts, told the state-run Jahan-e Sanat daily in August 2021, “The figures announced by the officials on coronavirus cases and deaths account for only 5% of the country’s actual toll.”

As a result, Tehran held numerous super-spreader rallies and gatherings such as school exams, university entrance exams, or religious ceremonies that resulted in thousands of Iranians getting infected.

The Iranian regime and its apologists have blamed sanctions for the catastrophic Covid-19 death toll.  But they were pulling the wool over their own eyes. When Covid-19 first entered Iran, Doctors Without Borders visited the country in an attempt to set up field hospitals. But Tehran kicked them out.

“When experts from the WHO came to Iran, instead of consulting with them, we constantly asked them to praise the Iranian health system in the media,” he said.

He also acknowledged that the mullahs “did not allow the purchase of vaccines because they thought they were expensive.” Zali also rejected the claim that the mullahs’ self-described “moderate” government of Hassan Rouhani had sent envoys to secure the import of vaccines.

“I talked to the Japanese ambassador, and he said that the Iranian ambassador did not inquire about vaccines at all. What kind of diplomacy is this?” he complained.

As a part of his inhumane Covid-19 policy, Khamenei personally, explicitly, and publicly banned the entry of credible Covid-19 vaccines from the U.S. and the UK on January 9, 2021.  “The entry of American and British Covid-19 vaccines into the country is banned. I have told this to our officials, and now I am saying it publicly,” he said.

His edict resulted in the immediate cancellation of the planned delivery of at least 100,000 doses set to be donated by philanthropists in the US.

Khamenei also insisted on the so-called domestic vaccine, “Barekat,” produced by the Headquarters for the Execution of Imam Khomeini’s Order (EIKO), a huge financial conglomerate under his own control.  The idea, of course, was to exploit the situation to enrich himself and his cronies.

Since Ebrahim Raisi became the mullahs’ president, he has claimed that over 90% of Iranians have been vaccinated. But the vaccines used are either Barekat or Chinese vaccines, which have not been globally approved. Now that the new Omicron variant has appeared in Iran, the mullahs are trying to spread it as fast as possible while disseminating misinformation among the people.

All this represents the tip of the iceberg when it comes to the Covid-19 pandemic in Iran. It shows that the current tragedy in Iran and the death of over half a million people were easily preventable.

By doing nothing to prevent the spread and more deaths, Khamenei wanted to instill a sense of utter despair in Iran’s society in order to prevent political activism and thereby another uprising.

In July 2020, the state-run Mostaghel acknowledged: “This nation will not forget how it was abandoned during these bitter days.  This will affect the upcoming incidents. Soon, people will return to their tables, and their despair caused by an empty table will lead them to protest on busy streets.”

The staggering Covid-19 death toll means millions of Iranians mourn the passing of their loved ones every single day. This is indeed heart-wrenching for every human being. The high number of Covid-19 fatalities in Iran is the byproduct of the regime’s plunder and criminal policies for preserving its disgraceful rule.

Just as the regime prioritizes its regional terrorism and pursuit of nuclear weapons over the Iranian people’s welfare and economic well-being, it also prioritizes its own security over the people’s health. Banning vaccines, refusing to provide financial support to workers who are forced to work in dangerous conditions, and refusing to pay the wages of medical staff, among many other failures, are all part of Khamenei’s plans to create a killing field in Iran by exploiting the coronavirus. The only way to stop such humanitarian catastrophes is to topple the theocracy and establish a democratic, secular republic that prioritizes citizen welfare over all else.