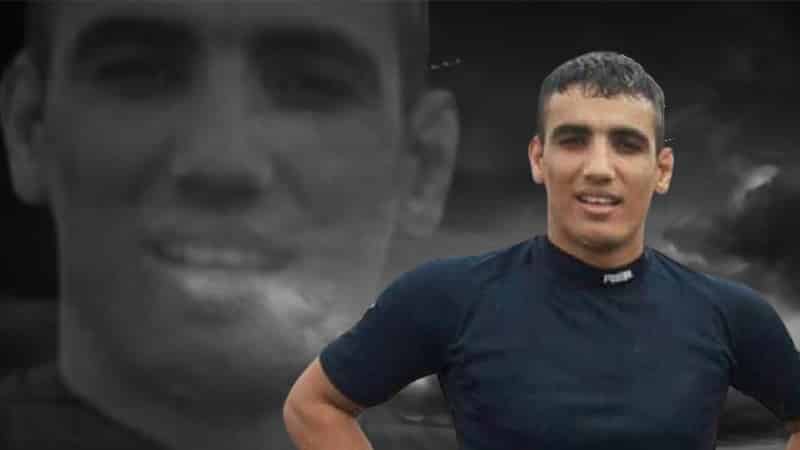 The Iranian regime executed 30-year-old wrestler Mehdi Ali Hosseini in southwest Iran on Monday, despite an international outcry. This execution confirms the mullahs’ absolute disregard for international human rights standards, and the trend of human rights violations in Iran continues to get worse.

Mehdi Ali Hosseini’s execution comes a few months after the brutal hanging of Iran’s national wrestling champion, Navid Afkari, despite international calls for a halt to his execution. The mere words of condemnation had no effect on the regime. In December, the security forces destroyed Navid’s tombstone, thereby showing the regime had not regretted its crime. The recent arrest of Navid Afkari’s coach and the closure of his gym are testaments to this fact.

The regime has executed over 35 prisoners within the last thirty days. The ongoing executions in Iran underline the mullahs will not change course in human rights violations.
On Wednesday, the authorities hanged three prisoners in Zahedan, southeast Iran.

The regime’s human rights violations are not limited to prisons. On Sunday, the security forces opened fire on innocent people in Sistan and Baluchistan province because locals had transferred a few gallons of fuel.

Jan. 24 – Iranshahr, SE #Iran
Voice says security forces have attacked Baluch citizens over a few gasoline cans.
Reports say intelligence agents, the IRGC & the police shot in the air and at residents who threw stones to defend themselves. No reports on casualties yet. pic.twitter.com/8uH4uDeWYO

The international community should expect a rising number of executions and ongoing oppression in Iran. Apart from Tehran’s need to control the restive society through intimidation, perpetrators of Iran’s worst crimes against humanity hold top positions in the regime.

The regime’s current Chief Justice, Ebrahim Raisi, also known as the “hanging judge,” and Alireza Avaei, the regime’s Minister of Justice, are perpetrators of the 1988 massacre in Iran, which United Nations experts recently described as “crimes against humanity.”

The letter by the seven UN human rights experts was initially sent to the regime’s authorities in September but was published in December.

The UN experts underlined that “There is a systemic impunity enjoyed by those who ordered and carried out the extrajudicial executions and enforced disappearances.”

The letter further criticized the international community’s failure to act, which rendered this systematic impunity to the regime.

The UN experts underlined how this inaction “had a devastating impact on the survivors and families as well as on the general situation of human rights in Iran and emboldened Iran to continue to conceal the fate of the victims and to maintain a strategy of deflection and denial that continue to date.”

During the January 2018 uprising in Iran, the regime forces killed dozens of protesters and imprisoned thousands. This killing spree was part of the “devastating impact” of the 1988 massacre on Iran’s human rights situation.

Again, the international community refused to act in 2018, emboldening them to continue targeting dissidents, enjoying their systematic impunity.

In this regard, on the third anniversary of the Iran protests in January 2018, Amnesty International released a statement. Amnesty underlined how this “impunity emboldened the authorities to escalate the unlawful use of lethal force in Nov 2019 protests.”

The Iranian regime started human rights violations days after assuming power in 1979. The international community, mainly the western governments, have been a “vocal” critic of Iran’s human rights abuses.

Yet, actions by Western powers, mainly the European Union, have been limited to “condemnations” and “resolutions.” Their eagerness to engage in business with the ruling theocracy in Tehran has allowed the mullahs to continue their medieval actions.

On December 12, Mr. Borrell was supposed to deliver a joint keynote speech with Iran’s Foreign Minister Mohammad Javad Zarif in a business forum. This event was canceled in the last moments because the regime executed Ruhollah Zam, a French resident, but it was too late.

EU leaders had already “condemned” Zam’s death sentence, but holding an economic forum sent a signal to the regime that this execution would not affect the EU’s relations with Tehran.

When some European leaders condemned Zam’s execution, regime’s foreign ministry summoned some of their ambassadors and condemned their reaction and mere the “condemnations” of Zam’s execution.

In a nutshell, the EU’s inaction regarding human rights violations in Iran had not only a devasting effect on the general human rights situation in Iran, but it has also made the EU’s human rights policies and condemnations ineffective.

The newly adopted Magnitsky Act and the recent letter by UN experts, in addition to ongoing human rights violations in Iran, allows the European leaders to target the regime’s authorities for their involvement in crimes against humanity.

The EU should impose comprehensive sanctions on the regime’s leaders and make all relations with Tehran contingent on a halt to human rights abuses in Iran.

By taking concrete actions regarding human rights violations in Iran, the EU could restore the effectiveness of its resolutions and condemnations.