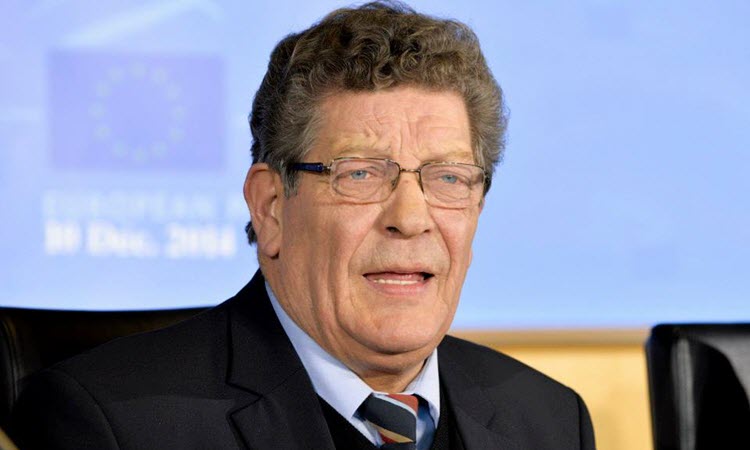 NCRI – The following are the text of an April 12 press release and a letter by Gérard Deprez MEP, Chair of Friends of a Free Iran at the European Parliament, to the European Union’s High Representative Ms. Federica Mogherini urging her to publicly speak out for human rights in Iran during her trip to Tehran later this week:

Gérard Deprez, Chair of Friends of a Free Iran intergroup which has enjoyed the support of over 200 members of the European Parliament from different political groups, wrote a letter today to the EU High Representative Ms Federica Mogherini who is visiting Iran at end of this week. The letter is attached.

Deprez said that “after the nuclear deal any further relations with Iran should be conditioned to halt of executions and a clear progress of human rights and the situation of women” and expressed surprise that such a high-level visit is taking place before witnessing any sign of human rights improvement from the Iranian side.

With over 2300 executions since the “moderate” President Rouhani took office, Iran is the number one state- executioner in the world per capita and Rouhani has openly defended these executions as a “good law” and “the law of God.”

Deprez urged Ms Mogherini to “to publicly speak out in Tehran about the need for Iranian authorities to show respect for the basic rights of their citizens” and to meet several political prisoners.

TEXT OF LETTER BY GERARD DEPREZ:

I am writing to you regarding your planned visit to Iran on 16 April.

As I and many of my colleagues in the European parliament had written to you before, we are extremely concerned about the ongoing human rights abuses in Iran. We have always insisted that after the nuclear deal any further relations with Iran should be conditioned to a halt of executions, a clear progress in the field of respect of human rights and an improvement of the situation of women.

Thus it has taken us by surprise that such a high-level visit including yourself and seven other EU-Commissioners is taking place before witnessing any sign of human rights improvement from the Iranian side.

Last week’s annual report by Amnesty International on death penalty stated that at least 977 people were hanged in Iran last year which makes 60 percent of the total registered executions in the world in 2015. According to the UN Special Rapporteur on the situation of human rights in Iran, the number of executions under President Rouhani is the highest since 1989.

We are extremely concerned about repression against women. New laws that were adopted after President Rouhani took office has restricted their rights more than before. Many women rights activists are behind bars for their peaceful campaigning. Girls as young as 9 can now be married even to a stepfather.

Contrary to great optimism that nuclear negotiations would lead to a more open society, things seem to have been going in the opposite direction. President Rouhani himself confirmed in a televised speech last year that he regards the executions as a “good law” and “the law of God.”

If our improved relations with Iran will not be combined with certain conditions for improvement of people’s rights, we will be only strengthening the regime and will thus be complicit in the repression.
As the European External Action Services under your leadership have stated: “The European Union is founded on a strong engagement to promote and protect human rights, democracy and rule of law worldwide. Sustainable peace, development and prosperity cannot exist without respect for human rights. This commitment underpins all internal and external policies of the European Union.”

We therefore rightly count on you to publicly speak out in Tehran about the need for Iranian authorities to show respect for the basic rights of their citizens.

We urge you also to visit Iranian prisoners of conscience such as:

Ms Narges Mohammadi, 43, women’s rights activist and journalist – mother of two young twins – who met with Lady Ashton before but is now in jail for her peaceful activities.
Ms Atena Farghadani, 29, artist and political activist who is serving a 12-year sentence for drawing satirical cartoons.
Mr Ali Moezi, 64, a long-time political prisoner who has been jailed for having visited his two daughters in Camp Ashraf in Iraq.
Ayatollah Broujerdi, 57, a dissident cleric who advocates the separation of religion and state and was reportedly poisoned in jail by Iranian Intelligence agents last week.
Mr Mohammad Ali Taheri, 60, a researcher who has been sentenced for promoting alternative health.
Mr Alireza Golipour, suffering from lung cancer, has been in prison for over three years -without even being charged in a court – for exposing governmental corruption. He is under constant tortures to make televised confessions.

We believe that you will do your best not to disappoint those who trust you and through you, the humanist vocation of Europe.