According to the state-run Entekhab website, Hassan Karami, chief of the police special units, announced: “A few years ago, the special female unit was created and the paperwork started. In March, the first women battalion of the special operations unit became operational. After acquiring equipment and clothes, they were dispatched to the scene and carried out missions, even in a few incidents and riots last year.”

“Women of the special unit are taking part in the missions along with the men’s unit,” Karami added. “The main job and responsibility of this unit is identification, psychological warfare, and arresting.” 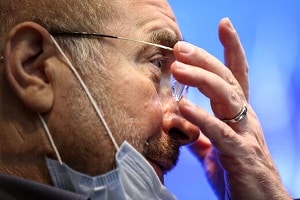 “Mr. Qalibaf, under your management and other like-minded people, the living conditions of the Iranian people have reached the worst possible status, as if Iran was still in the Qajar dynasty era,” the state-run Jahane Sanat wrote today. “Please have a look at the market prices, not the baby stuff prices and baby clothes. Look at the prices of bread, cheese, vegetables, tomatoes, eggplants, onions, and of course potatoes, meat, chicken, fish, and then you will learn how people are suffering. Concerning the actions of your family, doesn’t this increase the anger of the hungry, the poor, and the weak, and don’t you think it will awaken the destructive sense of discrimination in them?”

Mocking the parliament’s speaker’s rhetoric, the newspaper added: “Mr. Qalibaf, as a defender of the economy and national production, remember that this action of your esteemed family is just the tip of the iceberg of discrimination and lucrative living of those four percent of society (you claimed to fight against). It’s certain that your other like-minded people are destroying the economy and domestic production. It’s certain that they are also engaged in other similar fiascos that are not covered by the media and public opinion is still unaware of them. Even resigning is still insufficient for you, let alone apologizing. Mr. Qalibaf, with you as the speaker of the parliament, the national production will not be back on track. There is no trust in you. Please resign!!”

Conference in Collegno, Piedmont, Italy in Support of the Iranian Resistance and a Democratic and Free Iran

Conference in Collegno, Piedmont, Italy in Support of the Iranian Resistance and a Free Iran

The conference “For a Democratic Iran, Based on the Separation of Religion and State and the Role of the Iranian Resistance” was held in Collegno, Piedmont province, Italy.
This conference was held in collaboration with the city council, the Ponto Sochale Human Rights Association, and the Free and Democratic Iran Association. The conference was attended by the Mayor of Francesco Casciano, Augusta Casagrande director of Radio programs of Collegno, Professor Valter Coralluzzo, Tullio Monti, writer, and political activist and President of the Free and Democratic Iran Association, and Dr. Yousef Lessani, a member of the Iranian Medical Association in Italy.

Poverty; A Product of the Iran Regime 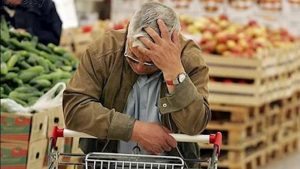 Diplomacy is an attempt to reach an agreement on the basis of international customs, regulations, and treaties and the mutual interests of countries. It is an effort to find common ground to increase the coefficient of national interests and security. For the Iranian regime, however, diplomacy is a one-way street and is respected as long as it suits the regime in Tehran. Proper and responsible diplomacy is not welcomed by the officials of the Islamic Republic because it forces them to be faithful to the mutual principles of all parties involved. For Iran, the only principles that count are ideological principles and their own interests and survival, which are supposed to increase their sphere of influence and domination. Based on this approach, the regime in Tehran does not feel obliged to be transparent, truthful, or accountable.

MADRID, April 20 (Reuters) – Spain’s high court has agreed to extradite to the United States a Turkish citizen suspected of smuggling to Iran equipment that can be used in making missiles, circumventing an arms embargo, court documents showed on Wednesday.

Spanish police arrested Murat Bukey in the Barcelona airport in September at the request of U.S. prosecutors, who suspect him of importing from the United States and selling in Iran fuel cells that can be used in powering ballistic missiles and biodetection in 2012 and 2013, the court said.

The United States Department of State released its annual report on arms control and non-proliferation and disarmament agreements and commitments.

A part of the report that studies the Iranian regime’s ambitions states: “The Islamic Republic of Iran’s (Iran’s) activities continue to raise concerns regarding its compliance with Article I of the BWC. The United States continues to assess that Iran has not abandoned its intention to conduct research and development of biological agents and toxins for offensive purposes. This is based on a cumulative assessment of current and past Iranian activity and its continued lack of transparency. Also, Iran maintains the flexibility to use, upon leadership demand, legitimate research underway for biodefense and public health purposes for a capability to produce lethal BW agents.”

Golrokh Iraee Abruptly Transferred Out of Amol Prison to Evin 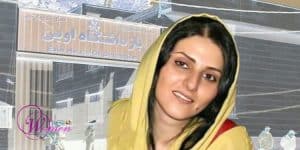 Political prisoner Golrokh Iraee was abruptly transferred out of Amol Prison at 5 a.m. on Tuesday, April 19, 2022. Arash Sadeghi, her husband, announced this on his Twitter account. Arash Sadeghi wrote on Tuesday afternoon, “At 5:00 a.m. this morning, Ms. Golrokh Iraee was transferred from Amol Prison to the Moghaddas Prosecutor’s Office in Evin Prison. There is no information yet on the reasons for her transfer. Since three weeks ago, Ms. Iraee had refused to make phone calls and accept visits because of the prisoners’ deprivation of their minimal rights and the insult and beating off some female prisoners by Amol prison guards during a protest strike.”

Previous articleIran’s Freefall Economy, Who’s To Blame?
Next articleHow Much is a Baby Worth in Iran?