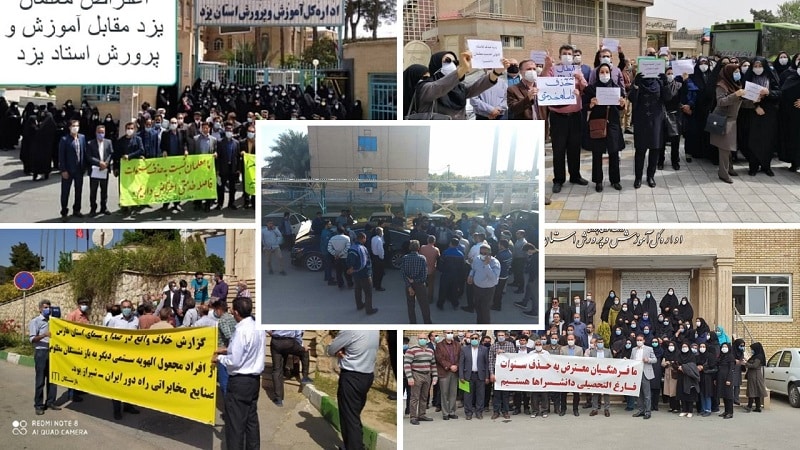 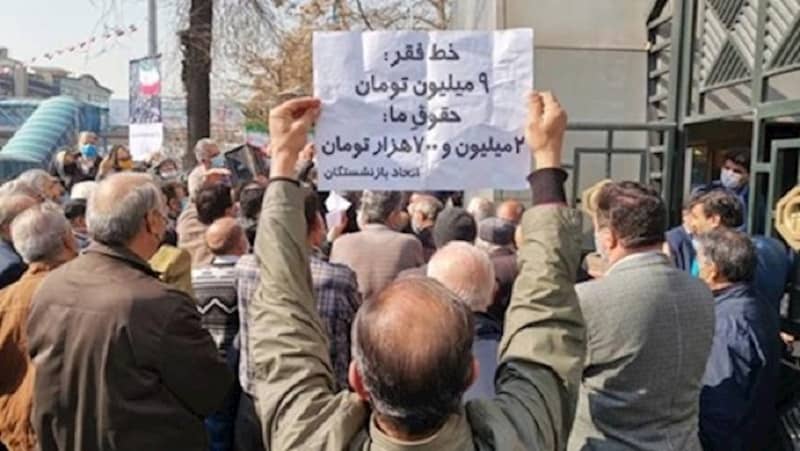 Retirees and pensioners across Iran held protest rallies on Sunday in more than 20 cities protesting low pensions. The growing inflation and rising prices of basic goods have put immense pressure on pensioners, whose purchase power continues to decline. This is the ninth round of protests of retirees and pensioners in the last three months. These protests are held while the regime has intensified repression and prevent any protest rally. 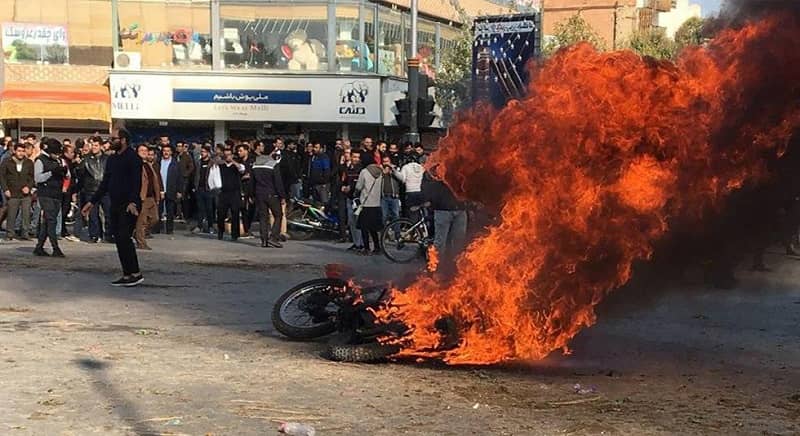 In a recently published video clip, former member of Majlis (Parliament) Mahmoud Sadeghi acknowledged the Iranian regime’s deliberate killing of people in the streets during anti-regime protests of 2019. According to Sadeghi, these killings were under the supervision of Ali Shamkhani, the regime’s Secretary of the Supreme National Security Council. 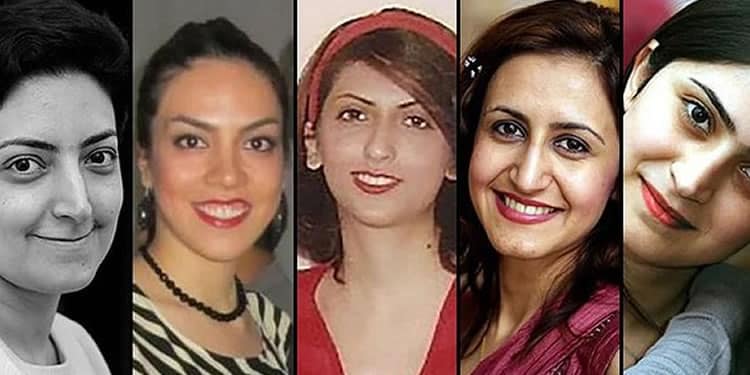 Four Iranian Baha’i women in northeastern Iran were taken to prison to serve their sentences for following the banned faith.

Nika Pakzadan, Sanaz Eshaghi, Nakisa Hajipour and Naghmeh Zabihian along with another Baha’i woman, Farzaneh Daneshgari were summoned on March 27 to serve their prison terms in Mashhad, northeastern Iran. They were told to present themselves within 10 days to serve their sentences.

Accounts Affiliated With PMOI/MEK and NCRI Have Not Been Removed

Contrary to the discredited and suspicious claims, which the Iran regime and its operatives and lobby acting under various covers welcome, none of the accounts affiliated with the People’s Mojahedin Organization of Iran (PMOI/MEK) and the National Council of Resistance of Iran (NCRI) has been closed. The ridiculous allegation about the existence of a troll farm in Albania and affiliated with the PMOI/MEK is absolutely false. 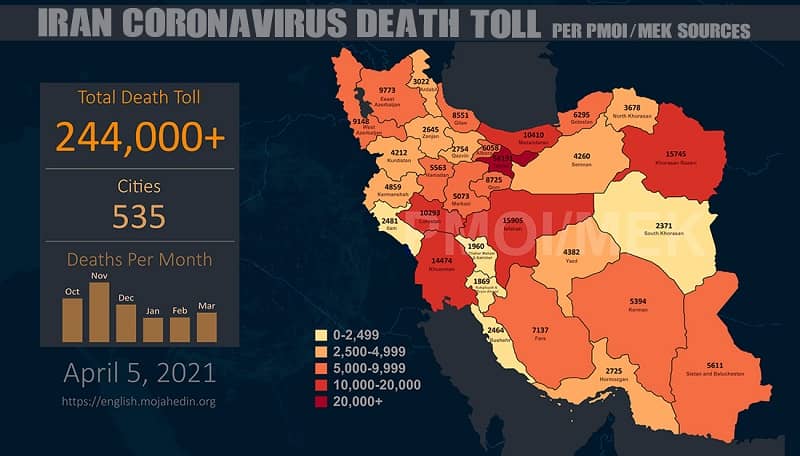 More than 244,800 people have died of the novel #coronavirus in 535 cities checkered across all of Iran's 31 provinces, according to the Iranian opposition PMOI/MEK.

Protests Continue Across Iran Due to Economic Hardships

According to reports from Iran, tallied by the People’s Mojahedin Organization of Iran (PMOI/MEK), on Tuesday, April 6, many Iranian cities observed dozens of social protests. 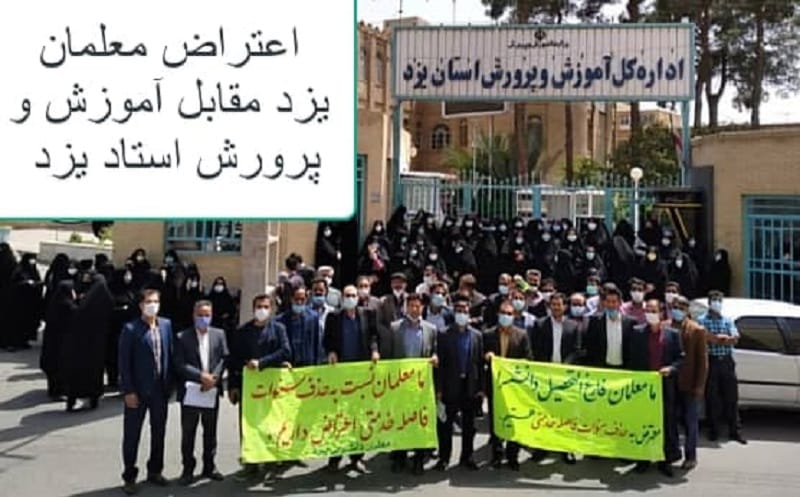 Teachers from various educational institutions in Yazd, Central Iran, rallied in front of the Ministry of Education’s office in the province’s capital to demanding their working privileges. 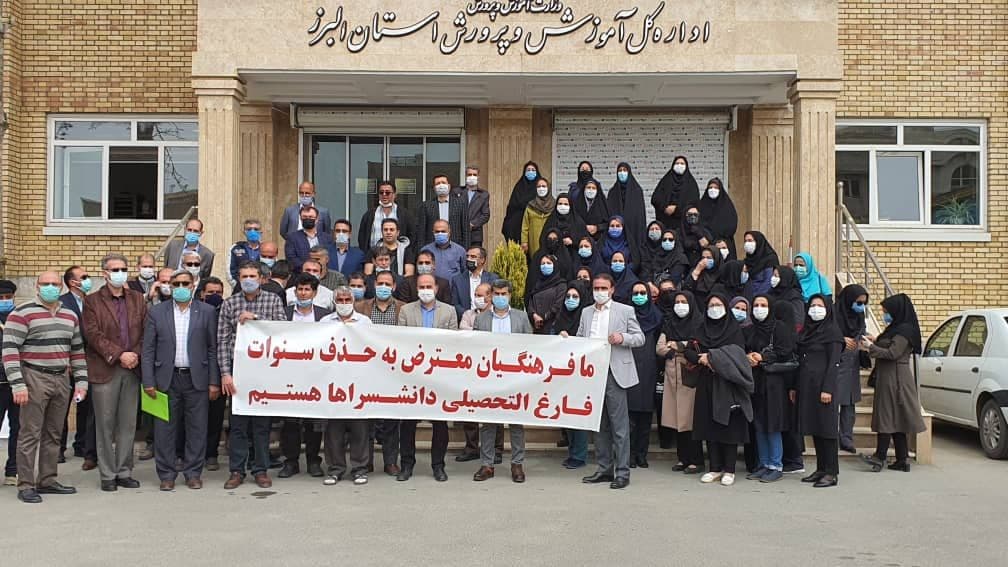 On Tuesday, April 6, teachers in Shiraz and Karaj protested the regime’s latest decision to change their pension plan.

In Ahvaz, a group of workers from the Ahvaz Water and Wastewater operators gathered in front of the governor’s building, protesting authorities’ failure in answering their demands.

“Although the authorities had previously promised to pay the operator workers’ delayed wages, workers have not received their salaries for three months. At the same time, we have not received our holiday benefits. 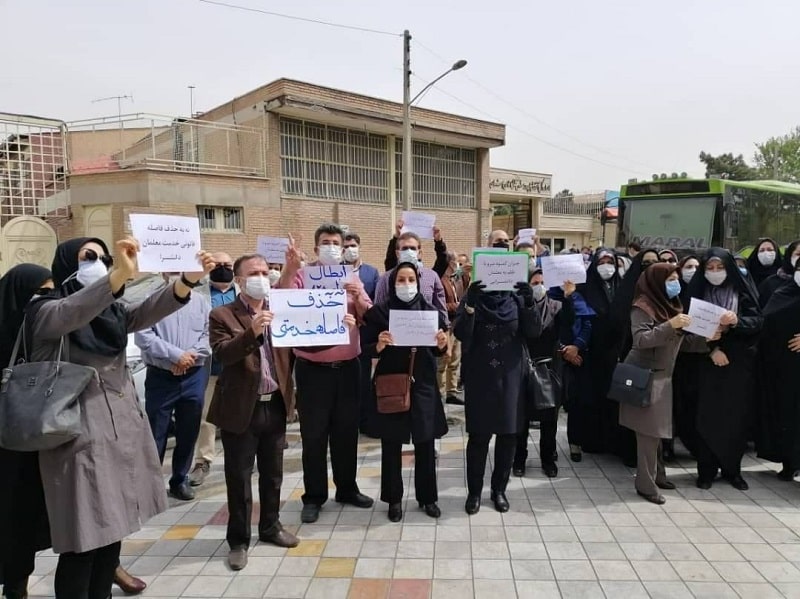 On Tuesday, teachers gathered in front of the Ministry of Education’s office in Tehran and protested the elimination of their service distance.

According to the law, the service was calculated annually, but this year it has been eliminated by the Court of Justice, prompting teachers to protest. 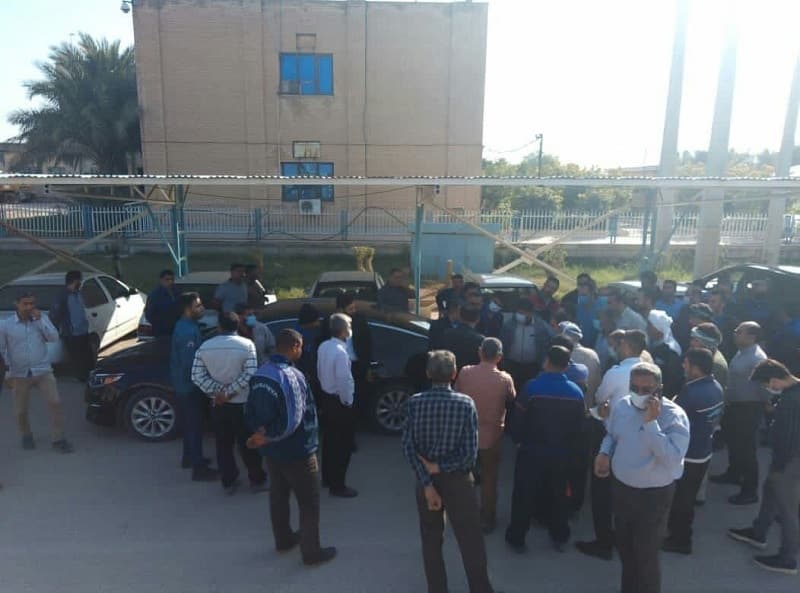 On Tuesday, April 6, employees of Khorramshahr’s ABFA Department held a rally, demanding their delayed paychecks. They said their demands and salaries had not been paid for the past three months.

On Tuesday, employees of the electricity distribution company held a protest in front of the regime’s parliament to pursue their demands.

They held banners and placards which read: “Cutting off the hands of intermediaries and contractors and matching rights,” and “We are demanding [a proper] organizational chart.” 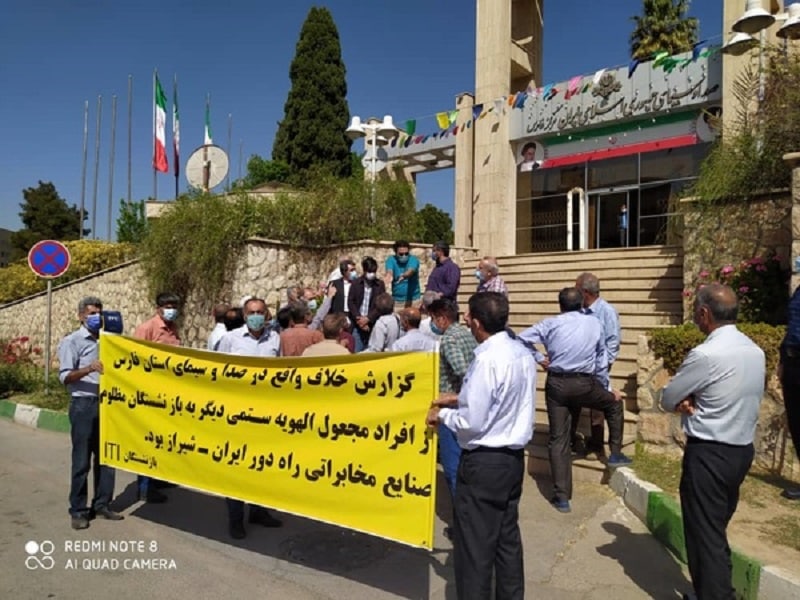 On Tuesday, April 6, retired workers of Shiraz Telecommunication Company gathered in front of the IRIB building, protesting the State-TV’s  “false report,” about the company’s situation in Fars province.

Protesters say the report was set up unilaterally and that the pensioner’s representatives were not included in the panel discussion.

The company owes 200 billion tomans of salaries to 1500 retirees, since the 2000s economic crisis. It was agreed that the pensioners’ claims would be paid after the auction of the company’s property in February. But the protesters say that the State-TV’s report did not mention the need to sell the telecommunications property of Shiraz.

Previous articleIran: Accounts Affiliated With PMOI/MEK and NCRI Have Not Been Removed
Next articleEDITORIAL: Iran Regime’s Criminal Culpability In Staggering Coronavirus Death Toll