I was in Europe with Iran Policy Committee scholars and senior US officials when Iran’s terrorists were thwarted by Western intelligence agencies in this bomb plot. Belgium’s court upheld justice by sentencing Assadollah Assadi.

The conviction of an Iranian official by a European Court is significant. I applaud Belgium’s decision to issue the maximum punishment to Assadollah Assadi for masterminding the terror plot against the 2018 Free Iran gathering in Paris.

The conviction of an Iranian official by a European Court is significant. I applaud Belgium’s decision to issue the maximum punishment to Assadollah Assadi for masterminding the terror plot against the 2018 Free #Iran gathering in Paris. #MEK https://t.co/FjLU4QN88y

Speaking to the Leader of the House Jacob Rees-Mogg, Bob asked the Foreign Secretary to make a statement to the House on the implications for diplomatic relations with Iran, following the verdict of a Belgian court to convict Iranian diplomat Assadollah Assadi guilty of terrorism charges, following a terrorist plot in 2018.

The plot would have meant that MPs from a cross-party UK delegation and others from around the world who were attending a free Iran rally were murdered. Fortunately, the French and Belgian police foiled the plot. Assadolah Assadi and his accomplices have now been convicted and sentenced to 20 years in prison.

Yesterday I asked the Foreign Sec to make statement to the House on implications for diplomatic relations with Iran after Belgian court’s conviction of Iranian diplomat #AssadollahAssadi on terrorism charges, following a terrorist plot in 2018 https://t.co/RqzUmJ9yB1

Assadollah Assadi, an Iranian diplomat accused of planning to bomb a meeting of the Iranian opposition National Council of Resistance of Iran (NCRI) annual Paris rally in 2018, was sentenced to 20 years in prison by a Belgian court in Antwerp this morning.

Nassimeh Naami, Mehrdad Arefani, Amir Saadouni, Assadi’s accomplices in the plot, were respectively sentenced to 18, 17, and 15 years in prison and were stripped of their Belgian citizenship status due to their involvement in the plot.

The court recognized all defendants as criminals who had assembled a terrorist entity. The judge rejected Assadi’s claim to diplomatic immunity.

Iran: The Staggering Number of Coronavirus Fatalities in 480 Cities Exceed 211,000 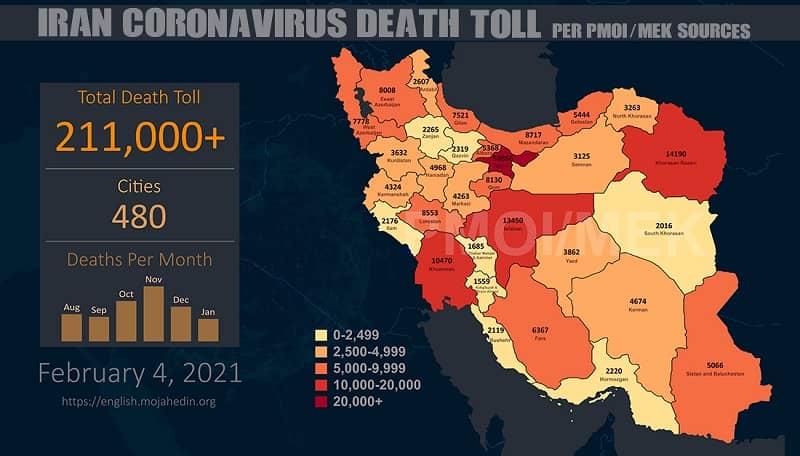 News from Qarchak Prison of Varamin indicate political prisoner Zahra Safaei is in dire health conditions, as the prison’s warden, Soghra Khodadadi has prevented her urgent dispatch to a civic hospital.

Reports on Wednesday, February 3, 2021, indicated that the health of Zahra Safaei is rapidly deteriorating. She is experiencing severe pain in the kidneys which discharge protein. She needs to be urgently visited by a doctor at a hospital and receive treatment.

Iranian authorities must immediately halt any plans to execute four Baluchi and four Ahwazi Arab men amid an alarming rise in executions of ethnic minority prisoners in the past two months, Amnesty International said today. The international community, including UN human rights bodies and the EU must urgently intervene to save their lives.

Iranian authorities must immediately halt any plans to execute 4 Baluchi and 4 Ahwazi Arab men amid an alarming rise in executions of ethnic minority prisoners. The international community, including UN & EU must urgently intervene to save their lives. https://t.co/Oege0mwXhG 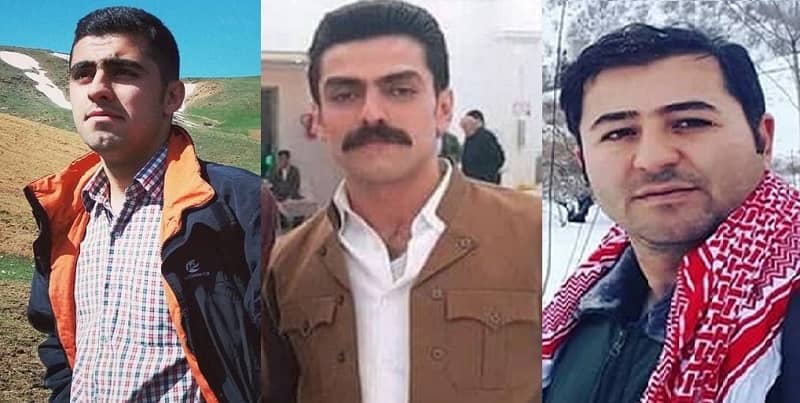 Three other Kurd citizens who have been detained in the past days are Siavash Eini, Edris Ahmadi and Shahab Ahmadi.

Iranian security forces summoned and arrested at least 110 Iranian Kurd activists in the past month in a new wave of arrests in Iranian Kurdistan.

Pensioners and stock market investors protest in 20 cities across Iran 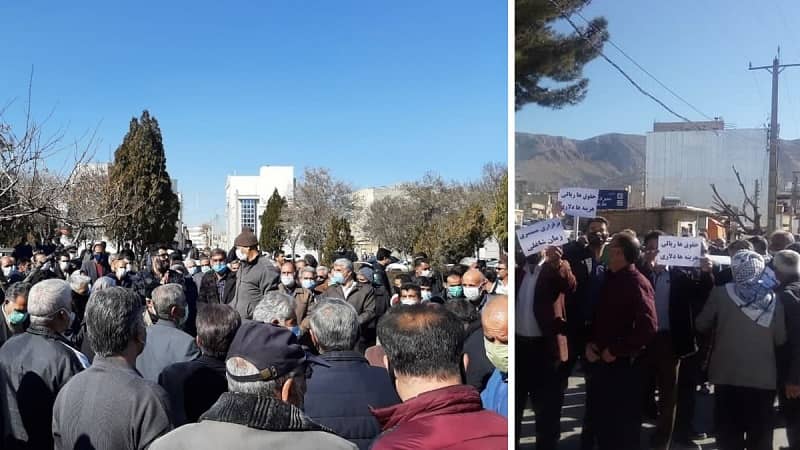 Pensioners took to the streets for the fourth time in the past two months to express their economic grievances. They directed their anger towards Iran’s President and chanted “Down with Rouhani” in the western province of Kermanshah. The pensioners held banners reading “the poverty line is 10 million (tomans), our wages are 2 million (tomans)”, and “security and livelihood is our right”.