The Iranian People Brave the Beast

While the Iranian regime is trying to force the people to the ballot box and buy itself some legitimacy, some of its elements are trying to heat up the campaign mood and organize stands to pretend there is free speech in the country. But some Iranians courageously challenge the system and speak out against the corruption and the crimes of the dictatorship, even highlighting their fear for their fates while expressing their views honestly.

#BoycottIranShamElections
"Give me one reason to vote. Should I vote for a thief among thieves? Our enemy is right here. It's not the US. The elections are sham. We've had it up to here! Don't insult our intelligence!" pic.twitter.com/0ihiPXRALZ

Ahvaz, SW #Iran
Iranians call for a massive boycott of Jun 18 elections.
Woman: Officials steal from us but don’t use the money to better the country. They will be like this forever. It’s in their nature.
Man: I won’t vote. I can barely make ends meet. We can’t breathe in Iran. pic.twitter.com/koqelsRKVG

Iranians Take the Matters into Their Own Hands

While the regime and its local authorities are too busy with the presidential sham elections in Tehran and City Council elections throughout the country, anger and frustration have driven many locals and farmers towards radicalization.

Jun 10 – Ardabil, NW #Iran
Naghdi Village locals blocked off the highway to protest their lack of drinking water. This is the 2nd time locals block the road in an attempt to bring attention to their plight. #IranProtests pic.twitter.com/obYsF1CVc3

Jun 10 – Shavur District, SW #Iran
Arab-Iranian farmers in Shavur protest the cutting off of their water sources by the state and a ban on farming in summer. #IranProtests pic.twitter.com/zUhOhMJfjQ

#IranProtests
Ardabil—women in vicinal villages block the access road venting their anger over the government's indifference toward their water dilemmas.
"We will only restore our rights by coming to the streets," they guide others the sole path for achieving their rights. pic.twitter.com/AKSLV2iDxM 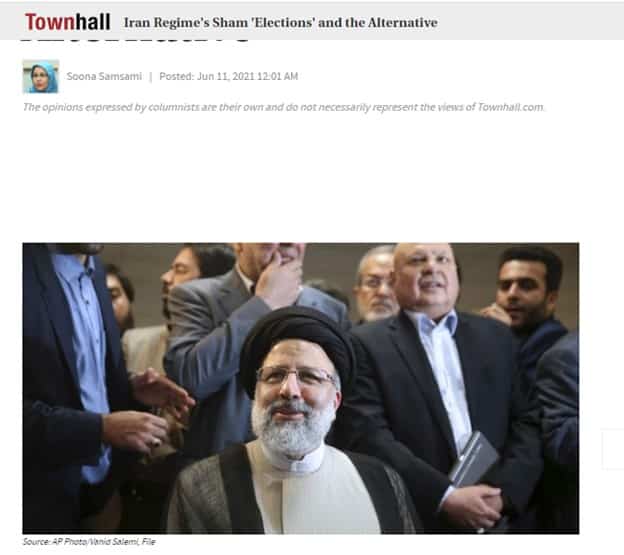 The Iranian regime’s upcoming presidential election has essentially become a one-man show. Truly democratic elections in Iran, by Western democratic standards, are a unicorn. But, this year, the Supreme Leader Ali Khamenei is desperate to consolidate power by ensuring his top candidate gets the presidency. To do so, he removed rival factions who had congregated under the misleading rubric of “reformists.” But his Guardian Council also axed lifelong cronies like Ali Larijani, signaling Khamenei’s inflexibility and vulnerability in the face of mounting crises.

Khamenei’s pick, Ebrahim Raisi, is the current Judiciary Chief. He is now the only serious candidate in the sham elections. Larijani, who was disqualified despite an otherwise perfect record of serving the theocracy for decades, kowtowed to Khamenei’s will and said he was “satisfied” with the decision.
Read more 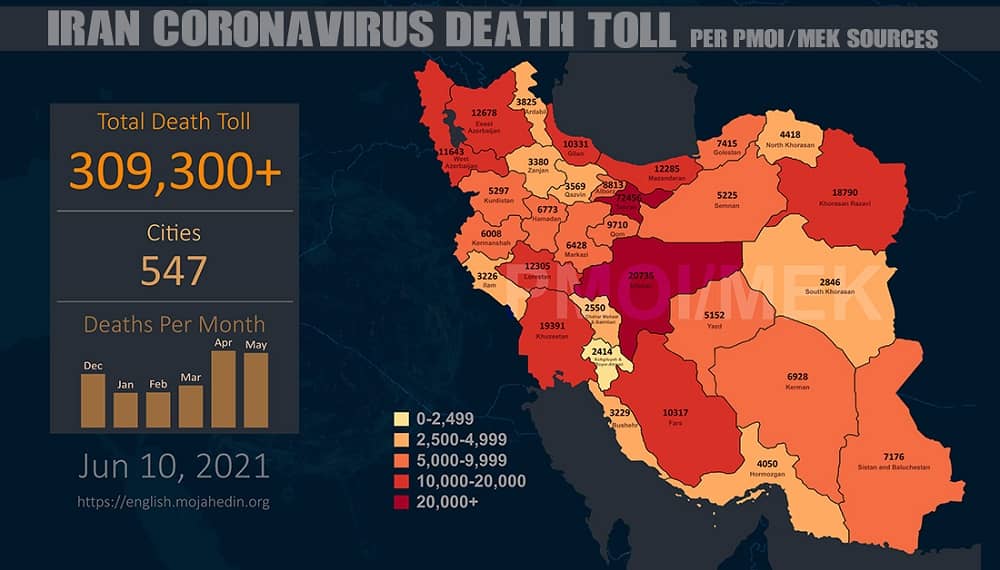 More than 309,300 people have died of the novel #coronavirus in 547 cities checkered across all of Iran's 31 provinces, according to the Iranian opposition PMOI/MEK.

The nationwide campaign to boycott the Iranian regime’s sham elections continues across Iran. Various segments of Iran’s society, especially families of the victims of the November 2019 nationwide protests, are stressing that they will not vote in the election in honor of the blood of their loved ones, and their calling on their compatriots to do the same in defiance of the Iranian regime’s tyranny.

The IAEA has expressed alarm that after many months, Tehran has not provided the necessary explanation for the undeclared particles at any of the 3 locations the agency has inspected.
Alireza Jafarzadeh explains why!

BEHIND THE IRAN HEADLINES:
🔶 The #IAEA has expressed alarm that after many months, Tehran has not provided the necessary explanation for the undeclared particles at any of the 3 locations the agency has inspected.
🔶 Alireza Jafarzadeh explains why!@A_Jafarzadeh #Iran pic.twitter.com/2lH0qamjiZ 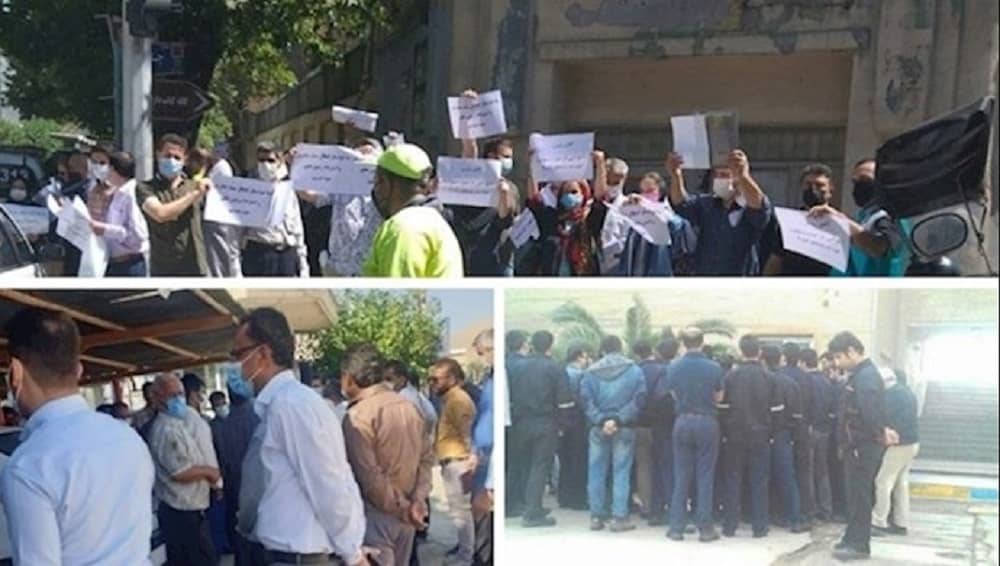 Science and experience show that economic growth and development is predicated on freeing the economy from political tyranny. Unfortunately, in Iran, the people have been deprived from their country’s rich resources and wealth because of the policies of the ruling regime and the repressive Revolutionary Guards (IRGC). This is why, despite the environment of repression, protests continue to erupt in every corner of Iran by communities who are fed up with the corruption and poverty that is plaguing the country. 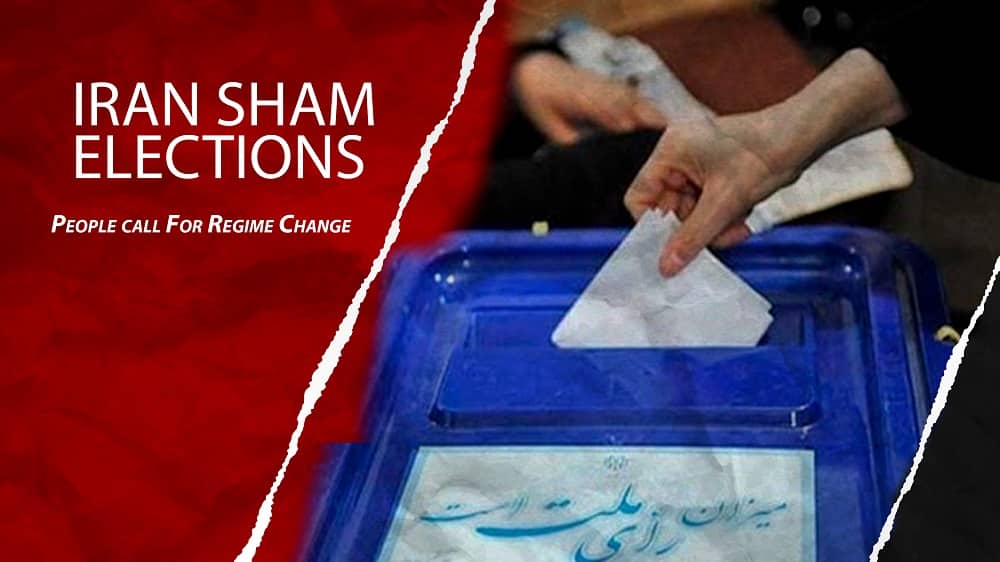 On Tuesday, the National Council of Resistance of Iran hosted an online discussion of Iran’s forthcoming presidential election which focused on the candidates’ records of criminal activity and human rights abuses. The presenters dedicated the majority of their attention to the leading candidate, Ebrahim Raisi, and the event was preceded by the release of a 30-page profile of the current judiciary chief which described him as a “mass murderer” and “perpetrator of genocide.” 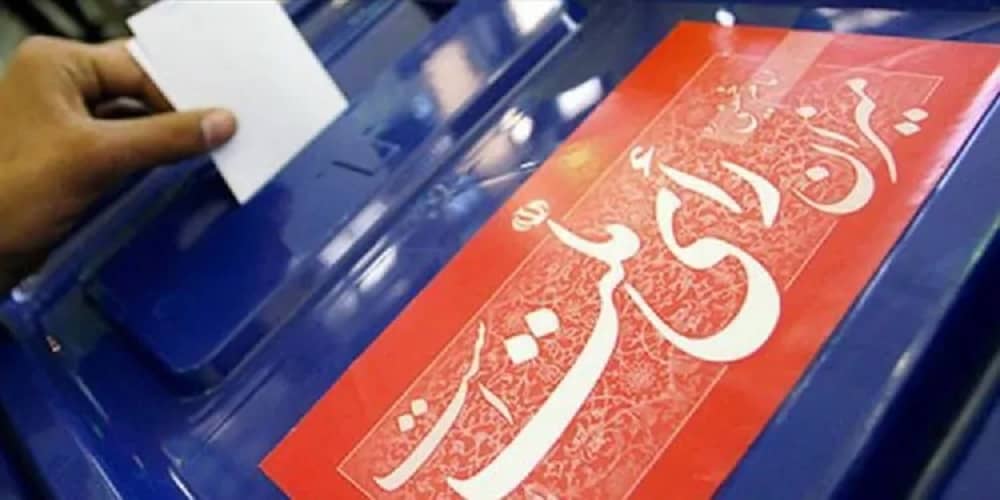 A retired teacher was detained on June 6 for protesting a cleric’s election propaganda at his cousin’s funeral in Germi County, northwestern Iran. According to the Human Rights News Agency, the man was identified as Issa Khabiri. Issa protested when a cleric stated at his cousin’s funeral that all should participate in the upcoming presidential elections. He was transferred to the city’s prison.

Political Prisoner Was Attacked After Being Held With Violent Criminals 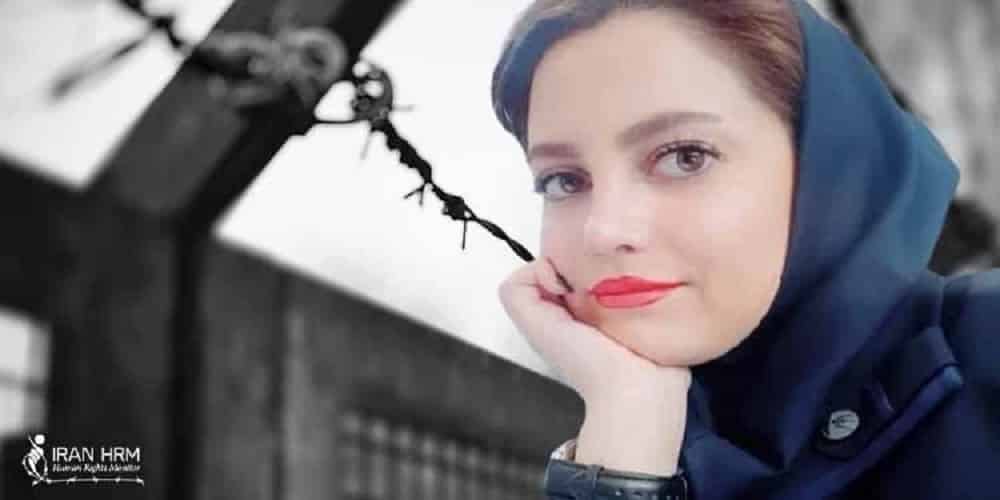 Political prisoner Shakila Monfared was beaten and injured on Monday, June 7, by a number of prisoners after she was unlawfully kept in a ward that holds inmates convicted of dangerous crimes in Qarchak Prison. Prisoners incited by prison staff attacked and insulted Shakila Monfared, injuring her with the lid of a tuna can. According to Iranian law, political prisoners are required to divide according to the nature of their convictions.