The Boycott Campaign Is Gaining Ground by the Day

With less than three days to go, resistance units throughout the country have increased their activities to call upon the population to boycott the sham election and deprive the regime of its long-strived aim; claiming legitimacy. These actions are expanding very quickly among ordinary Iranians and an unofficial grassroots movement is conquering the streets of Iran.

Iranians Continue to Challenge the Regime with its own Tools

While the regime desperately tries to use the public frustration and organizes “free speech” podiums to pretend people are free to express themselves and conclude things are going to change after the election, the wisdom that Iranians have gained through four decades of the regime’s deception and systemic corruption is turning the tides against the regime. In every city, citizens and locals use the opportunity to express their hatred and anger and ask for other people to join and rise up against the entire ruling system.

Iranian woman: "I won't vote because it's all a show. They've turned Iranians into scarecrows and are taking advantage of them. Why would I wait in line for hours to vote and risk COVID-19 when I know it won't make a difference!" #BoycottIranShamElections pic.twitter.com/p7DBYSsAWM

Kerman, SE #Iran
“I won’t vote because it would betray the 1,500 young people who were killed on the streets protesting gas price hikes. It would betray the mothers whose tears will not dry.” #BoycottIranShamElections pic.twitter.com/IZKuvtS2r7 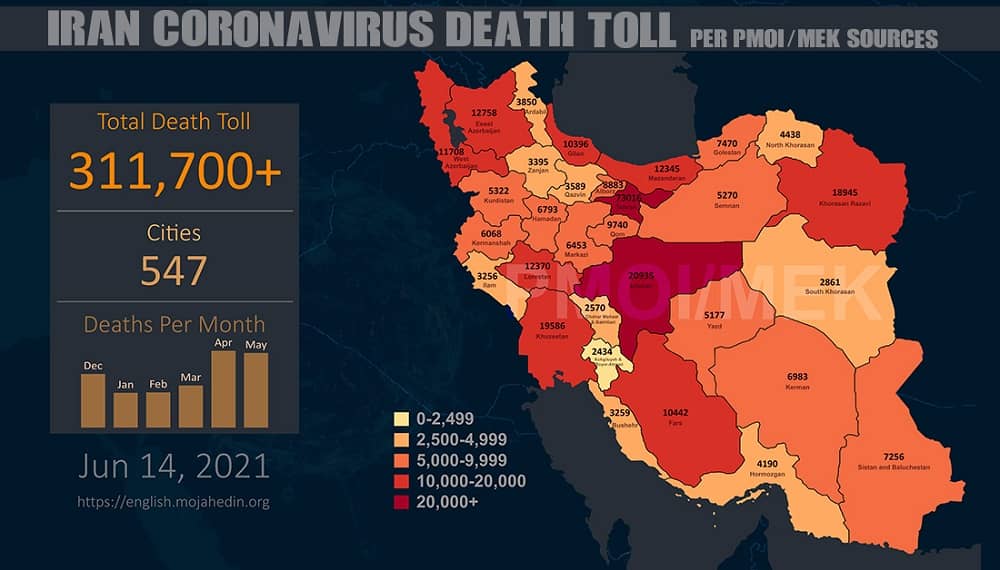 More than 311,700 people have died of the novel #coronavirus in 547 cities checkered across all of Iran's 31 provinces, according to the Iranian opposition PMOI/MEK.

Over the past week, supporters of the Mujahedin-e Khalq (MEK/PMOI) and Resistance Units called for a boycott of the clerical regime’s presidential election farce by posting banners and placards, writing graffiti, and distributing leaflets. These activities were carried out as the regime’s security forces were on maximum alert. People in different regions welcomed the campaign.
Read more 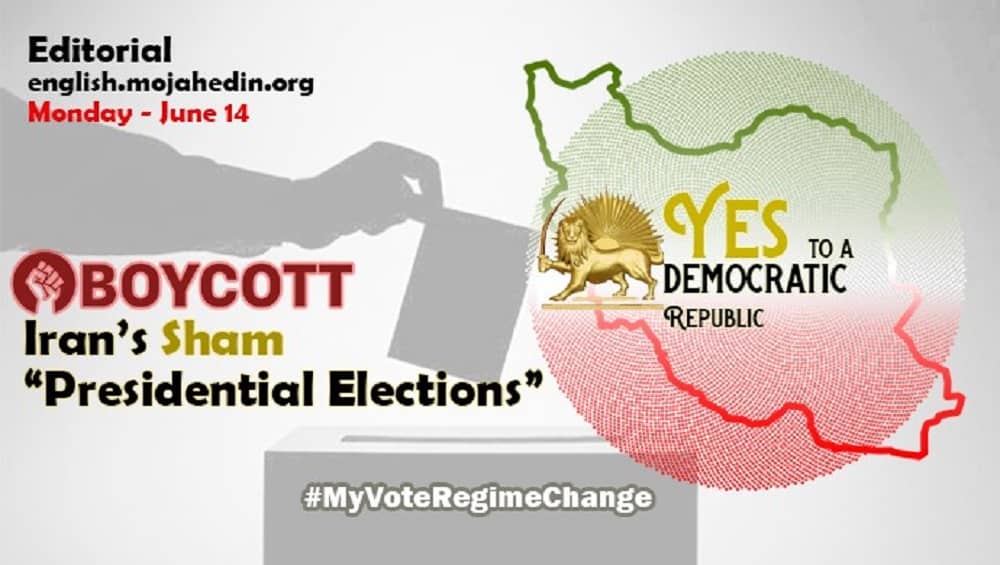 Less than a week remains to the Iranian regime’s sham elections. The mullahs, however, are facing a crisis of low public interest in the elections. State-run television reports are acknowledging that 90 percent of college students will not participate in elections. Three tightly controlled “presidential debates” have only added to the already escalating public outrage vis-à-vis all factions of the clerical regime.

The PMOI/MEK Resistance Units continue to spread slogans against the Iranian regime sham election calling for Iran presidential election boycott. They also install posters of the Iranian Resistance leader Massoud Rajavi and the NCRI President-elect Maryam Rajavi in public places. Their slogans and placards read, “My vote is regime change in Iran. Yes to a democratic republic. No to the mullahs’ sham election. Yes to a free election and a democratic republic. The Iranian people chant boycott mullahs’ sham election.”

Daring Speeches While Facing the Cruelty

Iranians, fed up with corruption and discrimination are standing up against the regime officials and even risk their lives to protest and call upon their fellow countrymen to boycott the presidential sham elections. These scenes are touching and unprecedented, even for the brave people of Iran.

Iranian woman: The kids of officials who chant death to the US live in the US with the people's money. Enough empty promises! Raisi has been Chief Justice for 2yrs. Which (corrupt official) has he brought to justice?! All the candidates are thieves! #BoycottIranShamElections pic.twitter.com/EJcdi6KKe0

Qom, near Tehran, #Iran
“I don’t need VOA to tell me not to vote (in presidential elections.) All I have to do is look at the people’s empty pockets. After 40 years of rule, even bread has become scarce.” #BoycottIranShamElections#IraniansBoycottElections pic.twitter.com/5ROAyVGpqj

A video compilation of angry Iranians tearing down and burning election posters & images of Iran’s Chief Justice & presidential hopeful Ebrahim Raisi. Raisi is best known for his part in the execution of thousands of political prisoners. 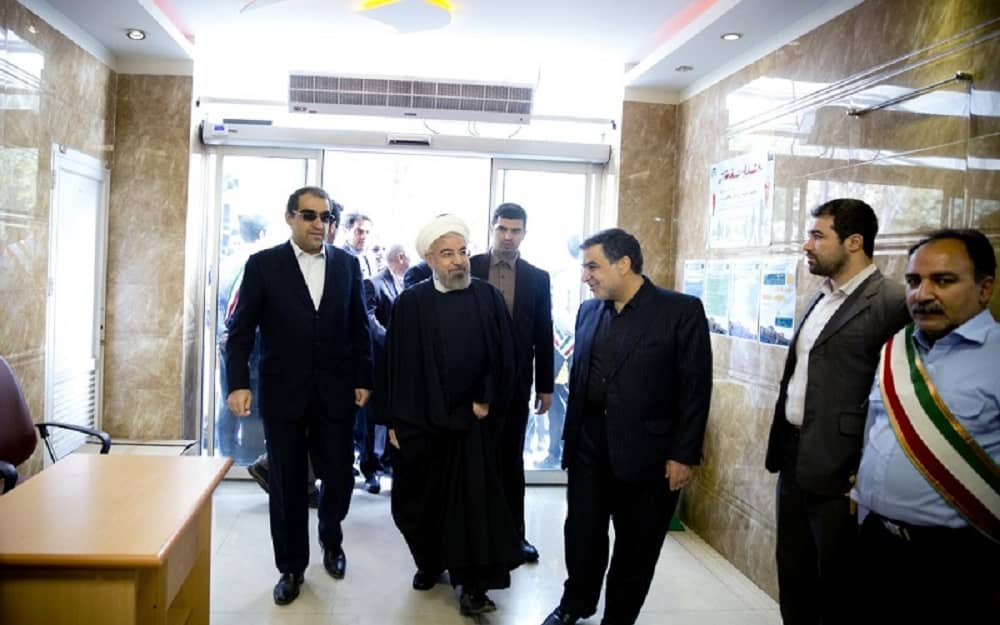 According to Iran’s state-run telegram channel Khabar Fori on June 12, 2021, the regime’s president Hassan Rouhani claimed there was a high level of health in Iran and said: “The government’s work in the field of health has been unprecedented since the Achaemenid period. The Health Transformation Plan surprised the world. Dozens of world leaders said how could you do that? The work of the Eleventh and Twelfth Governments (Rouhani’s presidential period) on health is unprecedented in the history of Iran. No such services have been provided to the people since the Achaemenid period.” 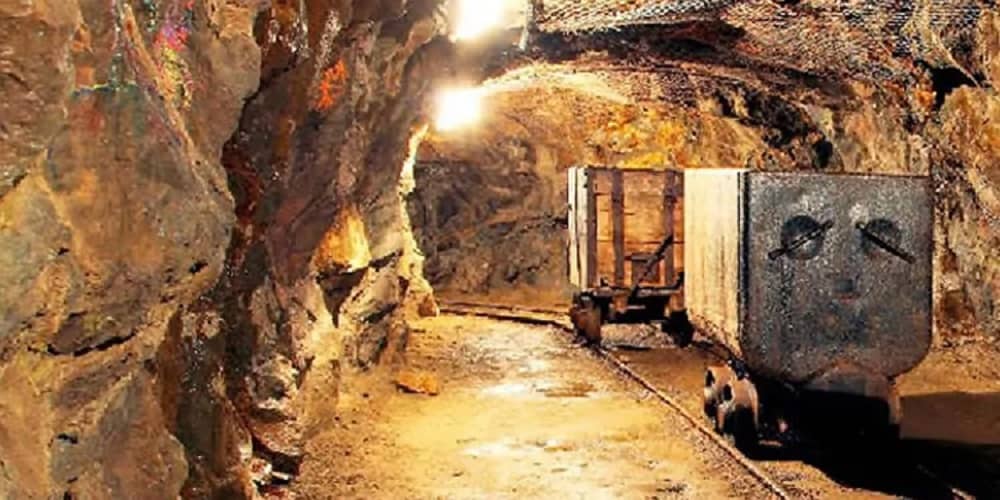 A mine worker in Sirjan, southern Iran committed suicide yesterday by hanging himself at his workplace. According to the state-run Rokna News Agency, the worker worked as a driver at the mine. His identity or his motive was not stated in the report. This is the third case within one week that Iranian workers attempt suicide. Due to Iran’s deteriorating economy, workers are facing severe pressure from delayed wages and other economic grievances.