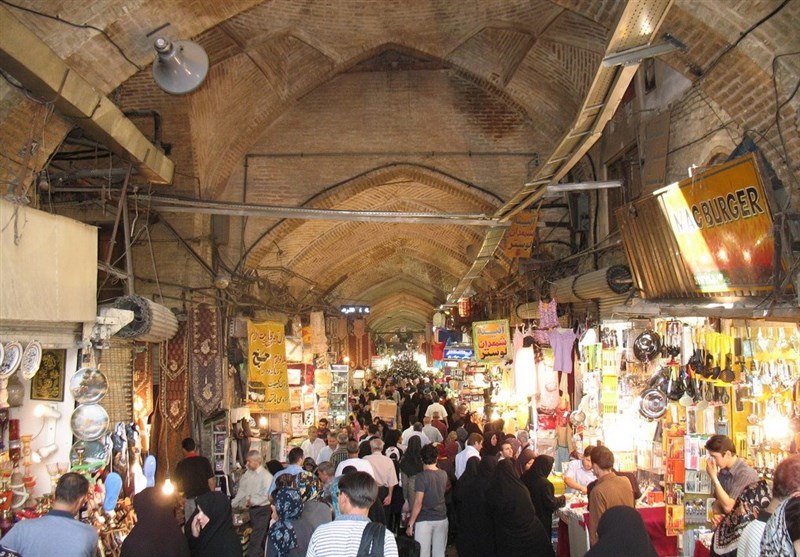 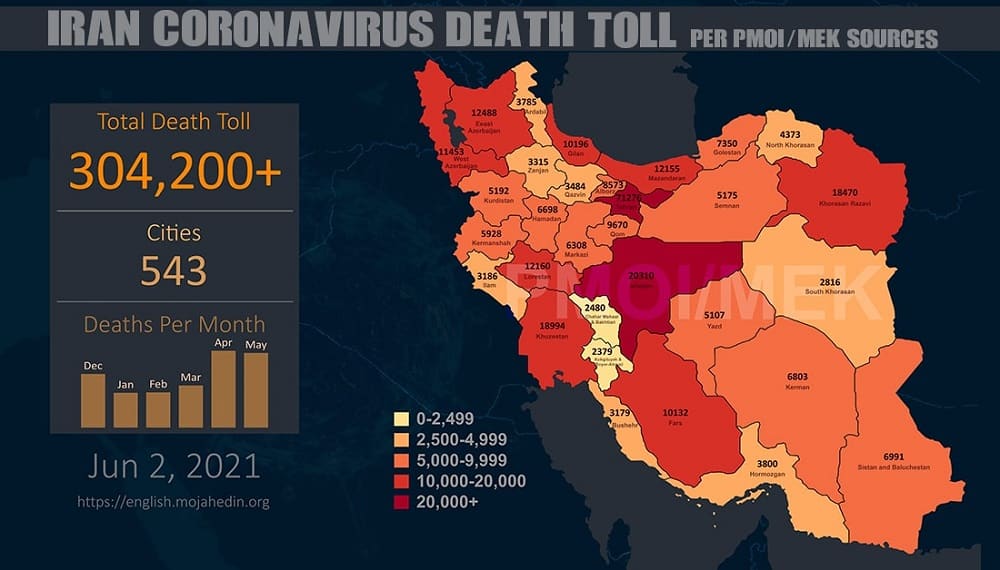 More than 304,200 people have died of the novel #coronavirus in 543 cities checkered across all of Iran's 31 provinces, according to the Iranian opposition PMOI/MEK.

“Iran election will not result in moderation”: MEK network

“Iran election will not result in moderation”: MEK network

While the Iranian regime has pushed the people into poverty and misery by stealing public wealth and squandering national assets on nefarious projects, it continues to plunge its hands deeper into the people’s pockets every day under various pretexts to steal what little they have left. Every day the people’s backs are bending more and more under the tsunami of economic, livelihood, and unemployment problems.

MEK Activities in May 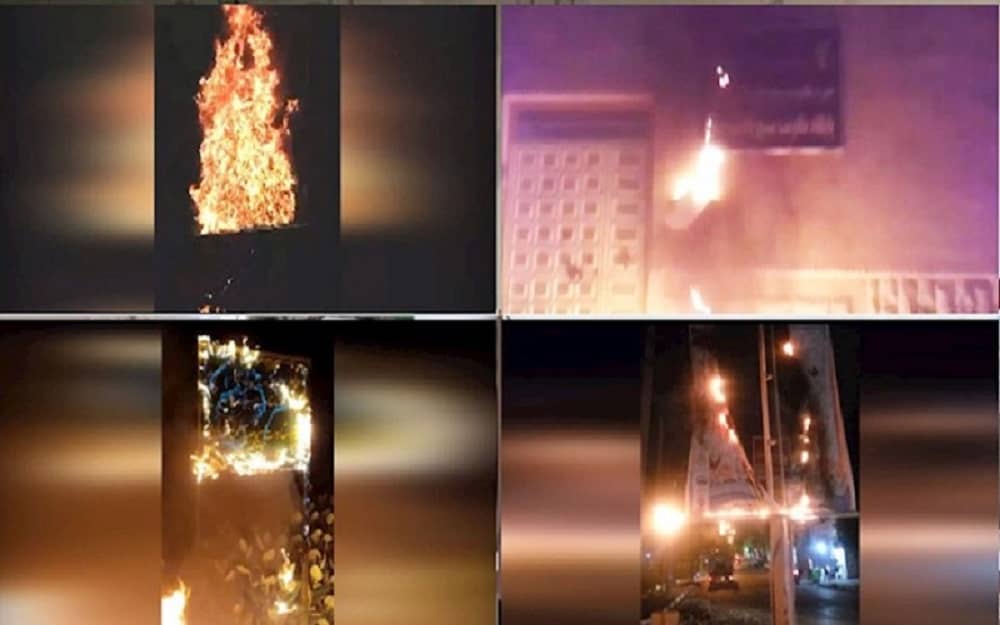 The People’s Mojahedin Organization of Iran (PMOI/MEK) and their Resistance Units carried out anti-regime activities in 310 areas of Iran during May, calling on Iranians to boycott the presidential elections on June 18. This is a massive uptick from April when this campaign began in earnest, where 250 places saw this type of anti-regime activities. The boycott quickly became a nationwide effort with the overarching chants of “A strong no to the religious dictatorship,” “We’ve heard so many lies that we won’t vote anymore”, “Our vote is regime change and boycott of the sham elections,” and “Down with Khamenei”. 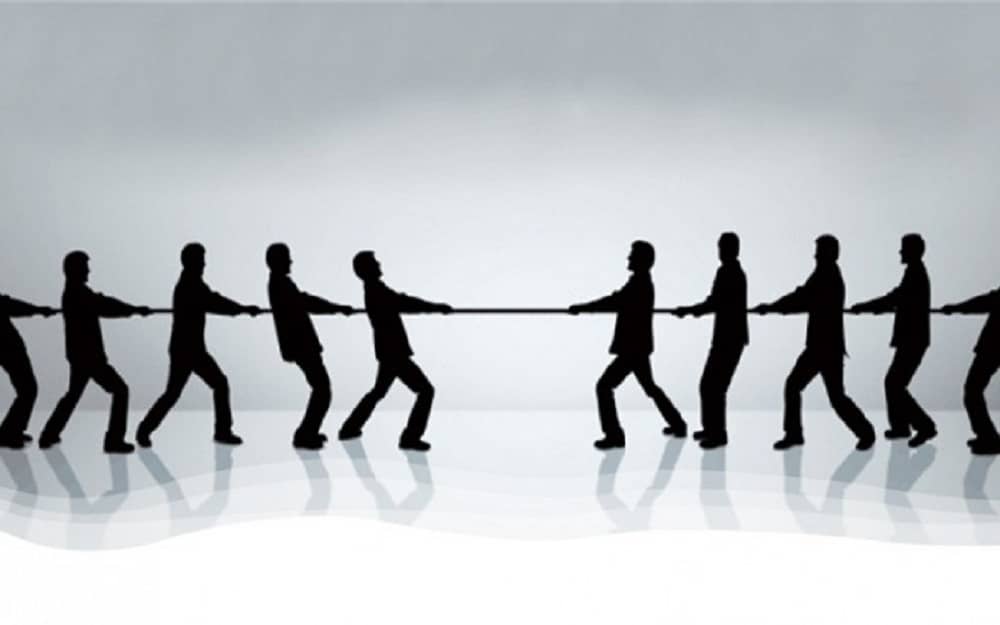 High-ranking current and former Iranian officials are admitting that the regime is facing a whole range of crises that could easily unseat the mullahs, in the same way, that the Shah was overthrown in 1979. These officials who are warning about (the likely) overthrow of the mullahs have spent four decades entrenched in the crimes of the regime, from human rights abuses to terrorism, so their statements prove that nothing will be able to stop regime change.

Young Teachers To Continue Their Protests Until Reaching Their Demand 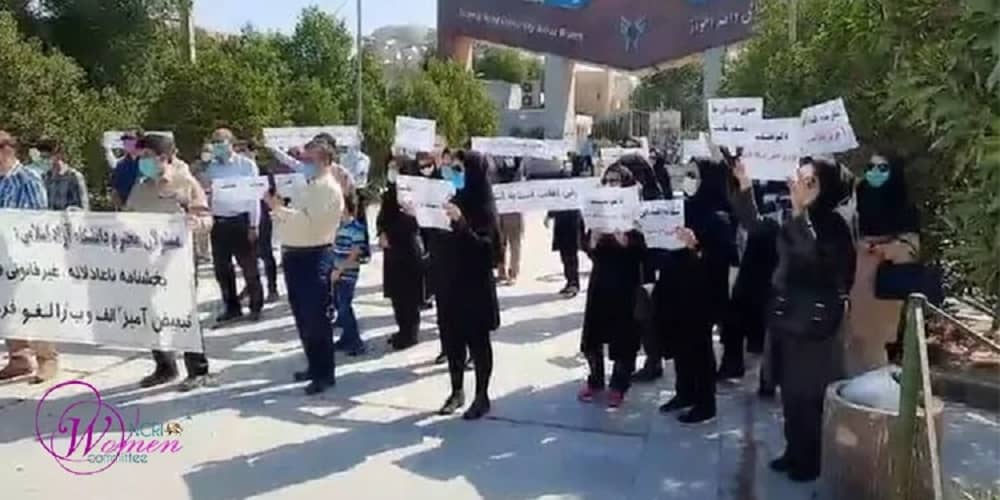 Iranian teachers with various forms of temporary contracts held protests in Tehran and Isfahan from May 29 to June 2, 2021, as this report is being published. Young teachers have vowed to continue their protests until their demands are granted. University professors in Khuzestan and Fars provinces, and defrauded clients cheated by Caspian and Estelak financial institutes in Tehran also held protests.

Previous articleIran: A Renewed Call For Information About Political Prisoner Arzhang Davoodi And To Save His Life
Next articleThe Cause of Iran’s Worsening Water Crisis