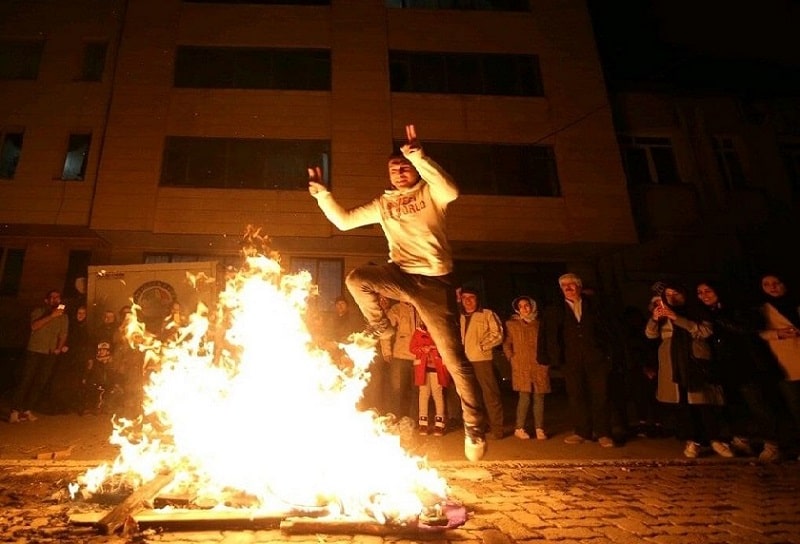 Despite broad efforts by the regime to prevent celebrations during the annual Fire Festival (Charshanbe Suri), marking the eve of the final Wednesday of the Persian calendar year, people across Iran celebrated this Persian tradition.

Iranian people celebrate Charshanbe Suri by lighting and jumping over fires. The regime fears that such assemblies can lead up to anti-regime protests. Therefore, every year, it takes intense measures to prevent any kind of celebration.

Maryam Rajavi, the President-elect of the NCRI, wrote in a Twitter message: “On the night of the final Wednesday of the year, we prepare to welcome the New Year, the year of regime change and freedom in Iran, by the Feast of Fire celebrations.”

In the tradition of Resistance Units, the people of #Iran set fire to the evil omen of the ruling clerics. The Fire Feast is harbinger of Iranian people’s uprising and their new day (#Nowruz) of freedom. #IranProtests pic.twitter.com/iihObsj5jG

Chaharshanbe Suri in Karaj, near Tehran, #Iran.
Voice says, "we will celebrate the fire festival to the dismay of Khamenei. Death to Khamanei and the Islamic Republic". pic.twitter.com/1W5GguzjEg

Mar. 16 – Urmia, NW #Iran
Iranians are celebrating Chaharshanbe Suri, or the fire festival with firecrackers despite a ban on firecrackers by the regime. pic.twitter.com/gwrE6GveJz 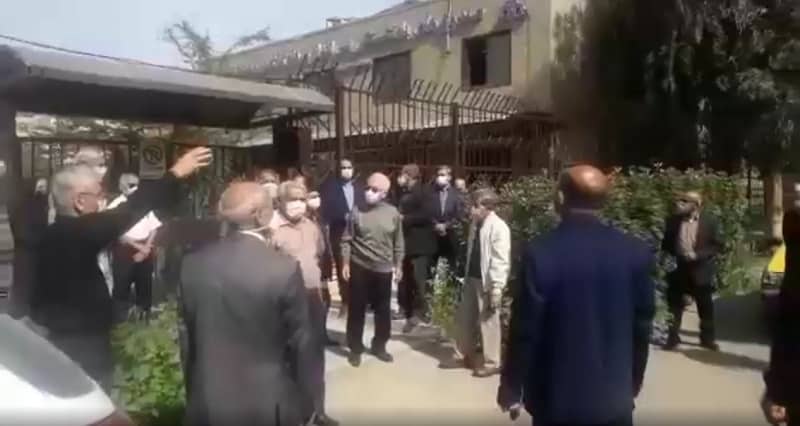 The retirees chanted slogans against the officials of the Ministry of Oil and demanded their rights. 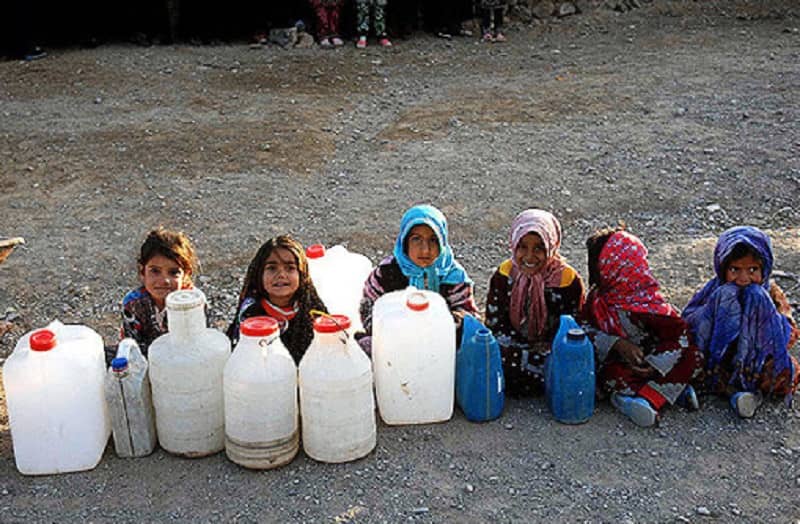 Locals in Zahedan, capital of Sistan and Baluchestan province facing water shortage since March 13. On March 15, the water was still cut off. Water shortages have caused severe problems for many citizens, and many homes do not even have drinking water.

Relevant regime officials are also indifferent to people’s problems. None of the regime’s organizations, including the Water and Sewerage Department and the governor’s office of Sistan and Baluchestan, have acted.

Long lines for poultry in Urmia, 4 days to Nowruz 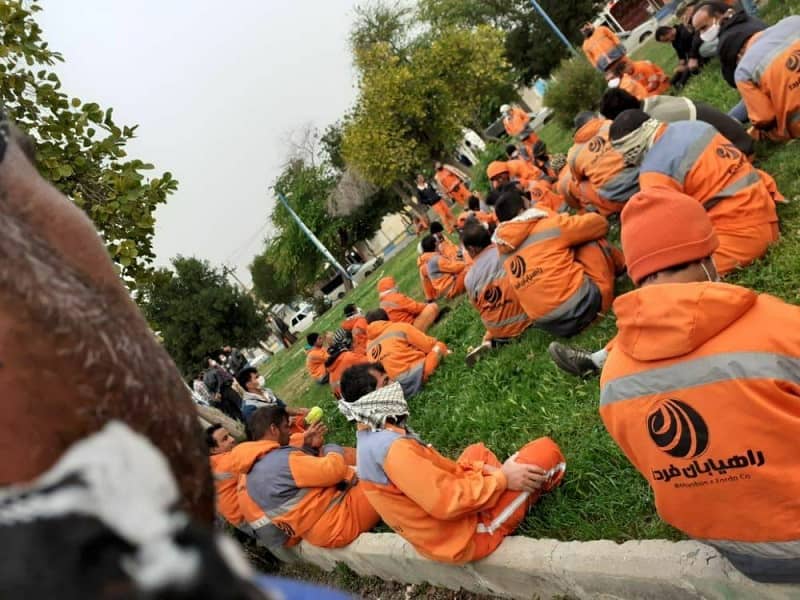 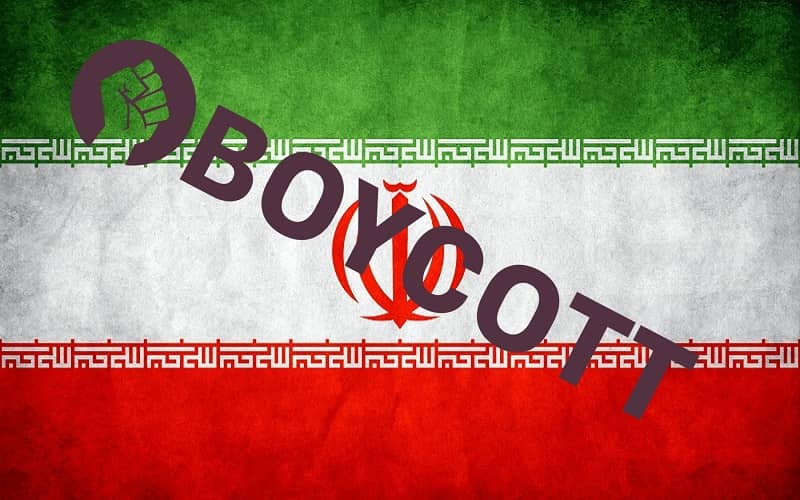 The state-run media in Iran are warning officials that the ever-growing economic and social crises are going to lead to social turmoil in the run-up to the sham presidential elections.

The government approved a plan on Sunday to raise workers’ salaries to 3.9 million tomans, which many officials bragged about, but the media reported that this is still way lower than the poverty line.

The Chief of Iran’s Cyber Police (FATA) in the southeastern province of Sistan and Baluchestan said yesterday that its agents had arrested an Instagram admin on charges of “blasphemy and disturbing public opinion”.

“This person opened Instagram accounts and posted insulting content in cyberspace with the motive to disturb public opinion and commit blasphemy, as well as encourage divisions between Shiites and Sunnis,” Hassan Kikha told the state-run Fars News Agency. The report did not identify the detained person. 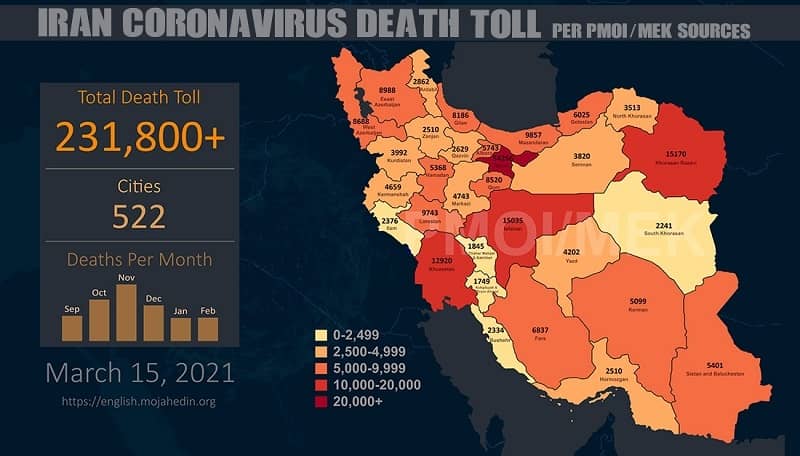 More than 231,800 people have died of the novel #coronavirus in 522 cities checkered across all of Iran's 31 provinces, according to the Iranian opposition PMOI/MEK. 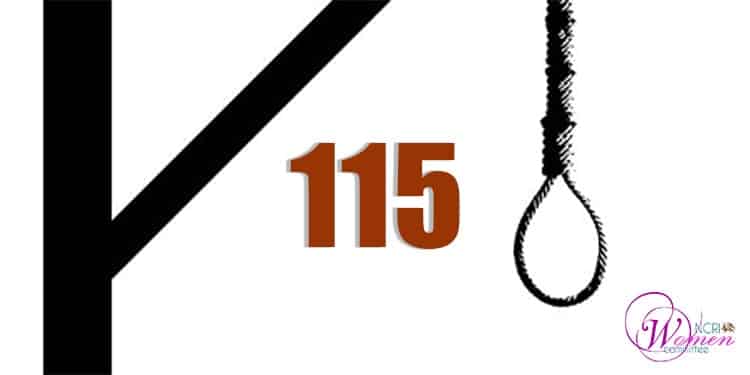 A woman was hanged in Lakan Prison of Rasht on Saturday, March 13, 2021. This is the 115th woman executed during Rouhani’s tenure as the clerical regime’s president.

The executed woman has been identified as Maryam Karimi (Massoumeh). She is married with a young daughter. Maryam Karimi was a victim of domestic violence. Her request for divorce had not been accepted by her husband. 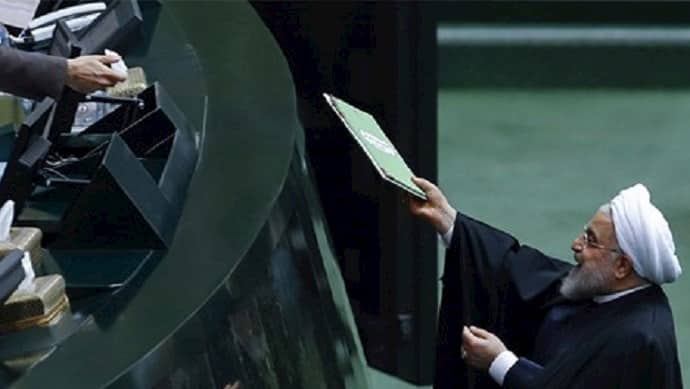 The Iranian regime’ is yet facing another crisis. After months of struggles, the 2021 budget was approved by the Majlis (parliament), only to be rejected by the Guardian Council with 60 objections.

The head of the regime’s central bank, Abdolnasser Hemati, desperately announced that the amendments to the budget will only cause more inflation and an increase in liquidity.

“The head of the central bank believes the approved budget figures will result in strong growth of printing money and liquidity,” the state-run Eghtesad News, March 7. 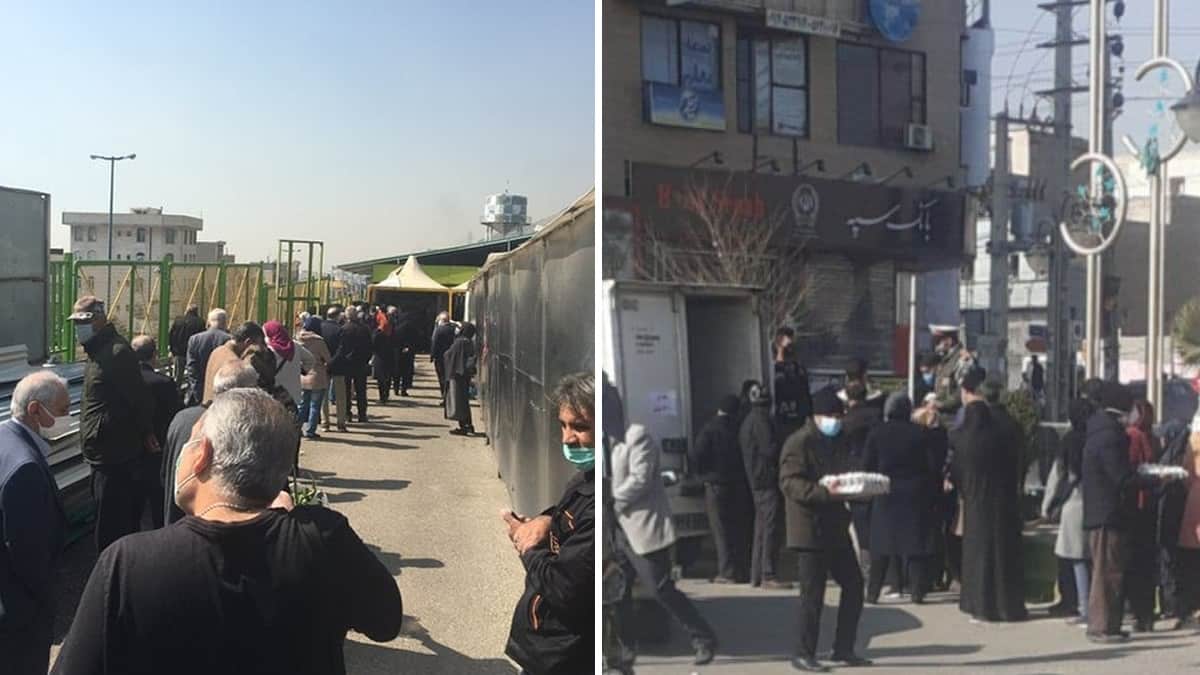 The Director General of Iran’s Office of Commerce affiliated with the Ministry of Industry, Mine and Trade said yesterday that some food items are exported out of the country, despite scarcity inside Iran. Sadif Beikzadeh said despite an export ban on basic food items such as cooking oil and poultry, some items do leave the borders.

“In the free market, the exchange rate is five times the government exchange rate (4,200 tomans) which is allocated to these basic foods. This means that the domestic price of these items is around one fifth of the price outside the border and under these conditions, the tendency to smuggle these items increases,” Sadif Bikzadeh said in an interview with the state-run ILNA News Agency.

Previous articleIran: Coronavirus Death Toll in 522 Cities Exceeds 231,800
Next articleIran: Extraordinary Mobilization of the Regime’s Repressive Forces in Fear of a Youth Uprising During Fire-Festival