MFA of Ukraine about the final report of the technical investigation of the downing of the UIA flight PS752: The investigation has been biased, presented proves are selective and conclusions are deceptive

Iran publicly released the final report of the technical investigation of the downing of the UIA flight #PS752.

🇺🇦FM @DmytroKuleba: "We are forced to conclude that the investigation has been biased, presented proves are selective and conclusions are deceptive". pic.twitter.com/sR1RU1zBwg

Atena Daemi was been forcibly exiled to Lakan Prison in Rasht, yesterday

Atena Daemi was been forcibly exiled to Lakan Prison in
Rasht, yesterday.

We urge @mbachelet and international human rights organizations to take immediate action to secure the immediate release of this resilient political prisoners.#freepoliticalprisoners pic.twitter.com/dz1nlXqoh7

Long lines for poultry in Urmia, 4 days to Nowruz – March 16 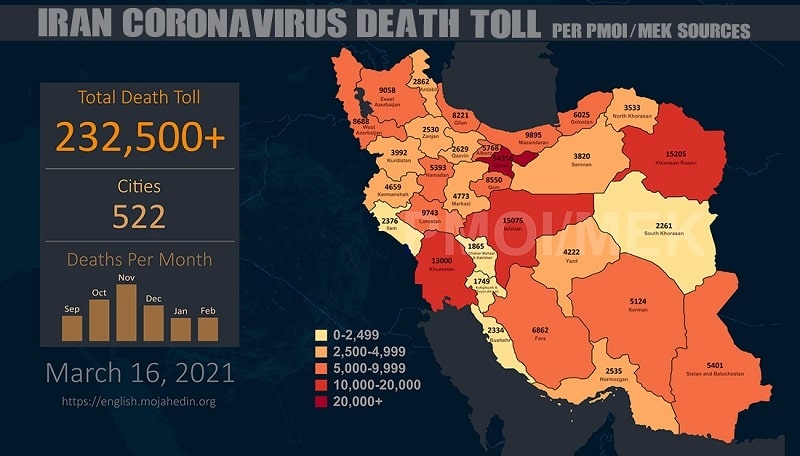 More than 232,500 people have died of the novel #coronavirus in 522 cities checkered across all of Iran's 31 provinces, according to the Iranian opposition PMOI/MEK.

Iranians Celebrate Fire Festival, Venting Their Anger at the Regime 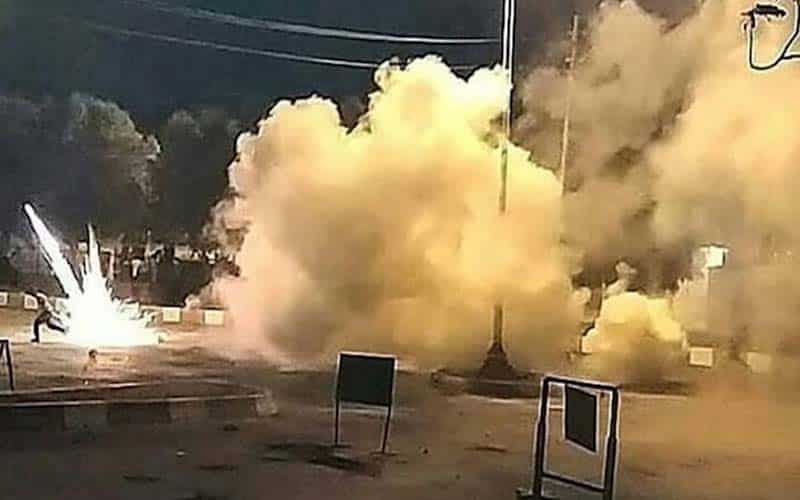 In other words, the people used this traditional ceremony to vent their anger at the entire ruling system. Previously, the Iranians were celebrating the eve of the final Wednesday of the Persian Calendar year by lighting small bunches of fire and jumping over them. They believed that they burn the darkness and symbols of illness, poverty, and misery to start a prosperous year on March 20 or 21. 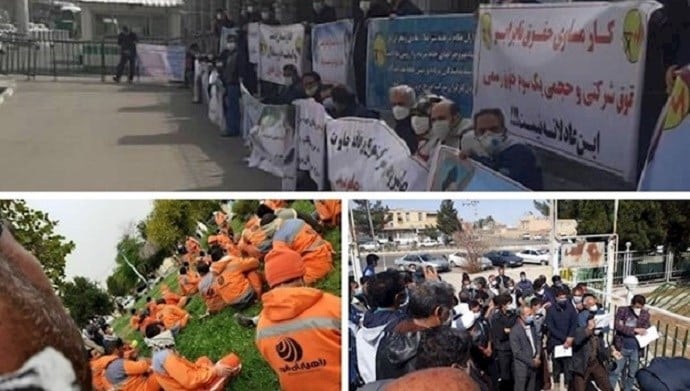 A group of electricity workers held a rally in front of the Majlis (parliament) on Tuesday, protesting officials’ neglection of their demands. These workers have held similar rallies in previous weeks, protesting unpaid wages, improper hiring procedures, unfair distribution of official and contract workers, and the involvement of contractor companies that are stealing a considerable part of their income.

One of the banners of the protesters states that contract workers are receiving a third of the salary of official workers.

On Sunday, March 14, Arash Varesi, a native of Bijar, western #Iran, imprisoned with his brother Nejat for 10 years, was executed in Zanjan Central Prison. Nejati has also been sentenced to death and is awaiting execution. pic.twitter.com/RRHsn5eCjA

Previous article
Iran: Coronavirus Disaster in 522 Cities in Iran Takes 232,500 Lives
Next article
Iran: Fire Festival (Chaharshanbe Suri), No.3 – Despite Mobilizing the Repressive Forces, the Youth Turned the Fire Festival Into an Act of Defiance Against the Regime