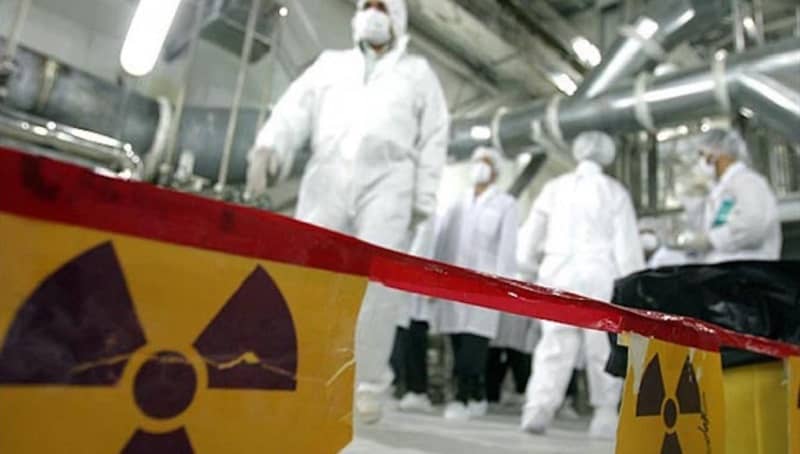 The February 23, 2021 report by the International Atomic Energy Agency (IAEA) states that they found anthropogenic uranium particles at two sites in Iran, sites that Iran refused to allow IAEA inspectors to access for months. Despite this, Iran has not answered the IAEA’s questions about these findings and IAEA Director Rafael Grossi expressed concerns over this.

One of the two sites is in the Abadeh region where the Marivan project is underway and the People’s Mojahedin Organization of Iran (PMOI/MEK) have recently revealed a lot of information about the site. 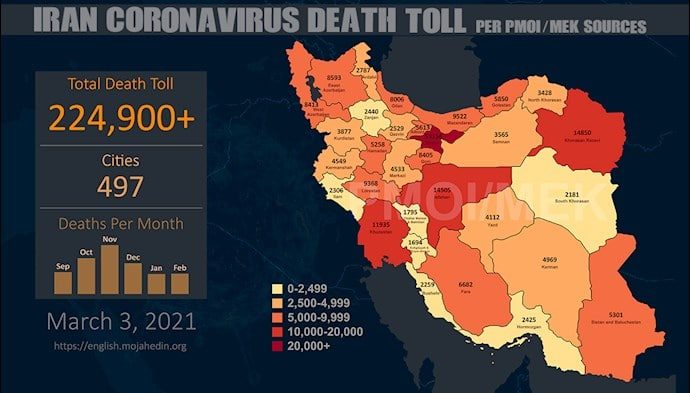 More than 224,900 people have died of the novel #coronavirus in 497 cities checkered across all of Iran's 31 provinces, according to the Iranian opposition PMOI/MEK.

MEK network inside Iran calls for overthrowing of Khamenei

In various cities across the country the network of the Iranian opposition inside Iran, the Resistance Units organized a vast campaign in support of the protests in Sistan and Baluchistan province.

In recent days, the Resistance Units installed huge posters of the Iranian Resistance leaders in Tehran, Mashhad, Zanjan, and Shiraz. They installed posters of the Iranian Resistance leader Massoud Rajavi with the slogan “The uprising of the people in Baluchistan is the uprising of all the Iranian people.” They also installed a poster of Maryam Rajavi, the president-elect of the National Council of Resistance of Iran (NCRI) that read “The rebels will overthrow the regime; Baluchistan is not alone.” This is while the regime punishes any form of support for the MEK with heavy sentences.

Long lines for government subsidized poultry have increased in several cities across Iran. Chicken has become scarce and ordinary Iranians can no longer afford poultry. Poultry farmers are shutting down their farms. They say production costs are more than their revenue.

The price of chicken feed, medicine, vaccines, and slaughter have increased. Poultry farmers are not allowed to raise their selling price. They say they cannot protest in fear of being arrested for “disrupting order” and that their only solution is to stop production.

Iran’s Leaders, Not the People, Are Afraid of Vaccines

Iran’s supreme leader Ali Khamenei’s decision to ban the import of a valid internationally approved vaccine into Iran is so irrational and inhumane that the officials of his government, although ostensibly endorsing it by publishing articles and discussions about the “harms” of the vaccine, but in the face of the stark reality of public and national demand for vaccines and the fear of popular uprisings, push reports about the arrival of vaccines in Iran, which, of course, is dripping in scale.

The question is why do the regime’s leaders oppose vaccines and vaccinations. They include Khamenei, who issued a ban on the valid vaccine to Iran, and President Hassan Rouhani, who raises doubts every day about the effectiveness of the vaccine?